After a report suggested that the Moto G71 5G will launch in India on January 10, Motorola went on to officially confirm the date. Now, reliable leaker Abhishek Yadav has tweeted a screenshot of the company’s website, giving us a glimpse of the price tag the smartphone will be carrying in India. If this screenshot is anything to go by, the Moto G71 5G will set you back INR 18,999 (about $255 or €225) in the country. In other words, it would be INR 4,000 more expensive than the G51, which is currently available in the country.

Motorola has been revealing the phone’s key feature in a bid to build more hype around the upcoming Moto G71 5G phone. The company claims that the Moto G71 5G will support a whopping 13 5G bands. As a result, the G71 5G will be supporting more 5G bands than any other phone in the segment. Aside from that, the company confirmed that the Moto G71 5G will be the first phone in India to pack an octa-core Qualcomm Snapdragon 695 processor under the hood. Moreover, the Indian version of the G71 will sport a 6.4-inch OLED display with Full HD+ resolution. 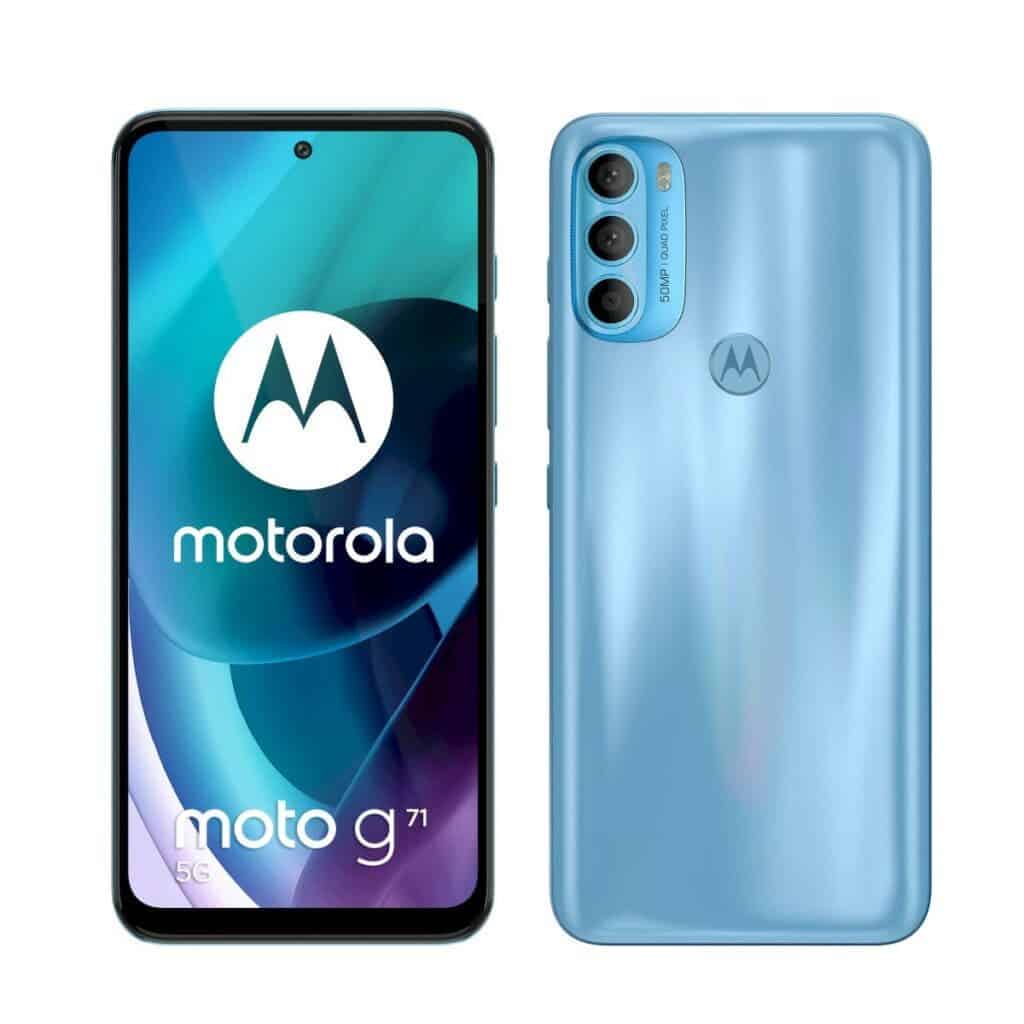 Regrettably, a report by GSM Arena claims that the display will not support a high refresh rate. Nevertheless, the screen will support 700nits brightness and pixel density of 490ppi. In terms of optics, the phone will feature a 50MP main camera at the back. Furthermore, this primary camera adopts a Quad pixel technology. In addition to that, the phone will come with an 8MP ultra-wide-angle camera that also works as a macro sensor. Aside from that, the Indian model will house a macro-vision camera.

The Moto G71 5G Indian version uses a 5,000mAh battery with 33W fast charging support to power up the entire system. Moreover, the phone will carry an IP52 rating for water resistance. Also, it will deliver a stock Android experience and come with ThinkShield for mobile. Furthermore, Motorola has confirmed that the Moto G71 5G will receive the Android 12 upgrade and security patch updates for two years. The phone will ship with 128GB of built-in storage capacity. Aside from that, it will be available in Arctic White, and Neptune Green color options.

Motorola Moto G71 5G will launch in India on January 10