Motorola has just unveiled a new Moto G-series smartphone with 5G connectivity in the Indian market. The company is pushing its portfolio of 5G handsets in the emerging market even though there is still no operational network in the country. Despite this, the competition in India is tough and companies want to be prepared for the boom that the 5G deployment will cause in the market. Some customers also want to be prepared and that’s why the offer of 5G smartphones is expanding. The Moto G71 5G is the latest addition from Motorola and brings a chipset that we don’t see every day. Without further ado, let’s see what this device has in tow.

The Moto G71 5G flaunts a 6.4-inch Full HD+ OLED Display with a 2,400 x 1,080 pixels of resolution. The AMOLED panel, however, does not reach the mid-range market without sacrifices. The device has a standard 60 Hz refresh rate, which is becoming unusual these days. Despite this, the panel is quite bright and has a decent 88.8 percent screen-to-body ratio. There is a center punch-hole for the selfie snapper.

Under the hood, the Moto G71 5G packs the Qualcomm Snapdragon 695 processor. This is one of the newest Qualcomm chipsets for the Snapdragon 6xx family. It’s built on the 6 nm process and brings the Adreno 619 GPU, which is aging in 2022. The handset comes with up to 6 GB of LPDDR4X RAM, and 128 GB of UFS 2.1 storage. Motorola is also providing users an option to expand the store further with the micro SD card slot. 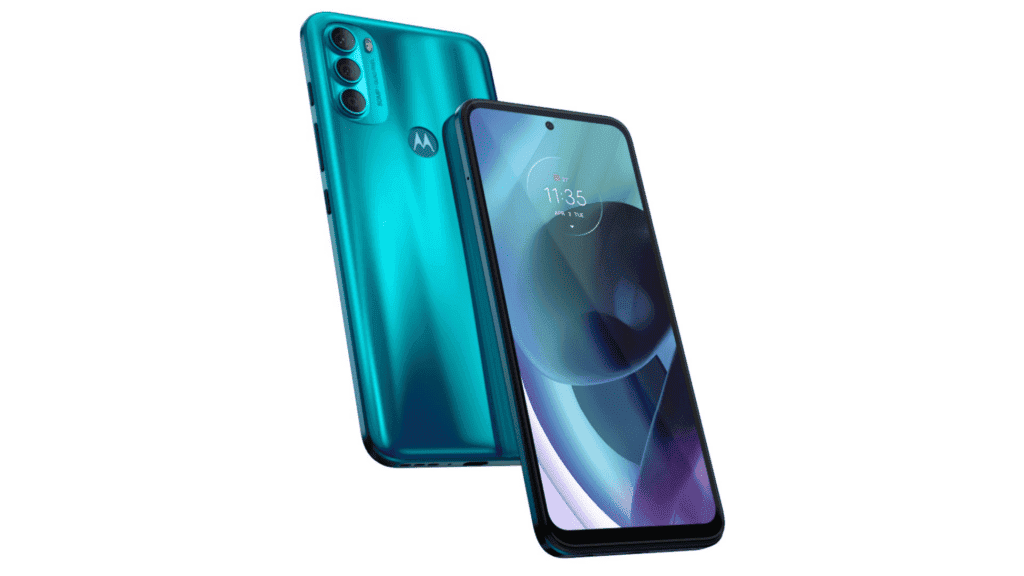 Moving on to the cameras, the smartphone flaunts a triple-rear camera setup and an LED flash. The primary sensor on the Moto G71 is a 50 MP shooter with f/1.8 aperture and Quad Pixel technology. There is also an 8 MP ultrawide snapper and a macro vision camera. For selfies and video calls, there is a 16 MP snapper with an f/2.2 aperture.

The Moto G71 packs a 5,000 mAh battery unit with 33W fast-charging support. The device has a Type-C connector, a 3.5 mm audio jack, a rear-mounted fingerprint scanner, a dedicated micro SD card slot, a Google Assistant button, and more. The device runs Android 11 straight out of the box. Motorola will update the handset to Android 12 and will keep bringing security updates in the next years.

Next Redmi K50 series smartphone passes by Geekbench with SD870