Not so long ago, the popular benchmark AnTuTu platform has published charts for December, identifying the most powerful Android smartphones among flagship and mid-range devices. But it was compiled with a reference to the Chinese market. Now it’s time to learn about the most powerful on the global market. 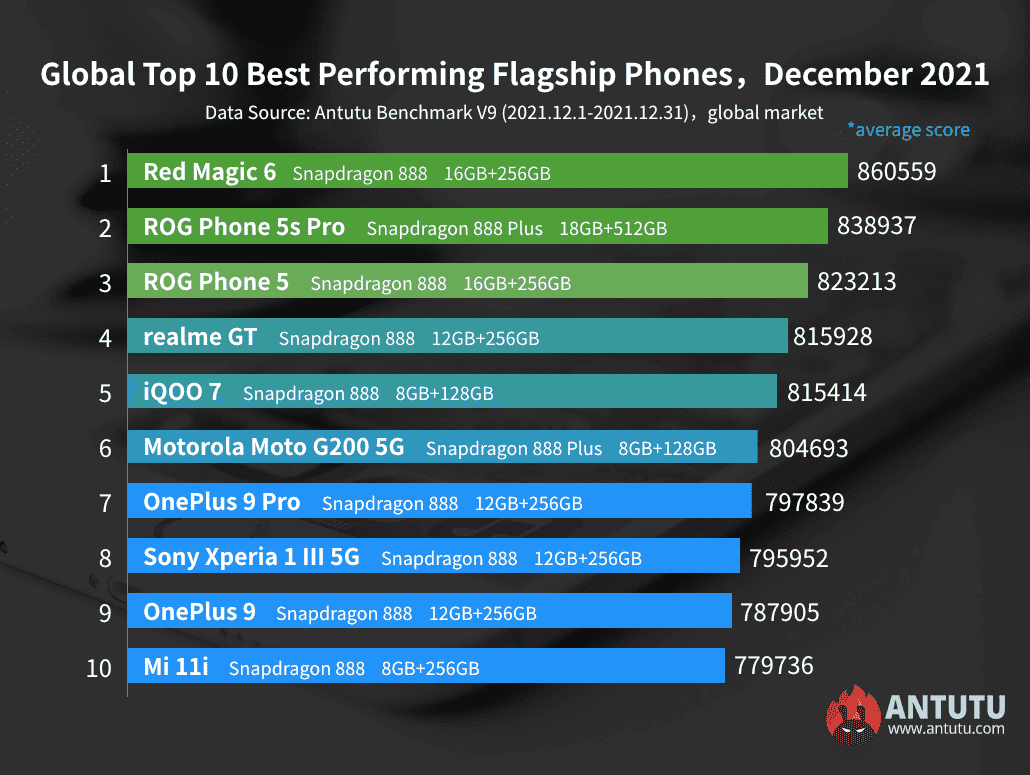 The fourth position was taken by realme GT, leaving behind the iQOO 7 and Moto G200 5G. The OnePlus 9 Pro managed to take the seventh place, and from the eighth to the tenth places were taken by the Sony Xperia 1 III 5G, OnePlus 9 and Xiaomi Mi 11i.

The rating of the most powerful in the middle segment is strikingly different from the Chinese chart; but here there is a similar feature – models with Snapdragon 778G rule. Six places out of ten were taken by smartphones with this chip from Qualcomm, and they all fell on the first six positions: Realme GT Master Edition, Xiaomi Mi 11 Lite, Xiaomi Mi 11 Lite 5G NE, Honor 50, Samsung Galaxy A52 s 5G and Galaxy A52 5G. 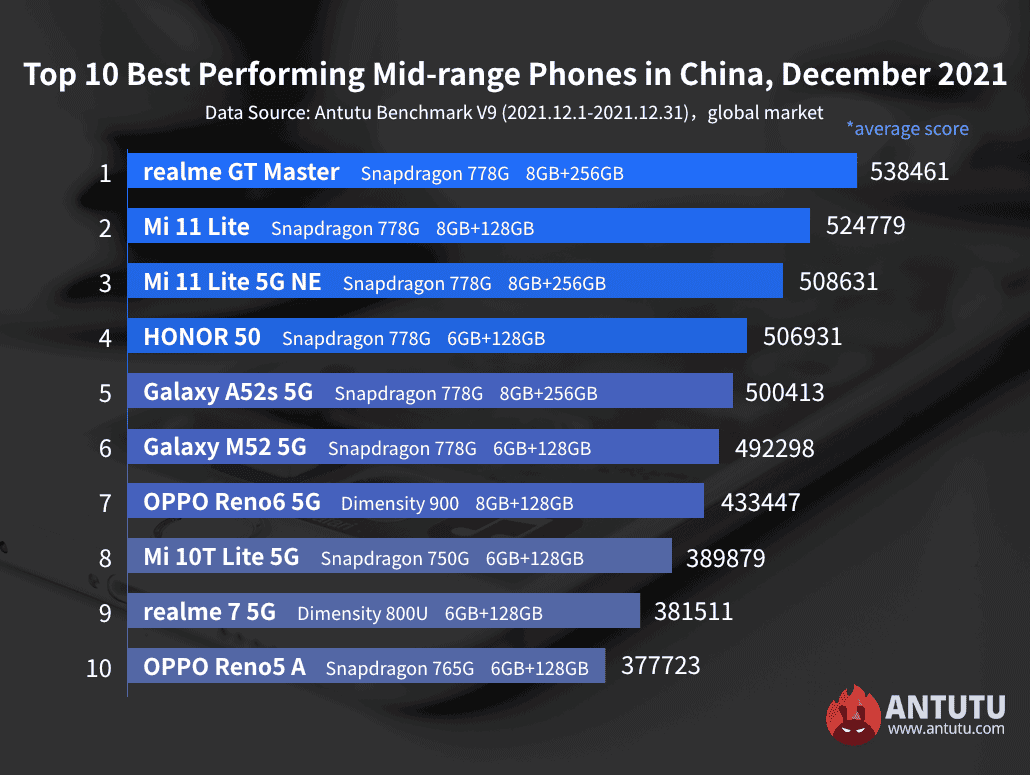 But then we have a mix. So, the Oppo Reno6 5G based on Dimensity 900 was on the seventh line; and the Xiaomi Mi 10T Lite 5G with the Snapdragon 750G processor took the eighth position. Closed the top 10 most powerful in the middle-class Realme 7 5G and Oppo Reno5A; with Dimensity 800U and Snapdragon 765G chips, respectively.

Compared with the Chinese Android phone market, the global market is relatively stable. It can be said that the Chinese market has always been more competitive than any other market. One week after Qualcomm released Snapdragon 8 Gen 1, the first new Android phone; equipped with this chip has already been launched in the Chinese market. So far, there are four new Snapdragon 8 Gen 1 flagship phones launched in the global market; all of which are in China. It’s also worth noting that Samsung; which used to be the leader in launching next-generation Android flagship phones, has been largely ignored by the Chinese market.

Previous The most durable and fragile smartphones of 2021