Benchmark platforms can be in use to quickly and easily determine a device’s true power. With the help of AnTuTu’s service, it is now possible to compare all of the Android smartphones that are currently available and determine which has the greatest hardware.

Let’s start by noting that you should concentrate on a smartphone with a Qualcomm Snapdragon 8+ Gen 1 SoC if you are seeking a powerful one. In fact, this chipset controls the top three performing Android handsets.

Instead, if you look at the top 10 devices in order, up to 9 of them have a Qualcomm SoC. The Dimensity 9000 from MediaTek is the only chipset not produced by the American chipmaker present in the top 10. 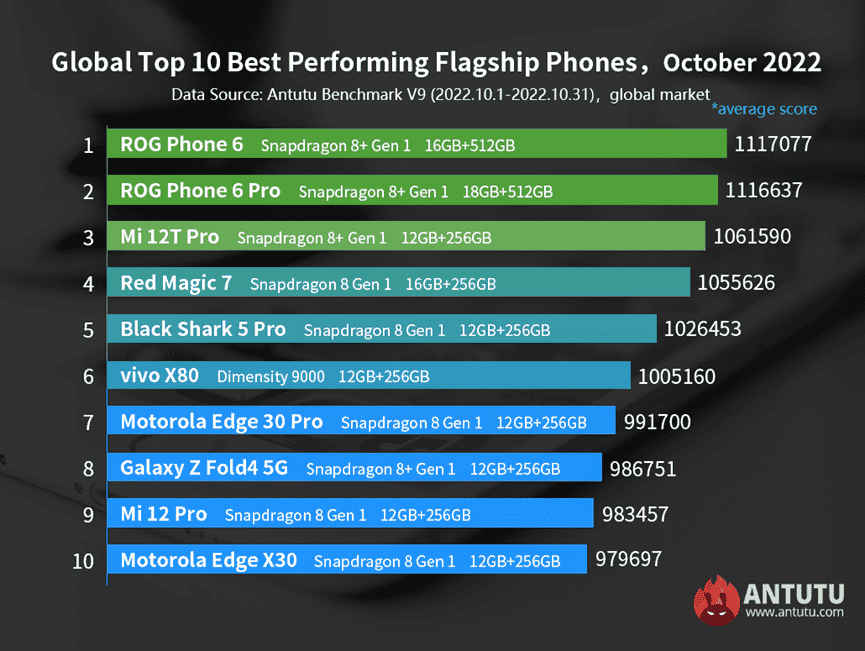 The most powerful Android smartphone now on the market among the flagship models from different manufacturers has been revealed by AnTuTu, and it is not what you might anticipate!

In addition, Red Magic 7 and Black Shark 5 Pro are located in positions four and five, respectively. Also, the Vivo X80, which is the only device running the MediaTek SoC, is currently in sixth place.

The Motorola Edge 30 Pro, Galaxy Z Fold4 5G, Xiaomi Mi 12 Pro, and Motorola Edge X30 round out the top 10. All of these devices—excluding the Plus version—are powered by the Qualcomm Snapdragon 8 Gen 1 SoC.

The full AnTuTu rating of the top 10 Android devices, which takes into consideration the outcomes of the benchmarks, is shown below:

The best 5 cheap smartphones you can buy in 2022