Back in the last month, Motorola surprised everyone with the Motorola Edge X30 as the world’s first smartphone with Snapdragon 8 Gen 1. Now, the device is about to also become the first smartphone with this chipset to reach the international markets. However, Motorola may adopt a new moniker to make it more familiar to global customers. The device is about to come as Motorola Edge 30 Pro which makes much more sense as the company’s last international flagship was the Motorola Edge 20 Pro. The handset has just passed through the NBTC certification with this moniker which makes its launch imminent.

So far plenty of smartphones has been unveiled with the Snapdragon 8 Gen 1 SoC in China. For instance, we have the Motorola Edge X30, the Xiaomi 12 and 12 Pro, the Realme GT 2 Pro, and also the recently unveiled OnePlus 10 Pro. Besides the chipset, another thing that all these smartphones have in common is their currently only-China availability. We know that it’s just a matter of time until all of them reach the global markets, but apparently, Motorola is coming first. 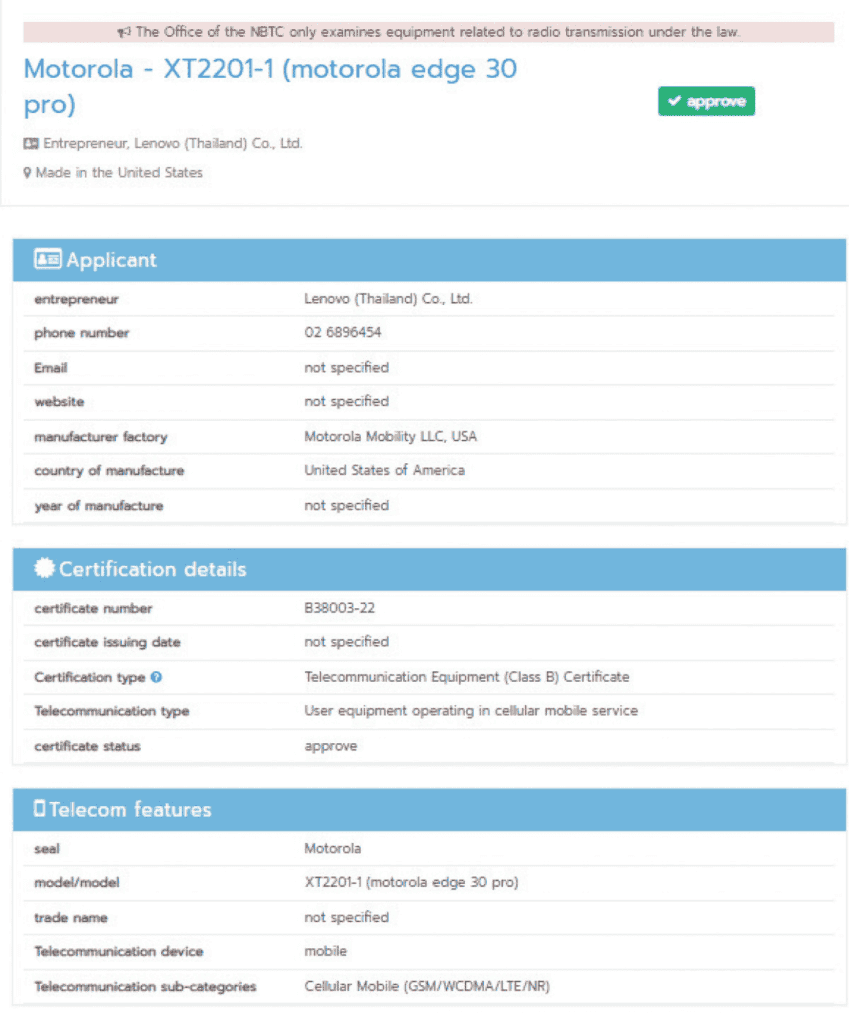 The NBTC certification papers suggest that the new flagship will change its names for the international waters. The documentation reads as “Motorola Edge 30 Pro”. It’s easy to know that it is the same smartphone since it packs the model number XT2201-1 whereas the Motorola Edge X30 has the model number XT2201-2. The digit after the dash typically denotes regional versions of the same phones. That will be the case with those two smartphones.

The listing does not bring further details about the smartphone. However, considering the Motorola Edge X30 is already on the market, there shouldn’t be any surprises in terms of specifications. Also, we don’t know which kind of strategy the company will adopt. It could be a multi-market release or a specific list of countries’ releases. Only time will tell. Hopefully, Motorola will come soon with more details.