Realme is an independent and strong brand that is increasingly pushing Xiaomi where previously its positions were almost invulnerable. The Realme 9 series, which has been on the news feeds lately, is called upon to strengthen the company’s position in the market. Yesterday, the company announced the release date of Realme 9 Pro in India. 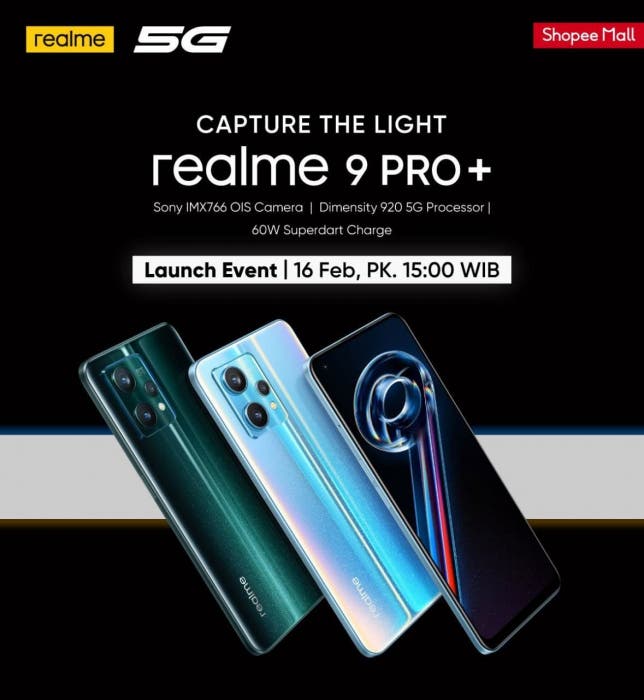 Realme 9 Pro and 9 Pro+ will premiere on February 16th. Along the way, promotional posters were posted on the network, revealing the key details of the new products. So, in the case of 9 Pro +, the emphasis is on the fact that the smartphone will receive an AMOLED display with a refresh rate of 90 Hz, a Dimensity 920 chipset, an NFC module, a 50-megapixel Sony IMX766 sensor with OIS support and 60 W fast charging. 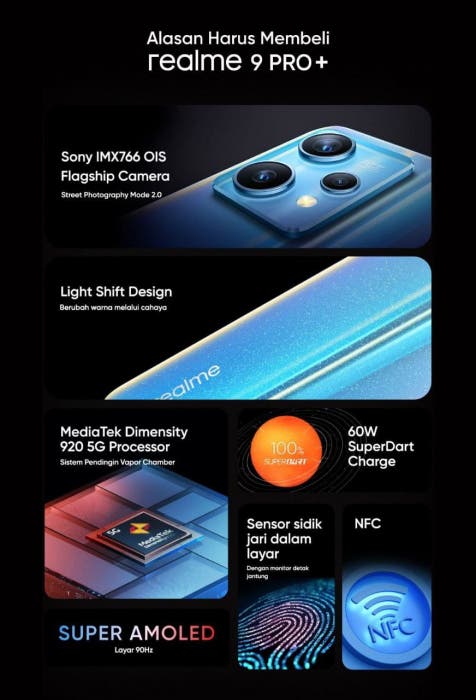 Among the features, the company lists the back cover; which is able to change color under the influence of ultraviolet radiation. The Realme 9 Pro+ will also offer an in-display fingerprint scanner and a heart rate sensor. According to other sources, the smartphone will be equipped with 6/8 GB of RAM, a 128/256 GB flash drive, a 4500 mAh battery and an Android 12 operating system with a Realme UI 3.0 shell.

Inspired by sunrise, #realme9ProSeries light shift design is born.⁰ From light blue to red, just like the sky from dusk to dawn. 💙 if you like. #CaptureTheLight pic.twitter.com/MixD12jjmV

Realme 9 Pro + will monitor the health of the user

The fact that we are waiting for the announcement of the Realme 9 family has been talked about for a long time and persistently. Everything goes to the fact that the presentation of Realme 9 Pro and Realme 9 Pro +; which should take place on February 16, will not bring surprises. We will know about the new products even before their release. And this is due not only to network insiders but also to the company itself.

In addition, recently, the manufacturer posted a teaser on the network; which indicates that the 9 Pro + will be able to measure the owner’s heart rate. Judging by the image, the heart rate sensor is integrated into the display. Such a solution is not a novelty and there are already devices on the market that allow you to measure heart rate using a smartphone camera or a sensor built into the screen. A few years ago, Samsung installed a heart rate monitor on its flagships; but with the appearance of wearable gadgets, this practice was abandoned.

Previous DeepMind Says Its AlphaCode AI Can Write Codes, But Is It Great?

Next Qualcomm makes good money selling chips despite the shortage