Everything at the Galaxy Unpacked event happened according to the plan. Apart from the much-awaited Samsung Galaxy S22 series smartphones, the manufacturer also released not-less-popular Samsung Galaxy Tab S8. It’s a $699 Android tablet that is going to beat all of its rivals.

Externally the Samsung Galaxy Tab S8 doesn’t differ from other Android tablets on the market. It has dimensions of 10 x 6.5 x .02 inches and weighs just over a pound. The company still retains the thin bezels around the display, which is an 11-inch WQXGA (2,560 x 1,600 pixels) 120Hz LED screen. 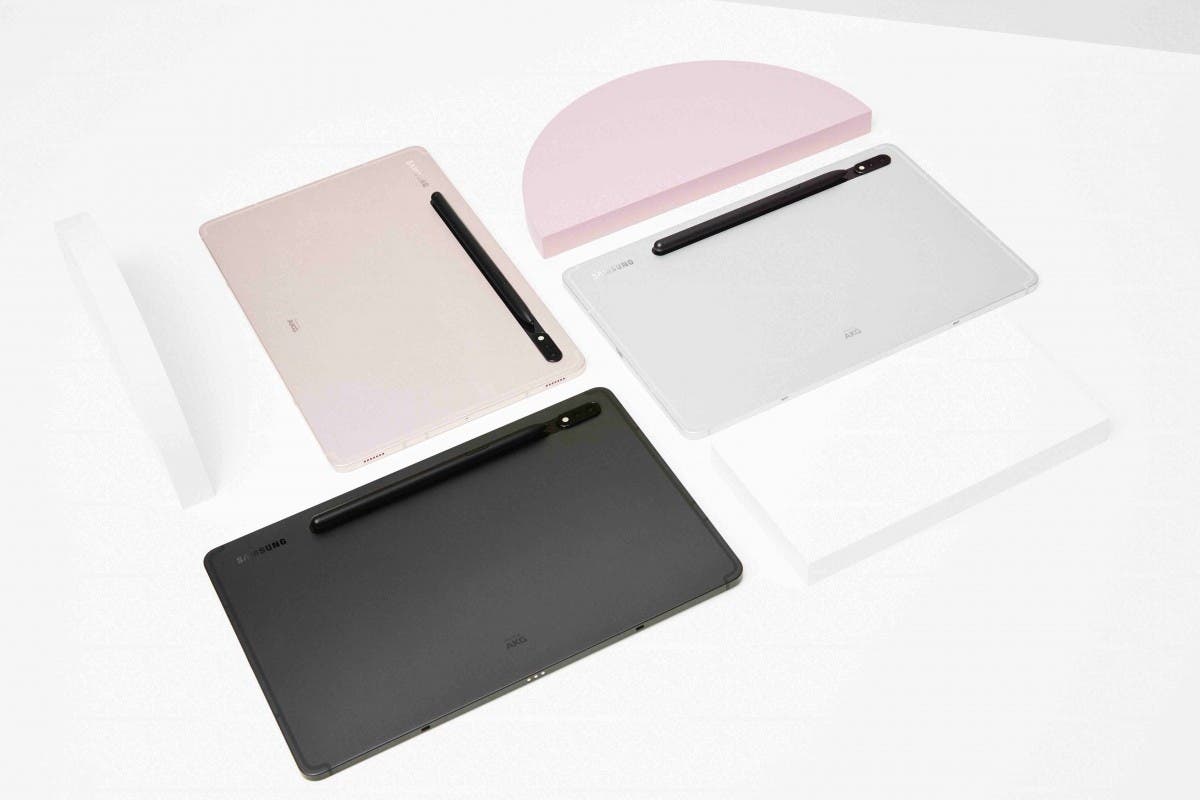 Also, the tablet comes with an S Pen stylus. In comparison to its predecessor, the new model carries the stylus on the back. There is also a USB-C port for faster charging and data transfer. Through it you can even plug in accessories like a detachable keyboard.

Inside, our protagonist hosts a Snapdragon 8 Gen 1 chip. This is the same 4-nanometer chip used in the flagship smartphones. It’s believed to be more productive than the Snapdragon 865 Plus that powered the Galaxy Tab S7.

Due to this SoC, the Samsung Galaxy Tab S8 reached 3,074 points in the Geekbench 5 performance test. This is pretty nice. But we should note that it still yields Apple’s iPad Air 4, which earned 4,262. 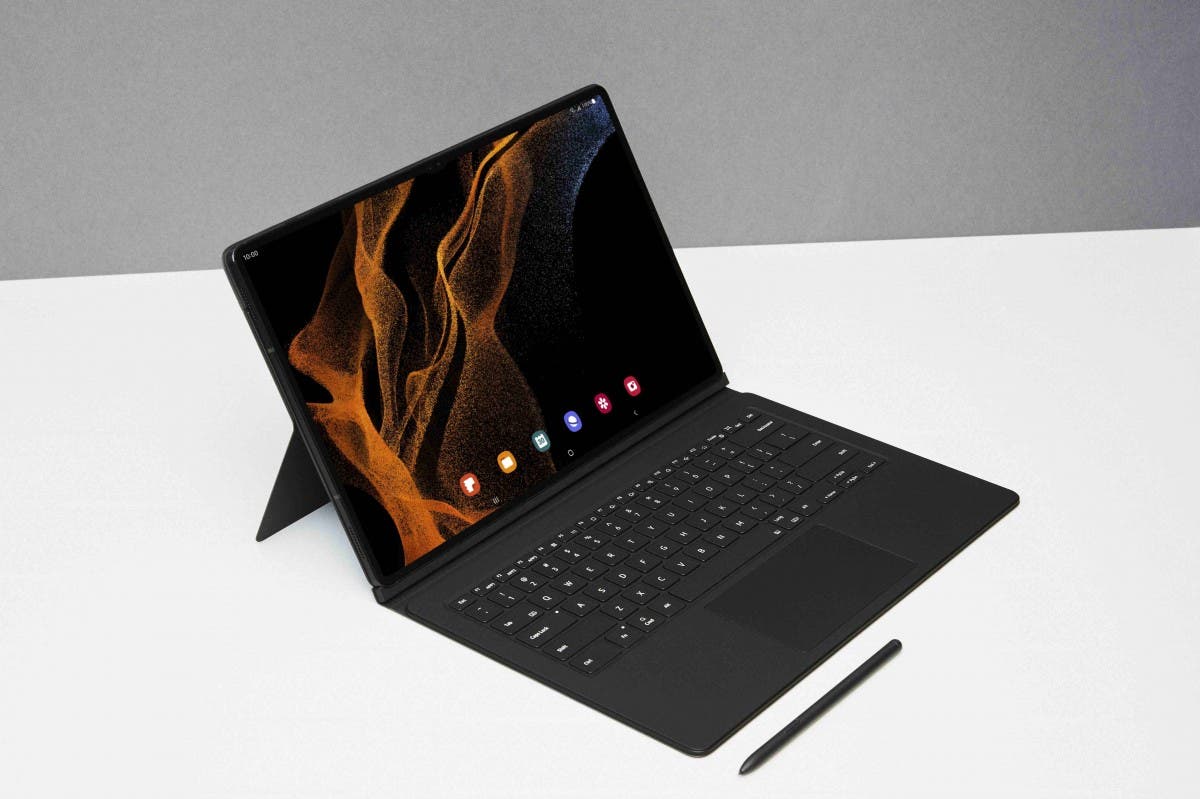 Of course, the new tablet runs on the Android 12 system. There are many goodies coming our way from Samsung itself. One of the most interesting ones is the DeX mode. It allows users to manage multiple windows on their tablet and turn it into a PC. Plus, this mode gives users some useful tools for multi-tasking when it serves as a ‘processor’ for an external display like a monitor or TV.

Under the hood, the Samsung Galaxy Tab S8 also comes with an 8,000mAh battery. But we don’t know whether its endurance is comparable to that of the S7 with the same capacity battery. The 45W charger can fully charge the tablet in 80 minutes.

On the back, we have a dual-camera of 13MP and 6MP ultra-wide sensors. The front-facing camera has a 12MP resolution. The latter works perfectly with the new auto-framing feature to automatically keep the caller in focus.

The first difference that catches our eyes is the screen size. For the Samsung Galaxy Tab S8+, it is 12.4 inches, while for the Ultra model, it is 14.6 inches. Moreover, unlike the vanilla version, they both use Super AMOLED display with 2800 x 1752px and 2960x1848px resolutions, respectively. Also, we should point out that if the Ultra version is considered to be the company’s first tablet with a notch, the Plus model like the original model has no cutouts. 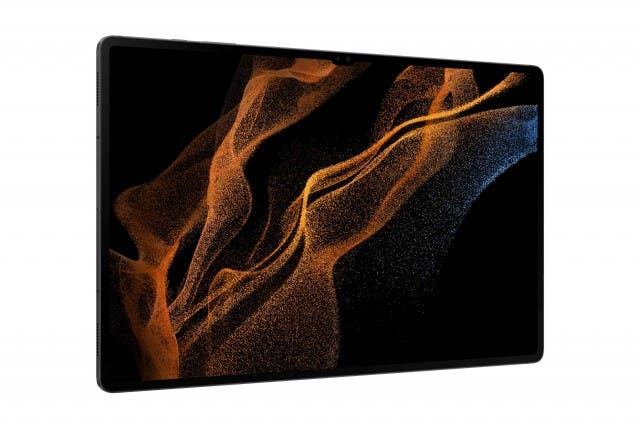 The front camera of the Ultra variant is capable of shooting 4K videos.

The Plus comes with a 10,090 mAh battery, whereas the Ultra version has an 11,200 mAh battery. They all support the same 45W fast charging. 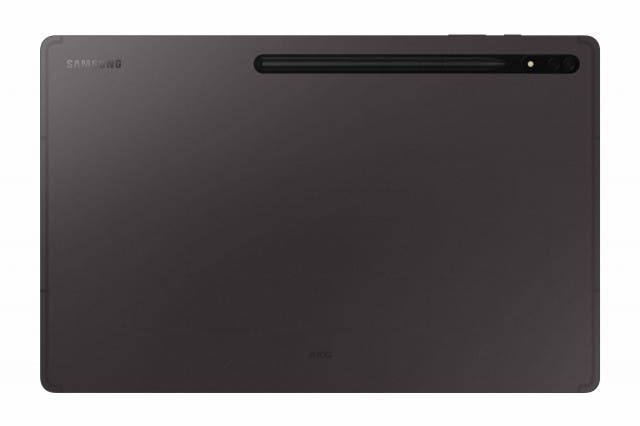 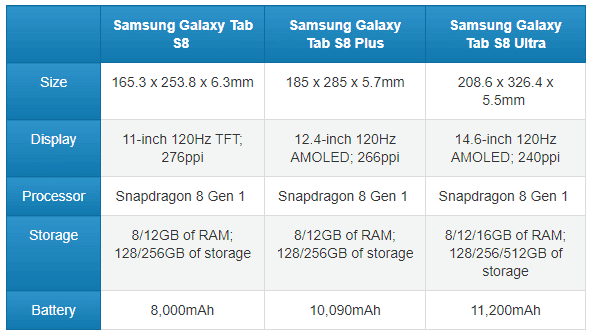 Next Samsung Galaxy S22 and S22+ are official with slight upgrades