The OnePlus TV Y1S specifications, features, and a slew of other key details have popped up on the internet. OnePlus will soon bring its new Nord phone dubbed the Nord CE 2 5G into the Indian market. Aside from that, the company will be launching new Y1S series smart televisions in the country. The Chinese consumer electronics giant has teased the design elements of the upcoming smart TV. However, other vital pieces of information about the upcoming Y1S series smart TV are still scarce.

The recently surfaced OnePlus TV Y1S renders showcase a bezel-less display, with a slightly thick chin that accommodates different sensors of the television. Aside from that, the bottom houses a V-shaped stand. The TV’s remote adopts a candy bar-like form factor and features multiple hotkeys. Moreover, it has a Google Assistant button above the volume up / down buttons. 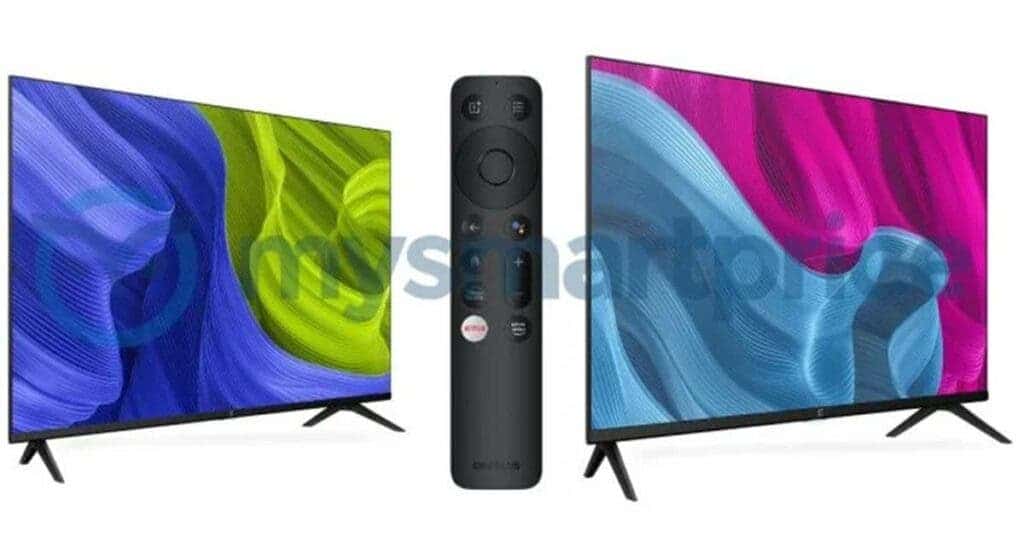 Also, the hotkeys can come in handy for launching streaming apps like Netflix, Amazon Prime Video, and Disney+ Hotstar. Furthermore, the Y1S will comprise a 32-inch and a larger 43-inch model.

Both OnePlus TVs will support dual-band wifi and feature 20W speakers. The 32-inch base model could set you back INR 20,000. Likewise, the higher-end 43-inch model could carry a price tag of INR 25,000 in India. Moreover, the OnePlus TV Y1S 32-inch will deliver an HD resolution, but the 43-inch variant will support an FHD+ resolution. In addition to that, the display will reportedly support HDR10+. As mentioned, the TV will sport a bezel-less display and a thick chin. Also, the TV will booth the Android 11 operating system.

As if that weren’t enough, the smart TV will offer dual-band wifi support, enabling it to connect to 2.4GHz or 5GHz wifi connections. Moreover, the OnePlus Y1S is also likely to come with 20W speakers with Dolby Audio. However, more details about the upcoming OnePlus TVs are likely to surface on the web ahead of their impending launch event.