Realme might be busy with the imminent release of the Realme 9 Pro series as well as the upcoming launch of the Realme GT 2 series across global markets. However, in the meantime, the company is bringing a new contender for its super-budget Realme C-series. A few days ago, the company has revealed the launch date of the new handset. Today, it is presenting a new affordable device in Thailand dubbed Realme C35. The device comes with a Unisoc chipset, large display, huge battery, and a 50 MP camera.

The Realme C35 flaunts a 6.6-inch LCD screen with a Full HD+ resolution of 2,400 x 1080 pixels. The device also has a 180 Hz touch sampling rate, but still refreshes at the standard 60 Hz. It boasts a waterdrop notch at the top that serves as a house for the modest 8 MP selfie camera. Moving around to the back, we have a triple-camera array. The big highlight is on the 50 MP snapper, as the other two aren’t really good. The secondary snapper is a 2 MP macro camera, and the third is a VGA B&W sensor. 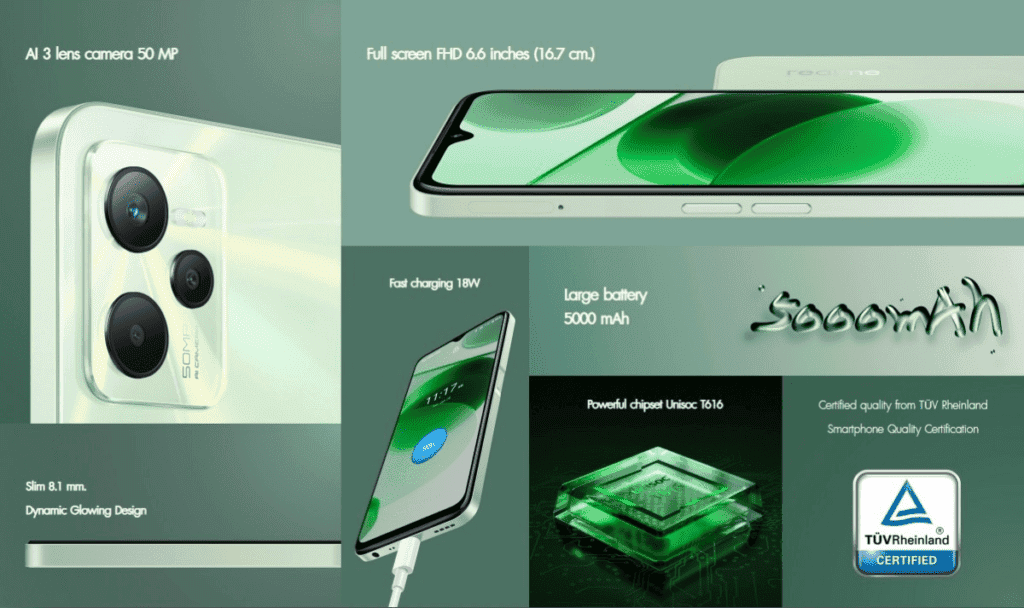 The Realme C35 also has a fingerprint scanner on the side that doubles as a power button. The device also brings a 3.5 mm headphone jack at the bottom which is something common for low-end handsets nowadays. There is a single speaker and a USB Type-C port at the bottom. This port charges at a maximum rate of 18 W. The battery size is 5,000 mAh which is also one of the highlights of this affordable handset. 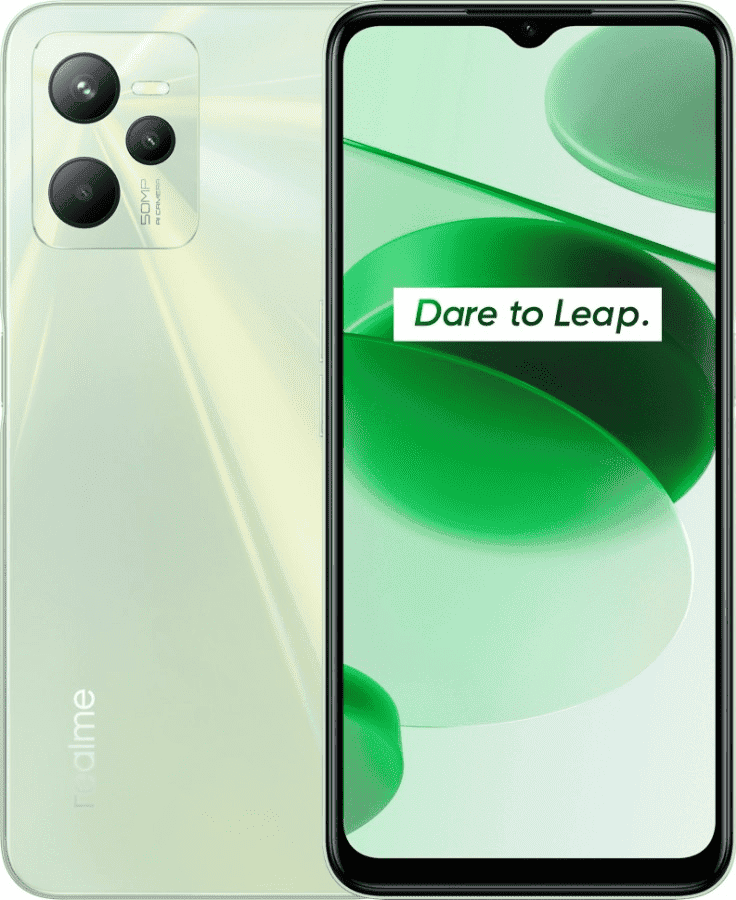 Under the hood, the Realme C35 packs a Unisoc T616 chipset with an Octa-Core CPU that goes up to 2 GHz. To those unaware, this chipset is based on the 12 nm fabrication process and brings 2 x ARM Cortex-A75 cores clocked at up to 2.0 GHz plus 6 x ARM Cortex-A55 cores clocked at up to 1.8 GHz. The GPU is a modest dual-core Mali-G57 that can handle modest games with medium settings and casual games without any hassle. The handset comes in variants with 4 GB of RAM with 64 GB or 128 GB of Storage. As usual, there is a micro SD card slot to allow you to expand the storage.

Next Tesla Is Sued And Accused in Racial Discrimination and Harassment