It seems that Xiaomi is very afraid that users will lose sight of the fact that on February 16 it will arrange a presentation of the Redmi K50 series. Or they won’t get excited about what great devices the company has in store for them. That is why for several days now it has been persistently the Internet with teasers revealing the Redmi K50 Gaming Edition features.

So, today we learned that the Redmi K50 gaming smartphone received a display that set 15 records and received the highest A+ score from DisplayMate. The screen has the highest levels of contrast, white balance and color accuracy, color gamut, full-screen brightness of any OLED device, and the lowest display reflectance. 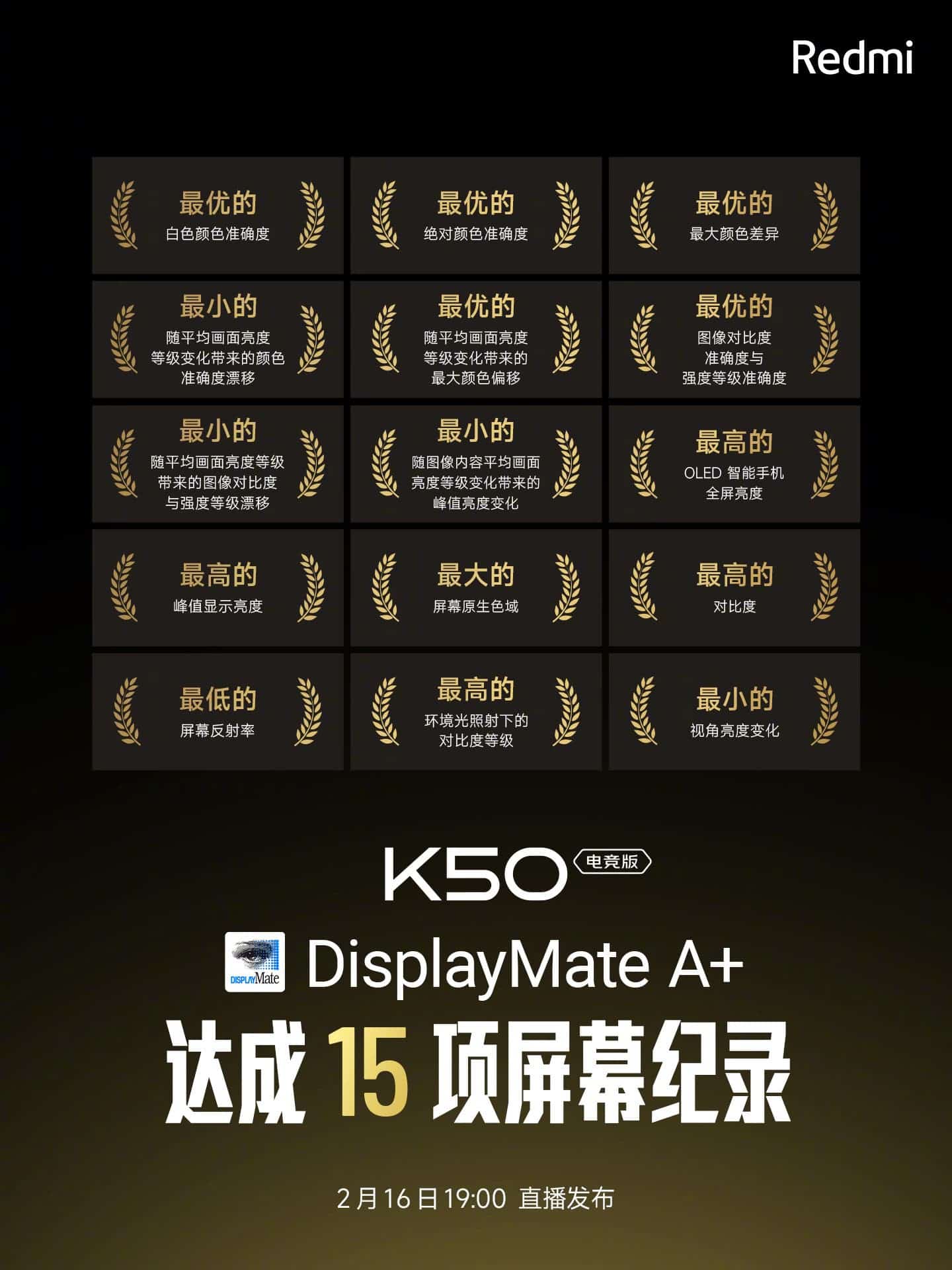 And the sensor supports 10x more touch responsiveness, helping to make the gameplay stable and accurate, for example, when shooting. If in the heat of the game, the user suddenly drops Redmi K50 Gaming Edition, then it is likely that the fall will not affect the screen, because it is covered by one of the best glasses on the market Gorilla Glass Victus. 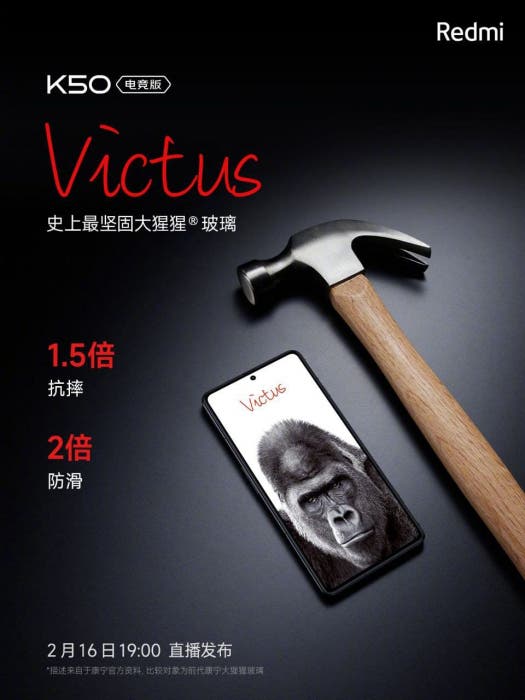 Thanks to the Chinese certification authority 3C, we learned that the base Redmi K50 will offer 67W charging, while the Redmi K50 Pro, Redmi K50 Pro + and Redmi K50 Gaming Edition will have 120W charging.

Redmi has recently published teaser images that reveal details about the cooling system of the Redmi K50 Gaming smartphone. At the same time, a Chinese source provided a fairly detailed list of characteristics of a promising novelty.

If we talk about the cooling system, then Redmi K50 Gaming really stands out from other flagships. Firstly, it has not one, but two whole evaporation chambers, and secondly, their total area is 4860 square mm. For comparison: the area of ​​​​the evaporation chamber of iQOO 9; which is included in the top most powerful smartphones in the world according to Master Lu and AnTuTu; is 3923 square mm, while Xiaomi 12 Pro has 2900 square mm.

The hardware base will be the Snapdragon 8 Gen 1 SoC; supplemented by 8 GB of RAM in the base version. The resolution of the front camera will be 16 megapixels; in the main – three sensors, including the main one, with a resolution of 64 megapixels. The battery capacity will be 4700 mAh, it will support 120 W fast charging.

Also, Redmi K50 Gaming will receive additional side keys, an improved vibration motor, JBL stereo speakers, a side fingerprint scanner, NFC. Dimensions of the new smartphones will be 162 x 76.8 x 8.45 mm, weight – 210 grams. The base version of the Redmi K50 Gaming is rumored to be priced at $550. If so, then it will prove to be one of the most affordable Snapdragon 8 Gen 1 flagships.

Next Xiaomi, Samsung, OnePlus and more will implement Material You