Yesterday, the Redmi K50 series changed its telecommunications equipment network access license. The new license reveals the memory and storage capacity of the three mobile phones in the series. The configurations are

According to previous reports, this smartphone will come with a Snapdragon 870 processor. 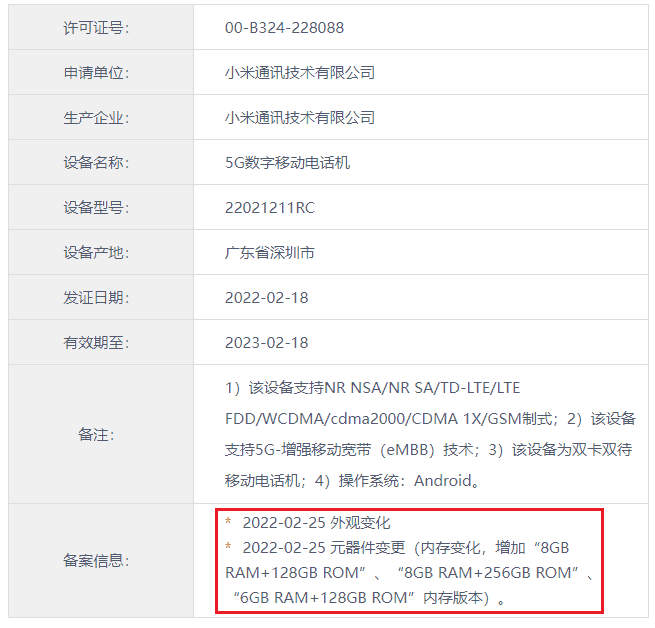 The speculations so far show that this device will come with the MediaTek Dimensity 8100 processor. 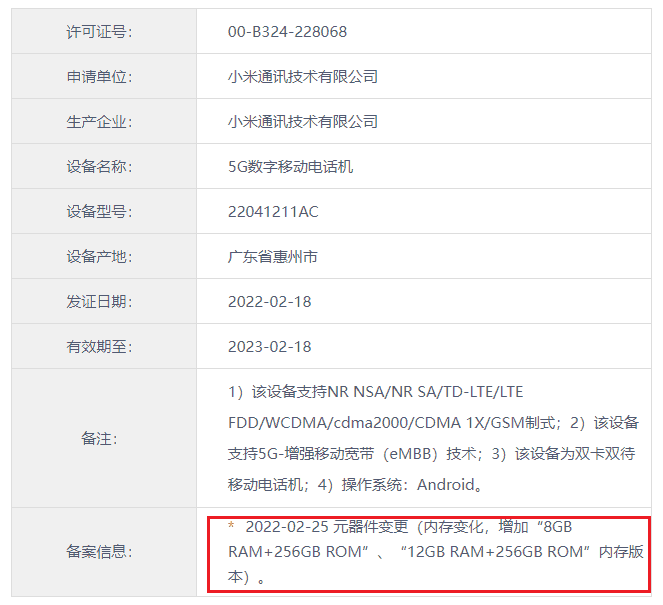 This smartphone will come with MediaTek’s latest flagship processor, Dimensity 9000. 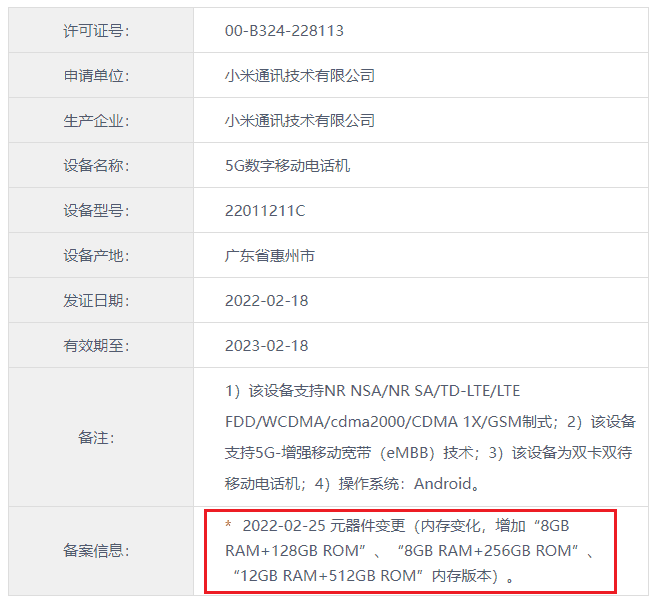 The top model of this series, the Redmi K50 e-sports version was released on February 16 and officially went on sale on February 18. This smartphone comes with a 3299 yuan ($522) price tag. Recently, Lu Weibing, partner of Xiaomi Group, president of China, and general manager of Redmi brand, said that the Redmi K40 has ushered in the final purchase time. According to him, the Redmi K40 series has been in the market for a whole year, the Redmi K50 series will take over immediately.

The Redmi K50 e-sports version comes with the new generation Snapdragon 8 Gen 1 chip. This device also uses an LPDDR5 memory + UFS 3.1 flash memory. It comes with a side fingerprint recognition sensor and it is available in three standard colors including  Shadow, Silver, and Ice Slash. This flagship smartphone also has a special edition. According to Redmi’s official data, the Redmi K50 e-sports version went on sale for one minute, and the sales amount exceeded 280 million yuan ($44.3 million).

In addition, the Redmi K50 gaming version uses a 6.67-inch flexible OLED straight screen. This device comes with a built-in 4700 mAh dual-cell battery that supports 120W fast charging. However, it is its heat dissipation system that is most attractive. This device uses a 4860 mm² dual VC cooling solution, supports infrared Pro, multi-functional NFC, and is equipped with MIUI 13 out of the box.

Next GMKtec NucBox2 Plus Mini PC coming with Core i5 1135G7