At the end of last year, MediaTek released a new generation of flagship mobile platform Dimensity 9000. Immediately after the announcement, the major smartphone makers issued follow-up statements, saying they will launch flagship phones powered by this chip soon.

Today, OPPO officially released the OPPO Find X5 series poster. According to it, the lineup will be announced on February 24. There will be a few models. Among them, the OPPO Find X5 Pro Dimensity Edition is the world’s first to come with the MediaTek Dimensity 9000 flagship chip. Its benchmark score exceeded 1 million.

The MediaTek Dimensity 9000 adopts TSMC’s 4nm process. The CPU integrates an X2 super core at 3.05GHz, three A710 large cores at 2.85GHz, and four A510 small cores at 1.80GHz. It also uses the ARM Mali-G710 GPU with ten cores and supports energy efficiency optimization technology. In effect, the measured performance and energy efficiency are outstanding, even better than the Snapdragon 8. 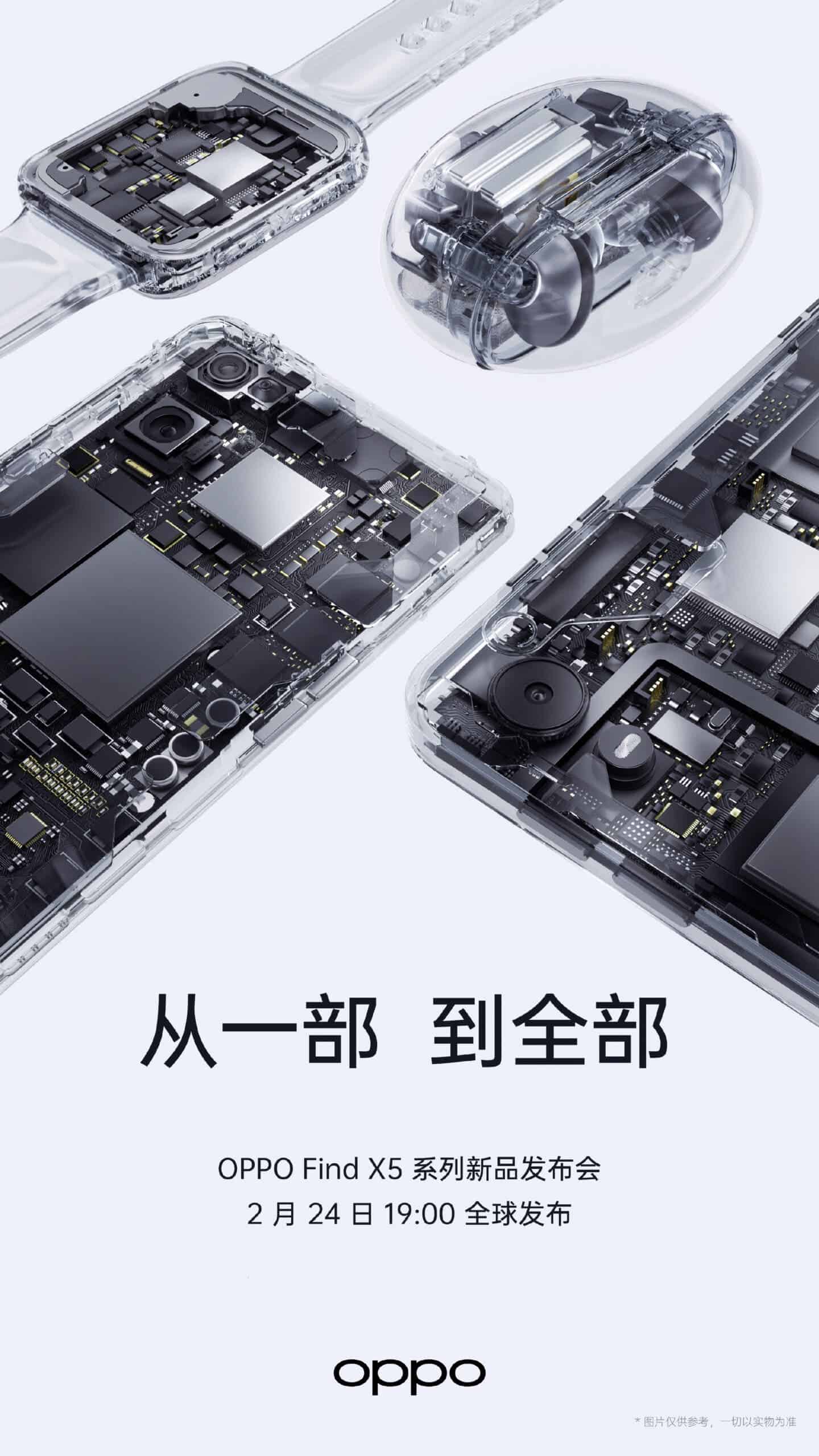 The upcoming OPPO Find X5 Pro Dimensity Edition will continue the integrated streamline design of the Find series. Our protagonist will adopt a “crater”-shaped lens module, and provide two material choices of ceramic and plain leather. Among them, the ceramic version will be available in two colors of black and white. Whereas the plain leather version is in blue.

Anyway, we have also heard that the OPPO Find X5 series will include a Snapdragon 8 Gen 1 model. This version will also include a MariSilicon X chip, making it a dual-core imaging flagship. 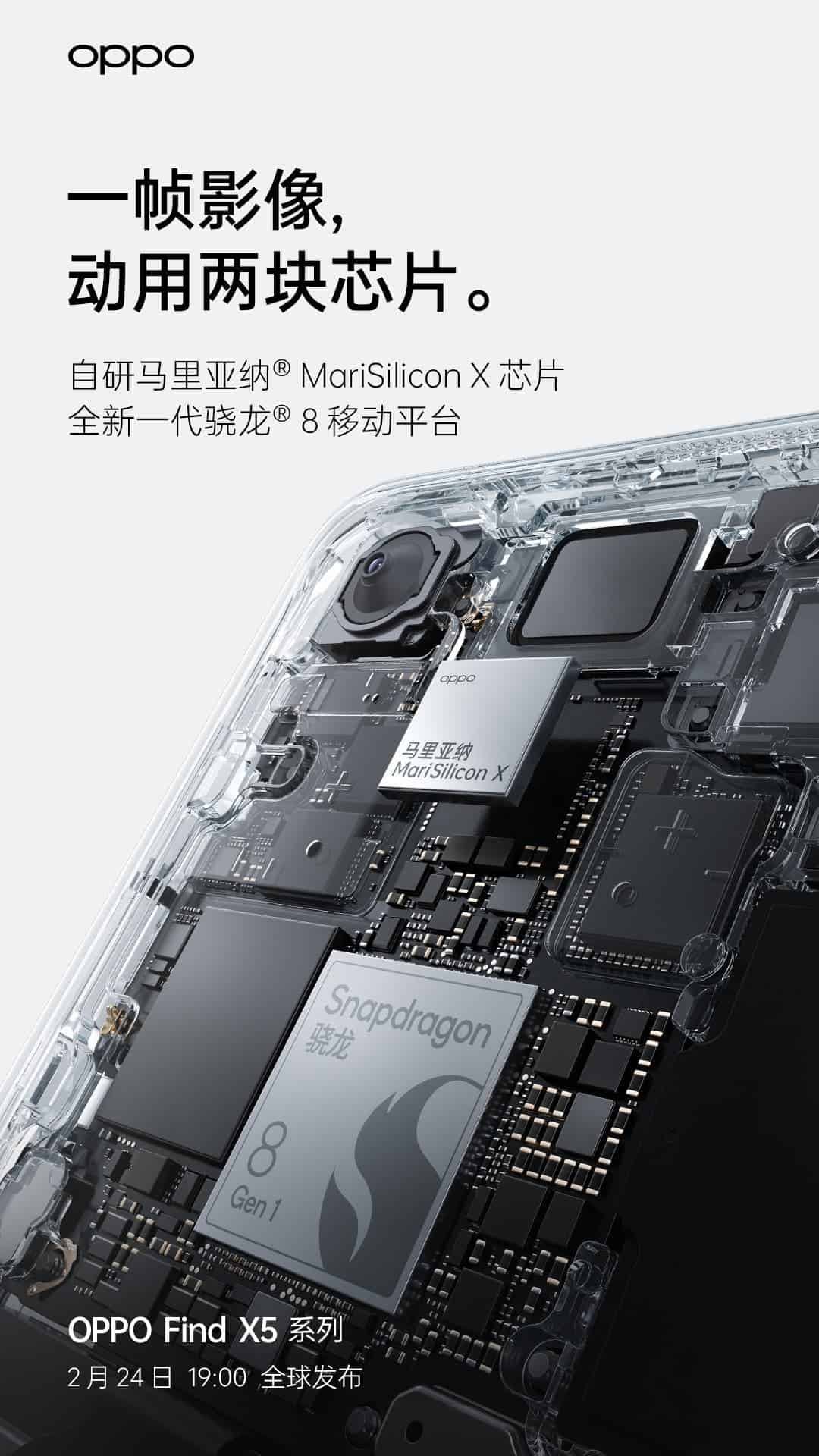 At the same time, as a product independently developed by OPPO, MariSilicon X can help OPPO break through the long-standing synergy problem between algorithms, chips, and sensors, thereby improving the image performance of mobile phones. 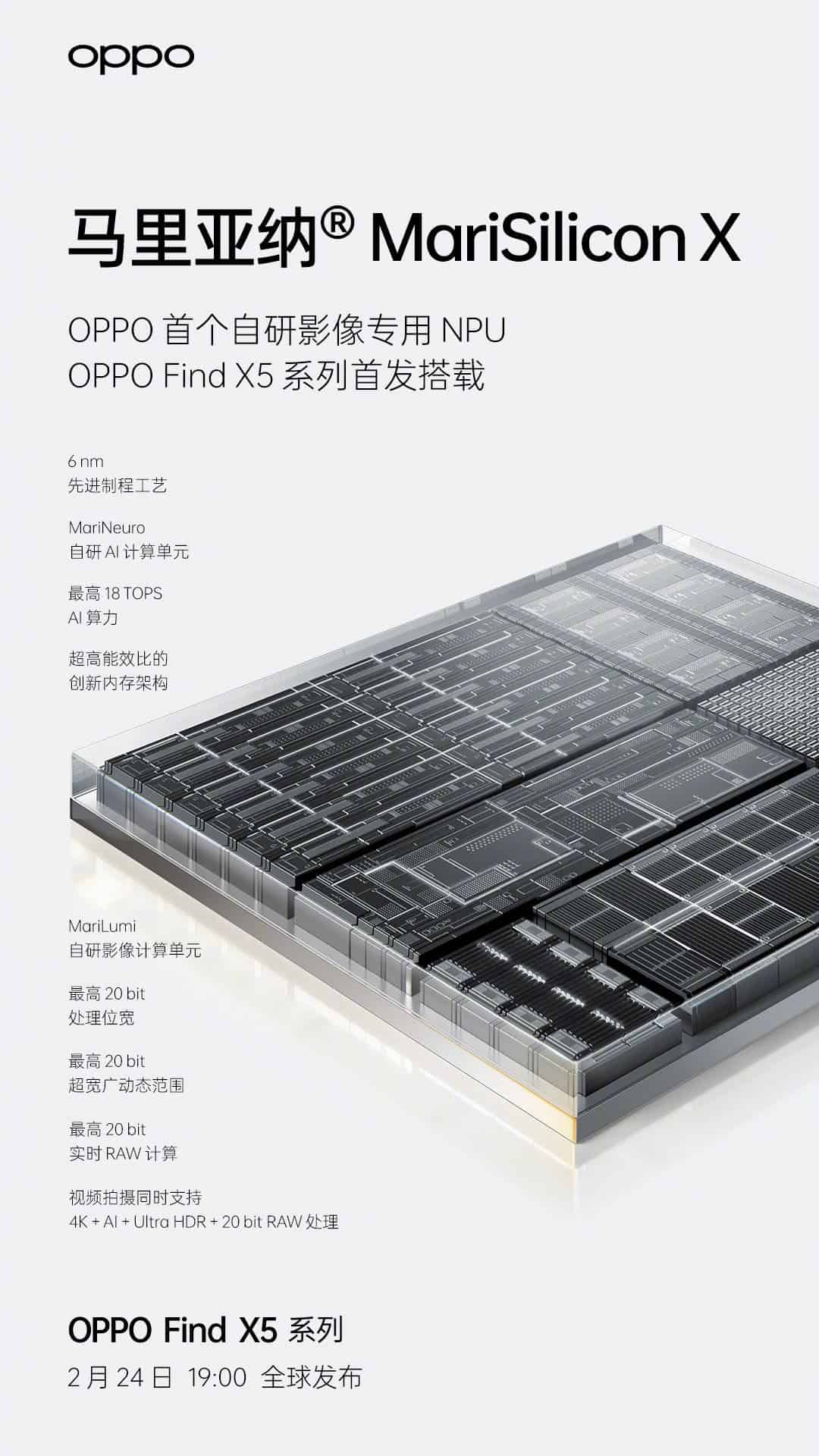 Not only that, but the Find X5 series products will also come with OPPO’s self-developed 3A underlying algorithm for the first time. Due to it, the imaging performance of multiple cameras can be better coordinated. So it can restore the natural color image performance.