The first users of the Galaxy S22 encountered a serious problem with the touch screen. According to the testimonies of some testers, a band of pixels begins to appear on the touch screen of smartphones. This problem suggests that the OLED panel has been damaged.

Galaxy S22 Ultra: Samsung promise to fix the screen problem in an update

However, it suffices to modify the display settings for the problem to disappear. So it’s a software problem. On its Twitter account, Samsung confirmed the existence of a screen failure. “We are aware of the problem,” says Samsung.

On Reddit, the South Korean giant offers more explanations on the origin of the problem. “We are aware that a small amount of Galaxy S22 Ultra is marked with a line of pixels on the screen when the user is on YouTube or unlocking the smartphone with the fingerprint sensor”, explains Samsung, hinting that the bug is confined to the Galaxy S22 Ultra.

Obviously, the bug occurs when several conditions are met. “The problem appears when the user sets the definition of the screen to WQHD and the screen mode chosen is Natural”, continues Samsung, contradicting certain testimonies that have appeared online.

To prevent this band of pixels from ruining the experience, Samsung encourages buyers to be satisfied with the FHD + definition and to choose the Vivid mode. To do this, go to your smartphone’s Settings, then to Screen > Screen mode. Also, to change the definition, go to the Screen section and click on Screen definition.

Samsung promises that a fix will be deployed by the time smartphones arrive in stores. “The S22 series doesn’t have any official firmware updates yet, they will be available closer to the release date,” the manufacturer said on Twitter. For the record, the Galaxy S22 Ultra will arrive in stores on Friday, February 25, 2022. It is expected that a fix will be offered on the phones by then. 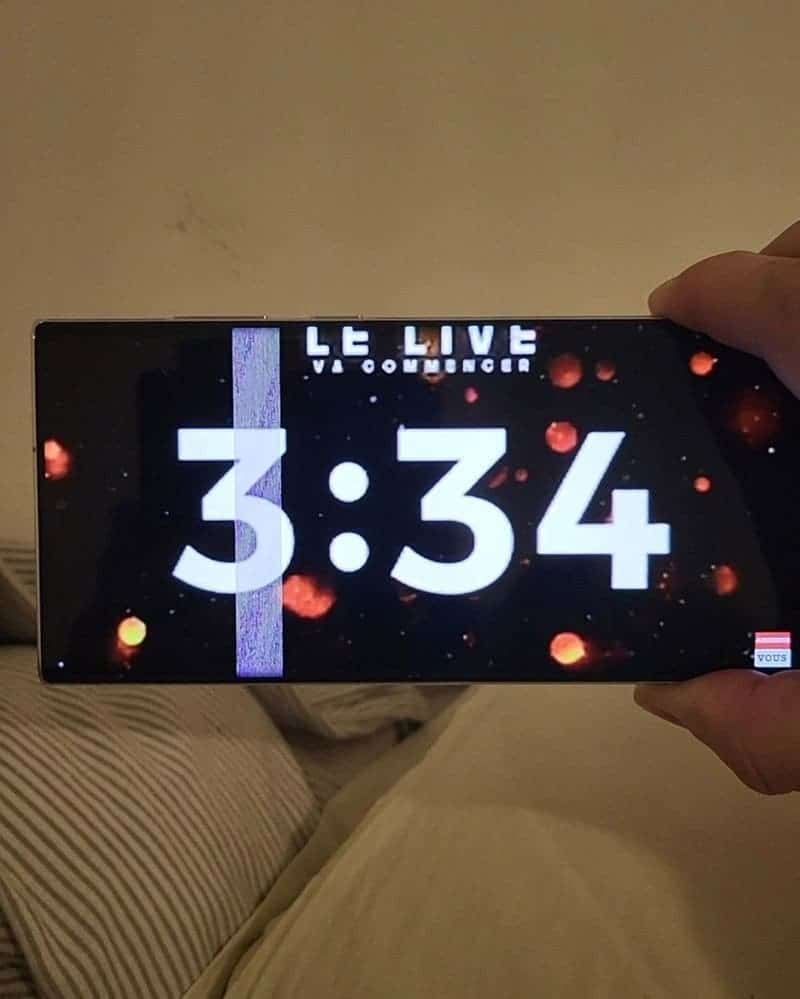 This appears to be an attempt to control price increases as Samsung is determined; to increase shipments of the S22 over its former flagship S21 and S20 series. M-series material kits are known to be used by Samsung Display for OLED panels; supplied by both Samsung Electronics and Apple.

The kit for another model in the S22 series, the 6.6-inch Plus version, has been upgraded from an M10 kit to an M11 kit, while the standard 6.1-inch S22, like its predecessor, uses an M10 kit. Previously, Samsung applied a new set of materials to every new generation of flagship smartphones in the S-series, from the Galaxy S10 in 2019 to the Galaxy S21 Ultra in the past. That being said, the latest set of the M12 series will likely be used later this year for displays for new foldable smartphones and the Apple iPhone 14.

Panels made using older materials, the South Korean company intends to sell at relatively low prices to Chinese smartphone manufacturers; such kits belong to the E-series.

The M9 series is planned to be used for Samsung’s own entry-level and mid-range smartphones, last year the M8 kits were used. Apple used a special LT kit for iPhone X in 2017 and iPhone XS in 2018; but in 2019 the company also switched to M-series kits. For example, last year the iPhone 13 used panels made from M11 kits; the same ones used on the Galaxy S21 Ultra.

Next Pixel 6: Google admits WiFi problem and working on a corrective update