Realme is gearing up to introduce the Realme V25 in China on March 3. The company hasn’t detailed the smartphone specifications yet. However, it is slowly starting to deploy some of the devices’ details. A few days ago, Realme’s CMO revealed that the Realme V25 will come with new technology. Apparently, he was talking about the back cover with a photochromic layer. This is a new color-changing design that emerged with the Realme 9 Pro and Realme 9 Pro+. These two aren’t available in China, so now we can understand, why the executive stated that it will be “the first with a new technology”. He isn’t the first for the world, but Realme China it is.

Just like Vivo with its Vivo V23 series / S12 series, the company is bringing a new coat of paint that changes its color from blue to red when exposed to sunlight. This isn’t a ground-breaking feature for most smartphone users, but it’s a nice detail, slightly fancy, but still cool. According to the recent leaks, there is a good reason for the Realme V25 to use this technology. Apparently, as per TENAA specifications, the Realme V25 is actually a rebranded Realme 9 Pro for the Chinese market. It’s natural to see these rebrands, especially when it comes to the V-series. 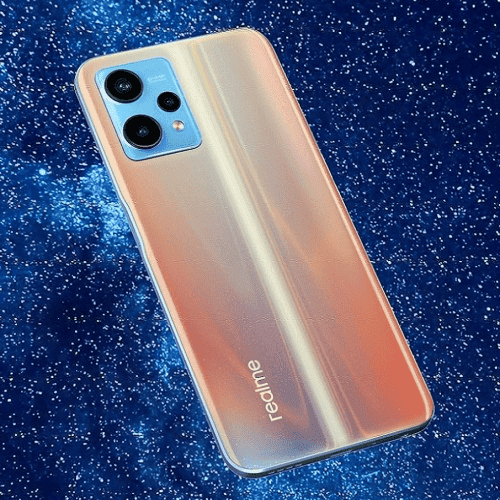 If that is the case, then the Realme V25 will bring competing specifications for the mid-tier market. It packs the Qualcomm Snapdragon 695 SoC with up to 8 GB of RAM and 128 GB of Internal Storage. The device flaunts a 6.6-inch Full HD+ LCD screen with a Full HD+ resolution. It also has a side-mounted fingerprint scanner, and a 5,000 mAh battery with a 33 W fast-charging. In terms of software, the phone runs the Android 12-based Realme UI 3.0.

In terms of optics, the Realme 9 Pro has a triple-camera setup on the back led by a 64 MP main camera, an 8 MP ultrawide, and a 2 MP macro snapper. However, the Realme V25 will downgrade the setup ditching the ultrawide camera for a 2 MP depth-sensing module. The device will also bring a variant with 12 GB of RAM and 256 GB of Internal Storage. Honestly, that is overkill for a device with Snapdragon 695 at the helm. Anyway, the Realme V-series has the “high numbers” as one of its trademarks.

Since there are still a few days to come, we expect Realme to keep building the hype for the Chinese market. The device will go official on March 3.

Next Breaking: NVIDIA may have been hit by cyberattack, is Russia the culprit?