The upcoming Samsung Galaxy A03s flaunts a 6.5-inch screen. It’s a TFT screen with an HD+ resolution of 1,600 x 720 pixels. Since it’s a TFT panel, we don’t expect the world’s best viewing angles for this handset. The multimedia tasks will be further improved thanks to the presence of Dolby Atmos.

Under the hood, the phone packs the Unisoc Tiger T606 processor. It packs eight ARM Cortex-A53 cores with a maximum clock speed of 1.6 GHz. The phone is paired with up to 4 GB of RAM and 64 GB of Internal Storage. As usual, the budget smartphone offering allows the user to expand the storage amount. You can equip a micro SD card to expand the storage by up to 1 TB. 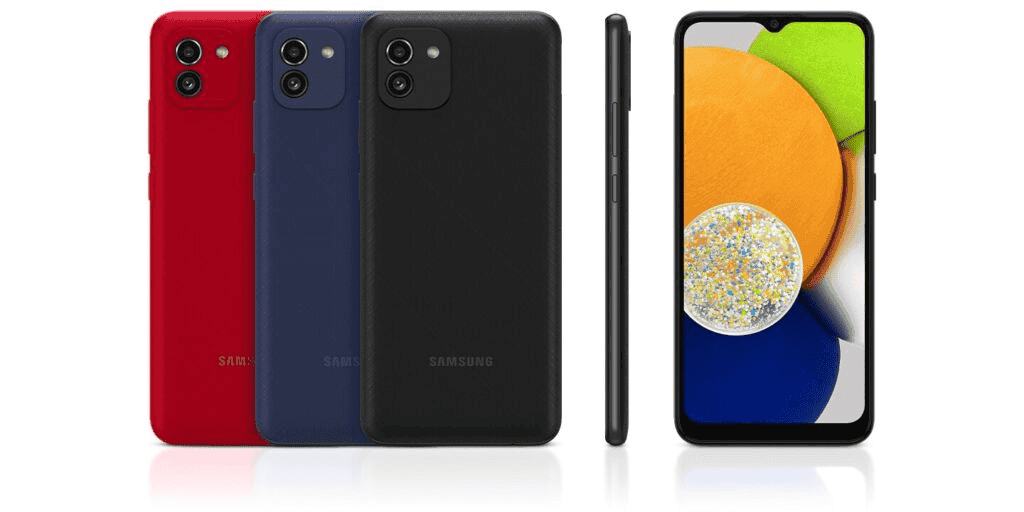 The phone packs a dual camera on the back. Although it’s a budget device it’s impressive to see a 48 MP main camera here. The secondary snapper, however, is nothing to write about just a generic 2 MP depth sensor. For selfies and video calls, the phone brings a waterdrop notch comprising a 5 MP selfie snapper. It comes with features like Beauty Mode, Smart Selfie Angle, Live Focus and etc.

As we mentioned before the Samsung Galaxy A03 packs a 5,000 mAh battery. There is no mention of fast charging, so we can conclude that it does not come with any kind of rapid charging. It probably gets a maximum rate of 10W. Samsung is not really betting on the fast-charging trend. Moving on, when it comes to the software, the device runs the outdated Android 11-based One UI 3.1 Core.

Next Realme GT 2 Pro is heading to Brazil