Yahoo previously announced that from November 1, 2021, users will not be able to use Yahoo’s products and services from mainland China. However, the company still retains a small number of services such as mailboxes. However, in a recent move, Yahoo Mail announced today that it will stop services in mainland China on February 28. It advises users to change to other mailboxes as soon as possible. Yahoo Mail officially stated that you can download backup contacts, schedules, etc. before February 28. After February 28, you will no longer be able to receive or send emails from mainland China. 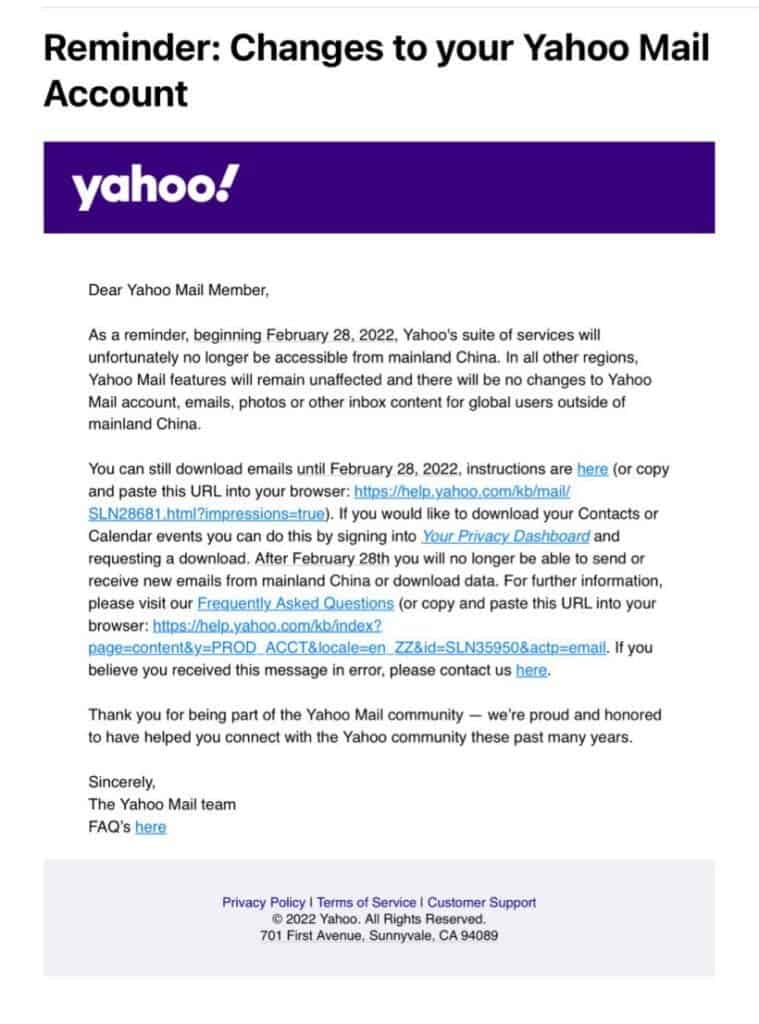 A notification from PayPal also shows that if a user’s account has a Yahoo mailbox, they need to change the email address as soon as possible. At present, Yahoo Mail can still be accessed normally in mainland China. For those who need to back up content, please log in as soon as possible.

Presently, many of Yahoo’s products and services are no longer accessible in mainland China. Yahoo was once the world’s first portal search website, with operations in 24 countries and regions. It provides diversified network services for more than 500 million independent users around the world. In September 1999, the China Yahoo website hit the road. By August 2005, Yahoo China was wholly acquired by Alibaba Group. 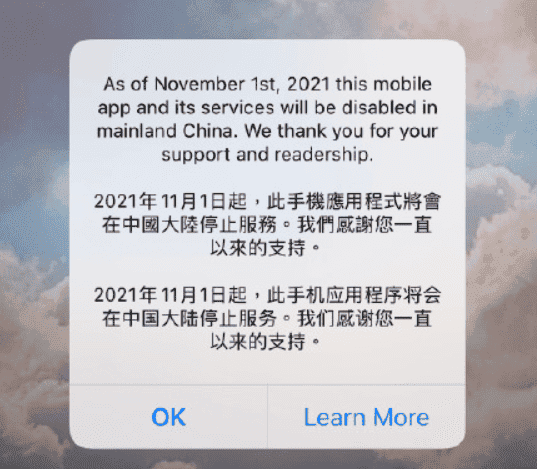 In 2013, China Yahoo Mail, Information and Community announced to stop serving, and the original team will focus on the dissemination of Alibaba Group’s public welfare. In addition, in 2015, Yahoo announced the closure of Yahoo’s Beijing Global R&D Center

Yahoo Japan will allow 8,000 employees to fly to work

According to Kyodo News, Yahoo Japan will allow its 8,000 employees to work anywhere in the country. Furthermore, these employees can even commute by plane when they need to come to the office.

The expanded remote work program will allow a subsidiary of SoftBank-backed Z Holdings to “hire talented people no matter where they live,” the company said in a statement. The plan will also “promote diversity by allowing employees to choose how they work based on different values”.

Yahoo Japan staff can currently live anywhere as long as they can reach the office by train, bus, or Shinkansen by 11 am. Beginning April 1, the time limit will be lifted and employees will be able to fly to work. The company will pay 150,000 yen ($1,298) per month for commuting benefits. However, it will remove the daily limit of 6,500 yen ($56).

Previous Qualcomm and Unisoc are growing in the chipset segment