Realme is gearing up to introduce a new smartphone under its popular cost-effective flagship series. The device will be dubbed Realme GT Neo3 and as the name suggests will succeed the Realme GT Neo2. Previous rumors have been suggesting this device’s launch for June or July 2022. But we don’t think so. There are several leaks popping out with specs and details for the upcoming smartphone. Moreover, it has recently passed through the TENAA certification which usually hints at an imminent release. Since we’re talking about TENAA, the images on the certification suggested a different design. Now, tipster Shadowleak unveiled fresh renders of the Realme GT Neo3, that show something that will be a first for Realme smartphones.

Apparently, the Realme GT Neo3 will be the first Realme smartphone to pack a centered punch-hole. The left side of the device packs volume up and down buttons, where the right side comes with a power key. As per the leaks, the display is an AMOLED one with Full HD+ resolution and a 120 Hz refresh rate. The scanner is likely fitted inside of the display. Moving around to the back, the phone packs a triple-camera setup. It brings a 50 MP main camera with Optical Image Stabilization. We also expect a secondary 8 MP ultrawide snapper and a 2 MP macro shooter. 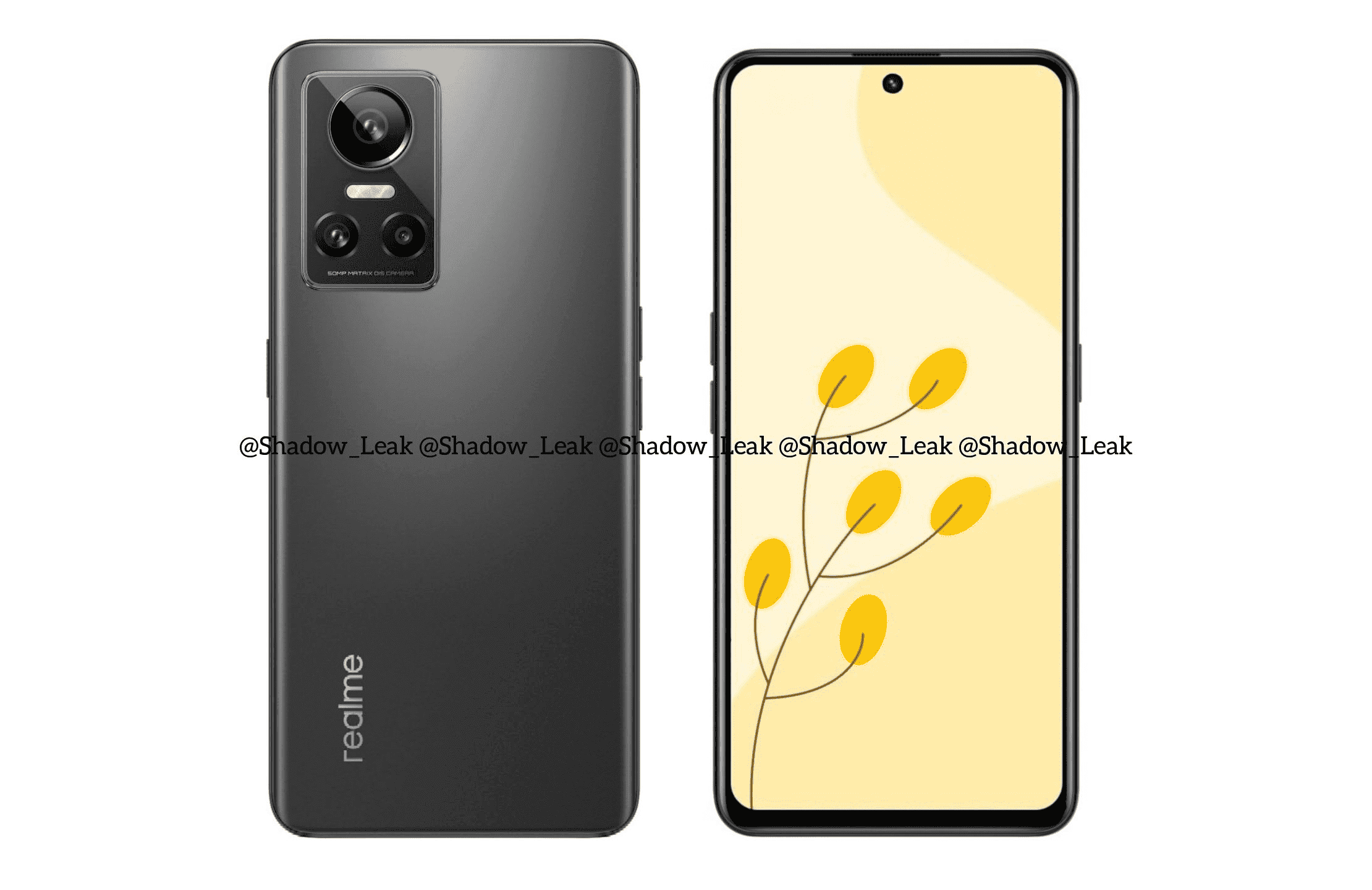 As per the leaks, the Realme GT Neo3 will come with a 16 MP selfie snapper at the centered punch hole. Under the hood, there are conflicting reports. The most recent rumors suggest the presence of a MediaTek Dimensity 8100 SoC. To those unaware, this will be the next cost-effective flagship SoC from MediaTek. The rumors suggest it will go official as soon as in the next month. This processor offers the same level of performance as the Snapdragon 888. In fact, it comes with ARM Cortex-A78 cores, it’s based on TSMC’s 5 nm manufacturing process and has a Mali G510 GPU. The phone will go along with up to 12 GB of RAM and up to 512 GB of Internal Storage. It will run Android 12-based with Realme UI 3.0 straight out of the box.

The panel will have a 6.7-inch diagonal which represents another bump in size when compared to the Realme GT Neo2. The rumors say it will come in two battery variants. One will get a smaller 4,500 mAh battery but fast 150W charging. The other will have a 5000 mAh battery with 80W charging. We suggest you to digest this with a pinch or two of salt. After all, the company never released multiple variants of a Realme GT Neo smartphone.

We wouldn’t be surprised to see the Realme GT Neo3 being launched next month in China. The device would be a good competitor for the Redmi K50 series smartphone which will also pack the Dimensity 8100 SoC.