Realme has unveiled its flagship series – the Realme GT 2 series – in China back in January. Now, the company is moving to bring the Realme GT 2 and Realme GT 2 Pro to global markets, which includes Brazil. The company will use the MWC 2022 stage on February 28 to disclose the new smartphones. The company has confirmed the arrival of the two handsets. We expect these devices to hit Europe and India shortly after their global debut. Ahead of the event, the alleged pricing info for Europe has emerged.

The Reaqlme GT 2 and GT 2 Pro are expected to pack the exact same specifications as the Chinese variant. The price, however, will be different due to the usual VAT. However, the Realme GT 2 Pro may acquire a good portion of fans across global markets. After all, there are just a few Snapdragon 8 Gen 1 smartphones in Europe. For now, only the Motorola Edge 30 Pro and Samsung Galaxy S22 are present there. However, the list will grow soon with the debut of the Xiaomi 12 series and the Oppo Find X5 as well as many other devices. 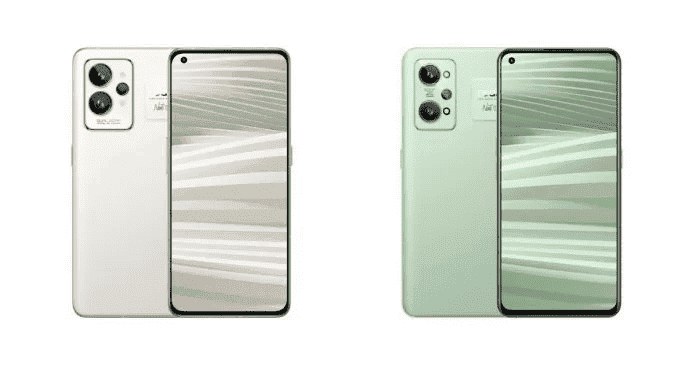 According to the leaked info that comes from tipster Sudhanshu, the Realme GT 2 Pro is coming in a single 12 GB of RAM and 256 GB option. The price for this particular variant with be EUR 789. The phone will arrive in Paper White, Paper Green, and Steel Black colorways. The vanilla Realme GT 2, on the other hand, will come in two RAM and Storage options. The version with 8 GB of RAM and 128 GB of Internal Storage, will cost EUR 539. The higher-tier version will come with 12 GB of RAM and 256 GB just like the Pro. It will set you back by EUR 589. The phone also has there three colorways – Paper White, Paper Green, and Steel Black.  Worth noting that the Realme GT 2 brings back the Snapdragon 888 of its predecessor. The GT 2 Pro, on the other hand, has the true 2022 flagship SoC, the Snapdragon 8 Gen 1.

The Realme GT 2 Pro also packs a large 5,000 mAh battery with 65W fast-charging support. The device flaunts a 6.7-inch 2K AMOLED display with an in-display fingerprint scanner. There is a triple camera setup at the back. It comprises a primary 50 MP camera, a 50 MP ultrawide snapper, and a 2 MP microscope camera sensor. The vanilla GT has the same 50 MP main camera, but an 8 MP ultrawide snapper, and a 2 MP macro shooter. Under the hood, the phone brings the Qualcomm Snapdragon 888 SoC. It flaunts a 6.62-inch Full HD+ Samsung E4 AMOLED panel with a 120 Hz refresh rate. Both devices will run Android 12 with Realme UI 3.0 straight out of the box.

Additional details will be revealed in a few hours during Realme’s MWC keynote. Worth noting that the company will also present a new 200W charging.

Next Challenge between Ulefone Power Armor 14 and a rolling vehicle