It was a long wait, but Realme the brand that became a huge phenomenon in the past few years, managed to have it stage at MWC. During this year’s edition, the company managed to bring its Realme GT 2 series to global markets, and also presented an innovative UltraDART charging technology that ranges between 100W and 200W. The company ended its participation at the MWC with several other announcements. Since not everything floats around smartphones, the company has presented a new Realme Book Prime laptop and new Buds Air 3 TWS earphones. Interestingly, the Realme Book Prime was unveiled in China last month. In Realme’s homeland, it sports Realme Book Enhanced Edition and comes with a higher TDP Intel Core i5 CPU. The Buds Air 3, on the other hand, arrive as the company’s latest TWS earphones with ANC.

In terms of design, the Realme Book Prime brings a Real Green colorway. Apart from this, it’s basically the same chassis of the older Realme Book. Under the hood, the laptop brings Intel’s 11th Gen Core i5-11320H CPU. It has a 35W TDP capable of reaching a single-core turbo frequency of 4.5 GHz. The Quad-Core CPU brings 8 threads and 8 MP L3 cache just like before. The graphics are handheld by Intel’s Iris Xe integrated GPU. 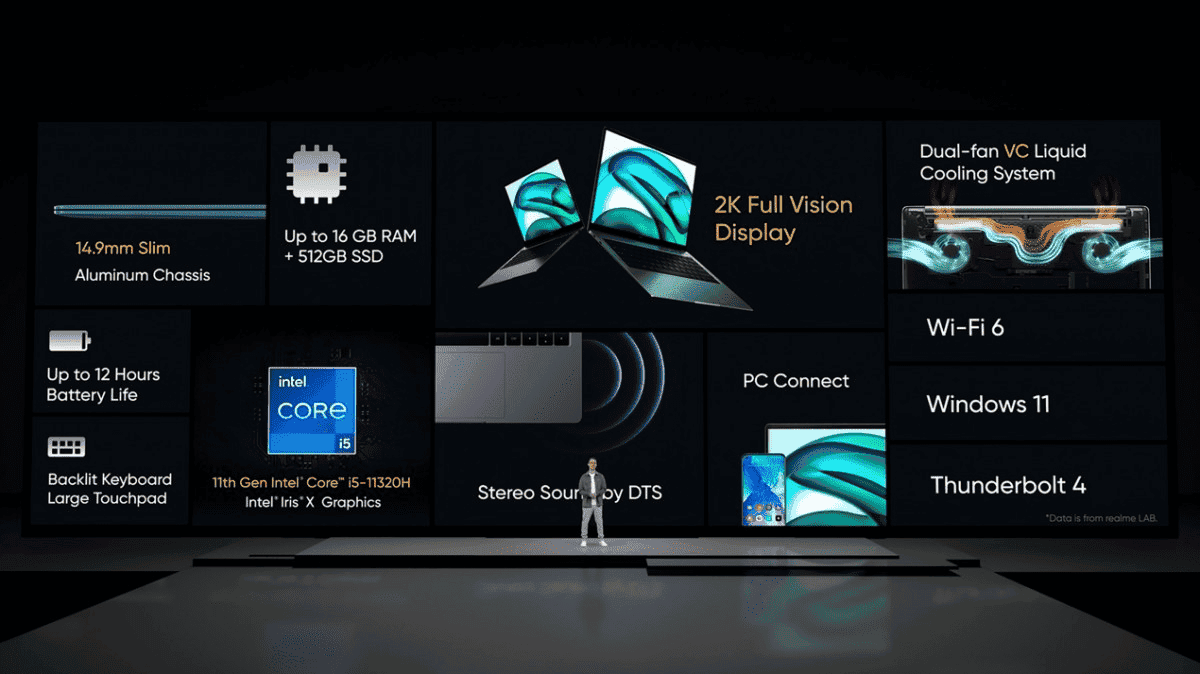 Another tweak includes a dual-cooling system which offers a 50 percent higher heat dissipation rate when compared to the regular Realme Book. The more efficient cooling leads to performance gains. The rest of the specifications are basically the same. The Realme Book Prime has a 14.2-inch IPS LCD with a 3:2 aspect ratio and 2,160 x 1,440 pixels of resolution. It also includes a 54Wh battery and a USB Type C 65W charger. The model with 8 GB of RAM and 512 GB of SSD storage is available for €999 while the upgraded 16/512GB version will set buyers back €1,099.

The Realme Buds Air 3 are the latest wireless earphones to come with Realme’s Hybrid ANC. They feature 10 mm drivers and can drown out up to 42 dB of noise around you. The Realme Buds Air 3 comes with an IPX5 rating and connects via Bluetooth 5.2. The earphones can bring up to 30 hours of music playback with the charging case. 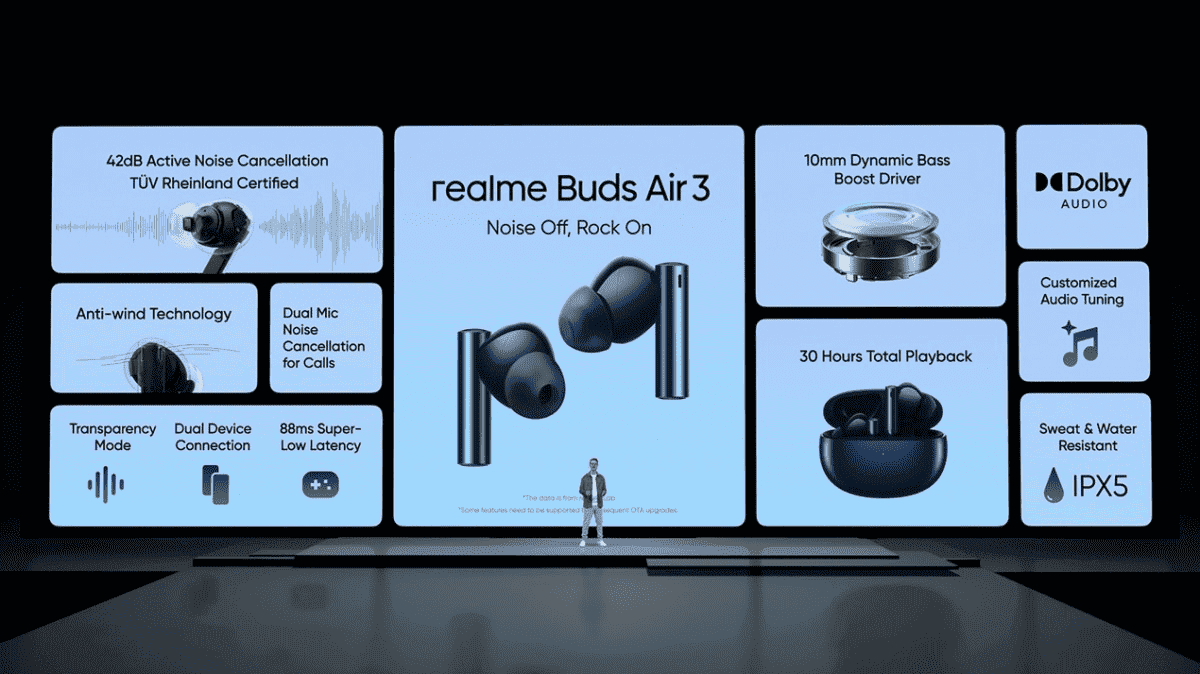 Realme also advertises an 88ms low latency mode for gaming. The TWS earphones also support dual device pairing. It allows you to take calls on your phone while connected to your laptop for example. Buds Air 3 comes in Galaxy White and Starry Blue colors and retails for €59.99.

Next How to secure your account with Google Authenticator or Authy