The purported Nothing phone has popped up on the internet in the form of a leaked live image ahead of its rumored April unveiling. If rumors making the rounds online are anything to go by, the consumer technology brand is gearing up for an imminent debut of its maiden mobile phone. Furthermore, the word on the street is that the Nothing phone will go official in April 2022. In the meantime, the brand founded by ex co-founder of OnePlus, Carl Pei, is still riding high on the success of the Nothing Ear 1.

To recall, the company launched the Nothing ear (1) Black Edition in India, accepting crypto as payments in December 2021. The TWS earbuds have garnered skyrocketing popularity among users due to aggressive pricing, unique design, and superior performance. Now, Nothing is prepping to take the wraps off its second product, a smartphone. Last month, Carl Pei teased took to Twitter to tease the first-ever Nothing smartphone, stating that “Android 12 is nice.” Regrettably, he did not divulge any other details in his tweet.

Now, the top executive has been spotted holding what could be the purported Nothing phone in his hands. The alleged Nothing phone image has been shared by noted leaker Evan Blass (@evleaks). Furthermore, it looks like the photo was captured at the recently concluded MWC 2022 show. In the image, Pei is showing off the phone. Also, this is probably the same image TechCrunch claims to have seen earlier this month.

However, the alleged Nothing phone isn’t clearly visible in the image. Nevertheless, we can still see the black-tinted rear panel that houses a circular camera module. This rear camera setup seems to feature an LED flash as well. Moreover, considering that there are stickers on the rear panel, it is likely to be a prototype model. Also, the device seems to follow in the footsteps of newfangled handsets and adopt a boxy design. This is a huge sign that Nothing is actually working on its first-ever mobile phone.

Nothing to see here. pic.twitter.com/mzLeTVHSXm

To recall, sources in the know had confirmed to TechCrunch that the upcoming smartphone will retain the unique form factor of previously launched Nothing product. According to the sources, Nothing phone will sport the same design elements of transparency debuted by the brand’s first product. However, the design seen in the image doesn’t appear to align with the sources’ description. In other words, the product in the leaked image could be a case for hiding the actual design. 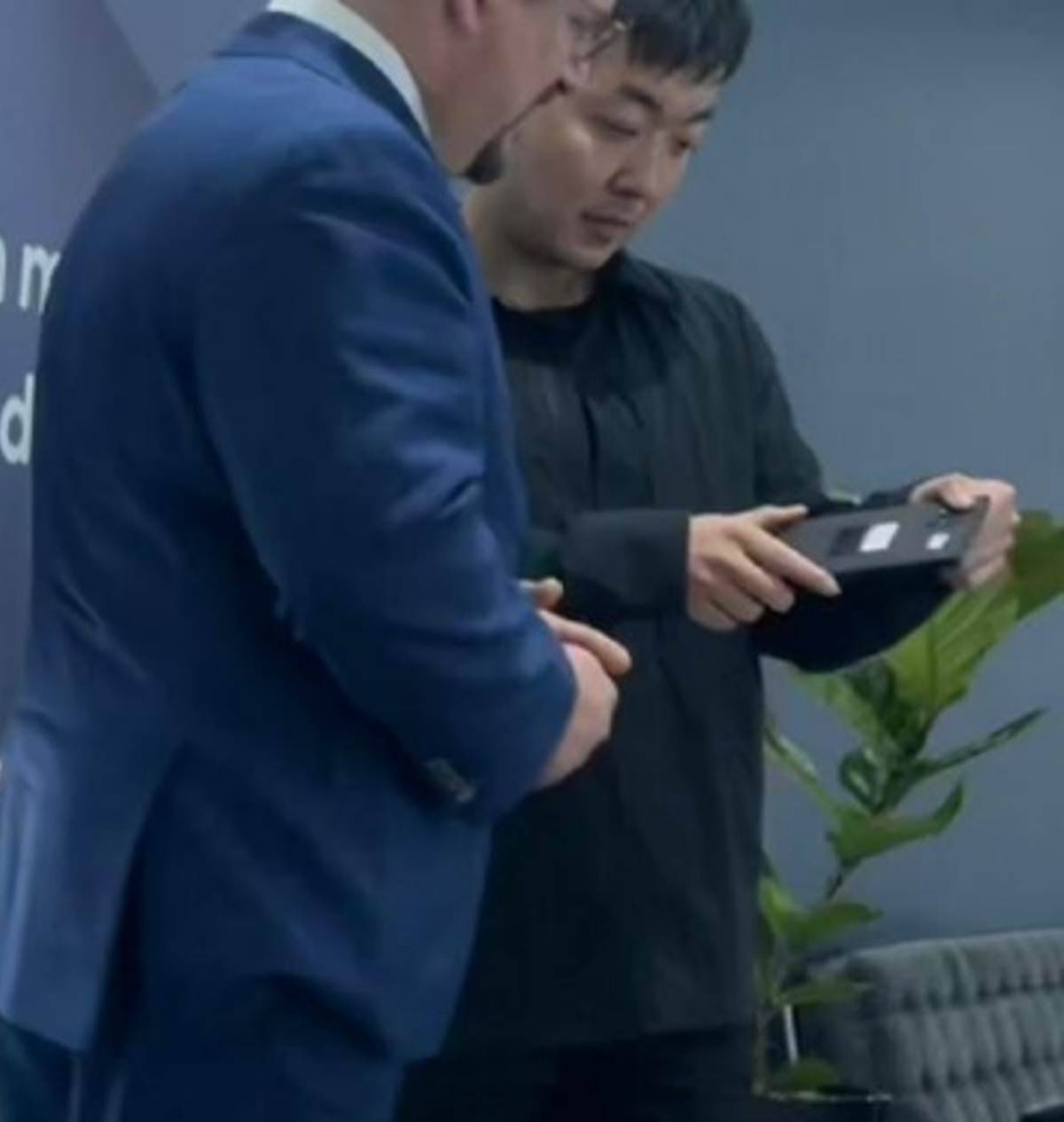 Also, there is a possibility that the Nothing phone could pack a Qualcomm chipset. Moreover, it will be interesting to see whether Nothing is planning to make its foray into the flagship market.. Alternatively, the brand could enter the premium mid-range segment, as it did with its earbuds. To recall, the Nothing TWS buds made their debut last year.