Oppo may be busy collecting the results of the Oppo Find X5 series release and the Oppo Pad launch, but it is still moving on to bring a new budget device dubbed Oppo A96 4G.

The Oppo A96 5G was launched by Oppo in January this year. As usual, the company seems to have a new Oppo A96 4G variant to disclose. Apparently, 2022 won’t be the year when companies will go fully to the 5G range. Instead, we should still see a couple of 4G variants in upcoming devices due to the cheaper hardware. It will join the existing Oppo A76 4G which was launched as one of 4G Oppo offerings for 2022. The company didn’t make the phone official just yet, but thanks to a set of leaked specifications, we already know exactly what to expect from the handset. The specs have emerged through two leaked promotion teasers. 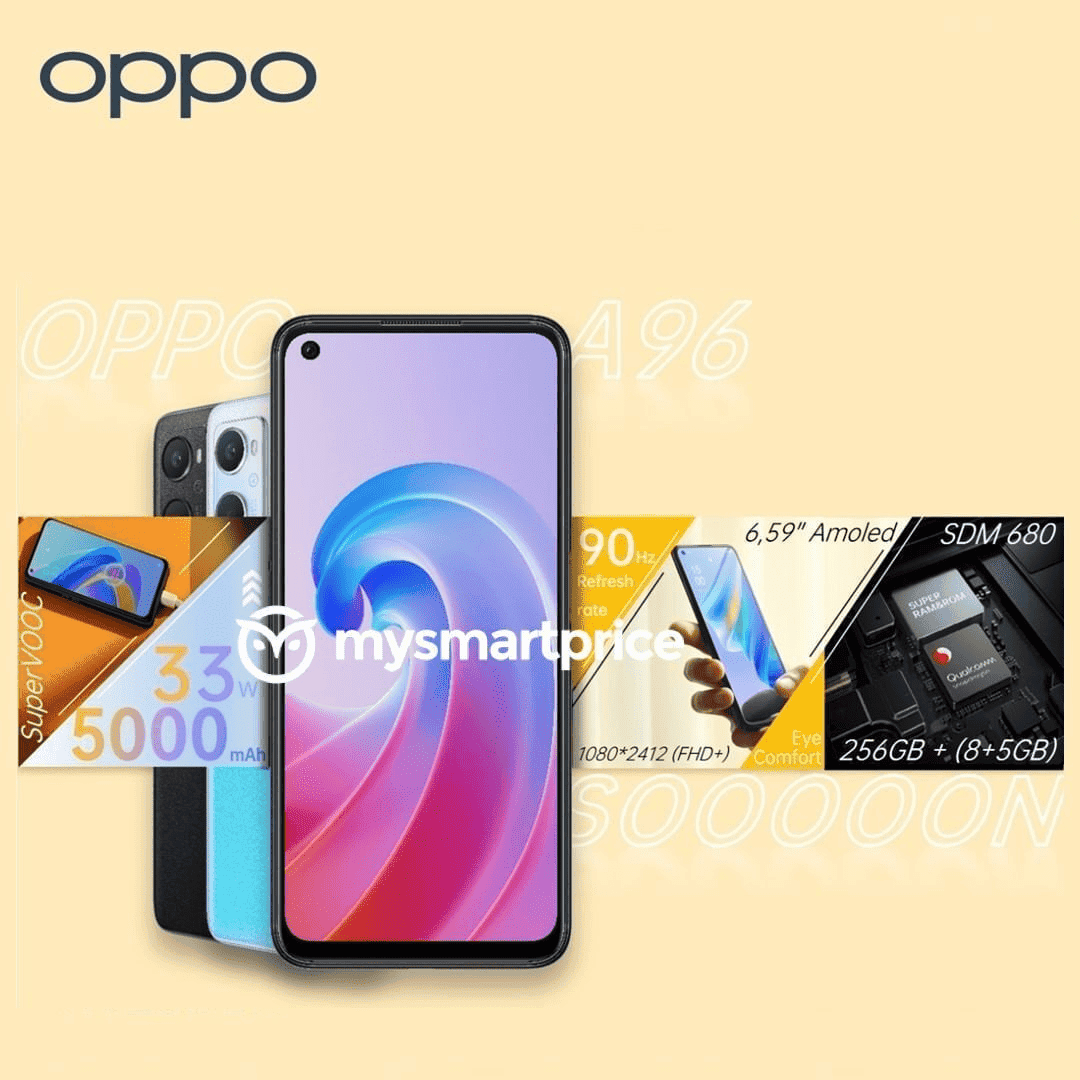 The Oppo A96 4G will bring the Qualcomm Snapdragon 680 SoC processor. This chip is the natural successor for the Snapdragon 678 that appeared last year and disappeared amidst the crisis in the semiconductor industry. It bags the 6 nm architecture but is slightly slower than other 5G offerings. The 680 is basically a node shrink of the Snapdragon 665, so you can expect modest performance in this handset. Despite this, Oppo is being quite generous in the storage amount. The phone will pack 256 GB of Internal Storage and will have up to 8 GB of RAM that can be further enhanced with 5 GB of virtual RAM.

The 4G phone will also offer a better display than its 5G sibling. The phone will pack a 6.59-inch AMOLED display up from 6.43-inch on its sibling. Furthermore, it brings a Full HD+ resolution with 2,412 x 1,080 pixels of resolution and a 90 Hz refresh rate. Unfortunately, there aren’t any details about the camera. However, we already know there is two snappers at the back. We can expect the main camera with 48 MP or 64 MP resolution and a secondary snapper that could be either an ultrawide snapper (best scenario) or a depth sensor (worst scenario).  There will be a single selfie snapper inside of a top-left punch-hole.

The phone will also bring a 5,000 mAh battery with 33 W SuperVOOC charging. Even the battery is bigger than the 5G variant. We can only conclude that the 5G chipset made Oppo cut some corners in certain departments. 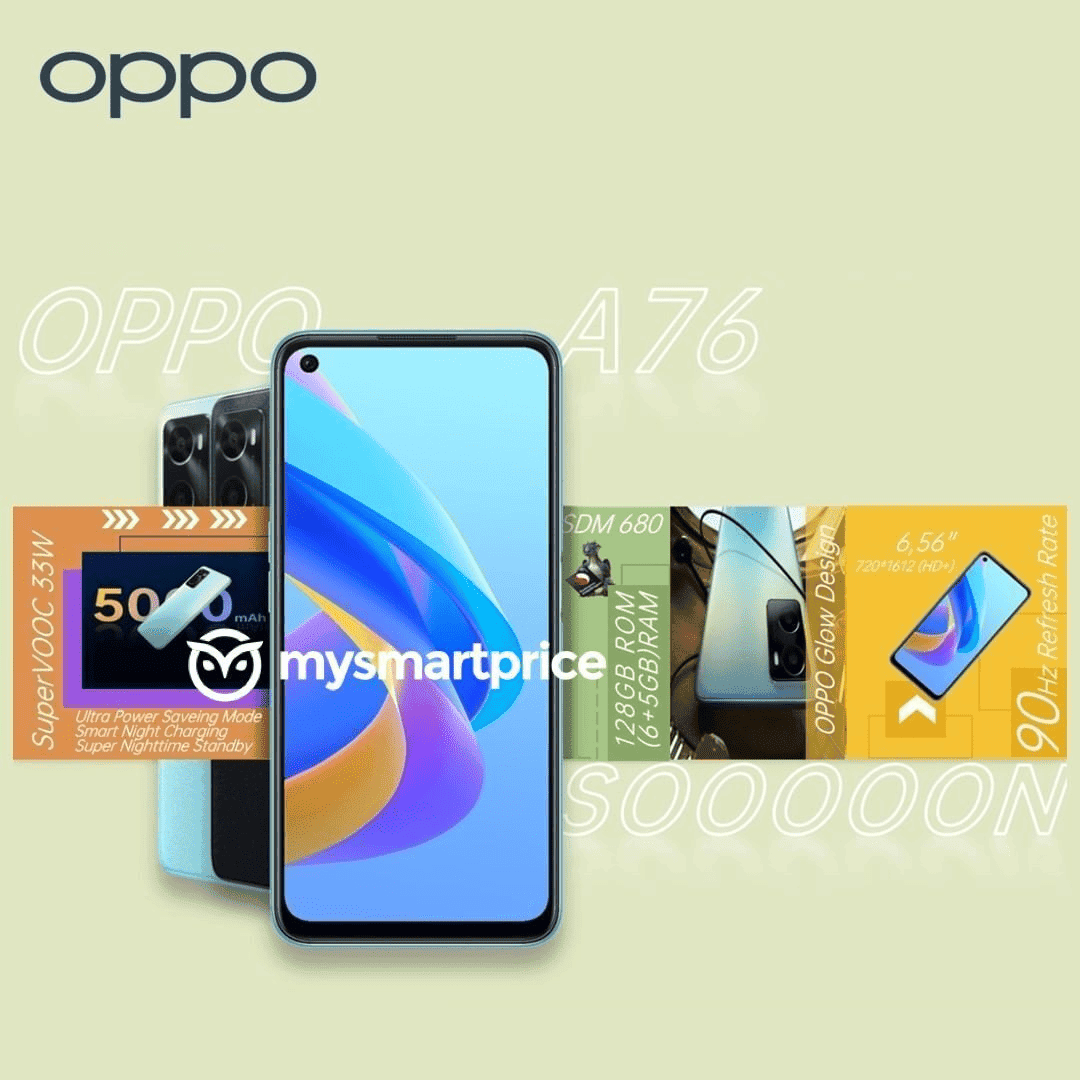 In addition to the Oppo A96 4G, the company seems to be also preparing the Oppo A76 4G in India. The phone probably has the same specifications as the variant that emerged in Malaysia. It boasts the Snapdragon 680 SoC and has an IPS display.