Samsung is one of the few “mainstream” companies that still bet in the range of “rugged” smartphones. Apparently, even being a “niche” the company is collecting good results. That explains why it keeps bringing new smartphones every year. The company seems to be already preparing for a new smartphone under the XCover lineup. The device will reach the market as Samsung Galaxy XCover Pro 2 and has just passed through the Geekbench benchmark database. The handset appeared on the benchmark database website with the model number SM-G736B. The benchmark listing reveals some key specifications of the upcoming Samsung rugged smartphone.

The upcoming smartphone, the Samsung Galaxy XCover Pro 2, appeared with model number SM-G736B. The device emerged on the Geekbench 5 database website. As per the listing, it scores 766 points in the Single-Core tests. When it comes to the multi-core department, the device has amassed 2,722 points. As per the benchmark listing, the Galaxy XCover Pro 2 will carry an Octa-core processor with the codename Lahaina. Out of these eight cores, four will be clocked at up to 1.80 GHz frequency, while the other four will come at 2.40 GHz frequency. 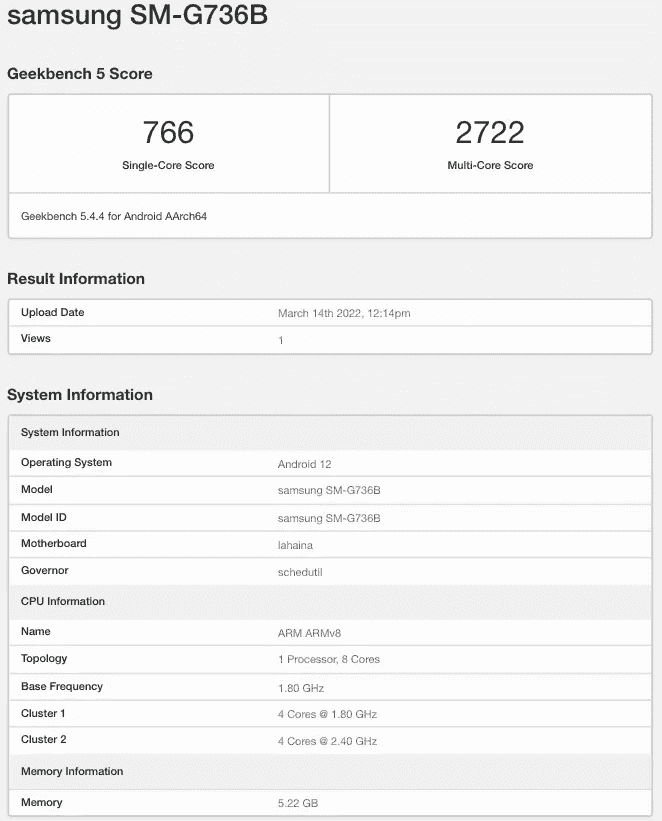 We already know that the Lahaina codename stands for the Qualcomm Snapdragon 778G processor. Furthermore, the four higher clocks are ARM Cortex-A78 cores, whereas the four slower are efficient ARM Cortex-A55 cores with a 1.80 GHz base frequency. This chipset uses the 6 nm fabrication process from TSMC and also has an Adreno 642L which is one of the best offerings in Qualcomm’s mid-range department. The processor also boasts other good devices like the Xiaomi 11 Lite NE, Galaxy A52s 5G, and the Realme GT Master Edition.

The benchmark listing further reveals that the Galaxy XCover Pro 2 will come with 6 GB of RAM. Furthermore, it will run Android 12. It’s not a big surprise when we’re talking of Samsung. The Korean firm came from one of the worst brands in terms of Android update to one of the best. The device will likely run the company’s One UI 4.0 skin on top, or even the newer One UI 4.1 branch. 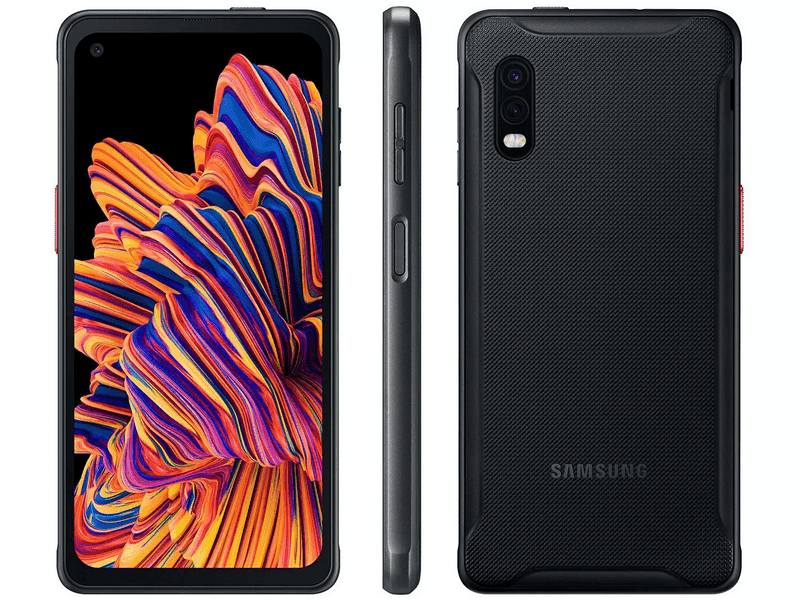 For now, there is no word regarding the release date of the Galaxy XCover Pro 2. However, we can expect it to go official very soon. We expect a quiet launch for this handset and it will likely target a few specific markets including Europe and the US. For now, Samsung is directing all the spotlight to the imminent Galaxy A series event that will bring devices such as the Galaxy A53 and the A73.

Next Ford and Volkswaven expand EV collaboration on MEB platform