On Thursday, Xiaomi will host a presentation of the Redmi K50 series. The company spends the last days on a promotional campaign and promotion of new products on the market. As always, this is done through teasers and a new portion of them has appeared on the network.

It is reported that they will offer a cooling system with an area of ​​​​3950 mm² and, most likely, we will see it in a smartphone with a Dimensity 9000 chip. One of the models will offer a QuadHD + AMOLED panel from Samsung with a peak brightness of 526ppi. 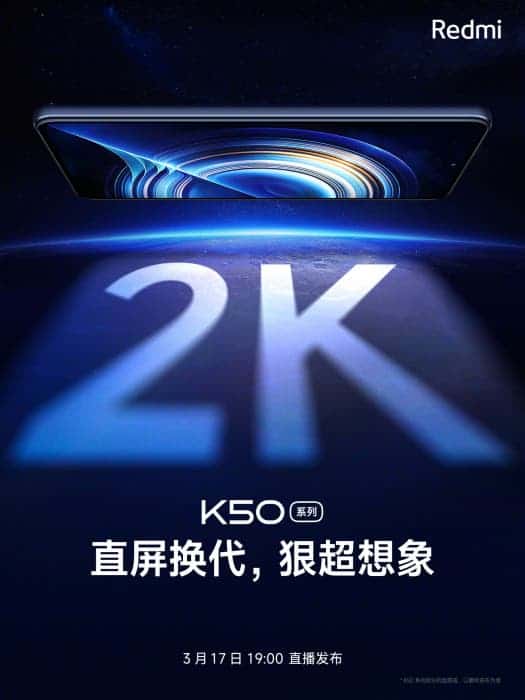 Among the features of the Redmi K50 series, Wi-Fi 6 support, Hi-Res Audio, stereo speakers with Dolby Atmos and a USB Type-C port are mentioned. Also, you should expect NFC, Bluetooth 5.3 and an advanced vibration motor from smartphones. And earlier it was reported that Redmi K50 will receive a unique version, whose back cover resembles a meteor shower. You can also choose from variations with white, blue and golden colors. 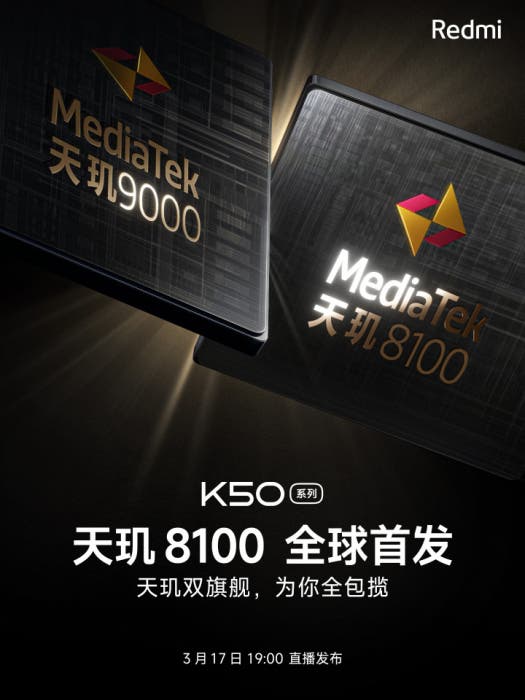 And the company will announce all the characteristics on March 17, and we will definitely tell you about the new products.

Xiaomi reveals the features of the Redmi K50 series

In comparison, the Exynos 2200 on the Galaxy S22 series scored 1157 and 3307 respectively; while Google Tensor on the Pixel 6 Pro only managed 1042 and 2832 on the same test. But the comparison with Snapdragon 8 Gen 1 looks much more interesting. So, Redmi K50 Gaming Edition in a single-core test managed to show a result of 1240 points in measuring the performance of a single core and 3645 in a multi-core one.

At the moment, the performance of the Dimensity 9000 is second only to the Apple A15 Bionic; whose result in Geekbench 5 was 1734 and 4818 points, respectively. If the chipset delivers the same power in real-life conditions; then MediaTek can be congratulated for building a really great processor. On March 18, sales of the Oppo Find X5 Pro with the Dimensity 9000 chip will start and the first reviews will show what the new chip is like in business.  So, we will for sure discover more about it soon.