After myriads of promo teasers, today, at a planned event, Xiaomi’s ex-brand released the much-anticipated smartphone series, namely the Redmi K50. The lineup includes two models – the vanilla K50 and the Pro version. 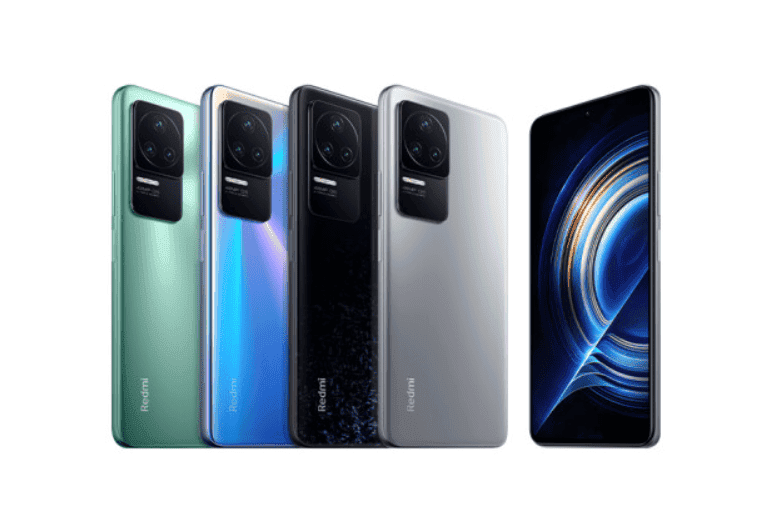 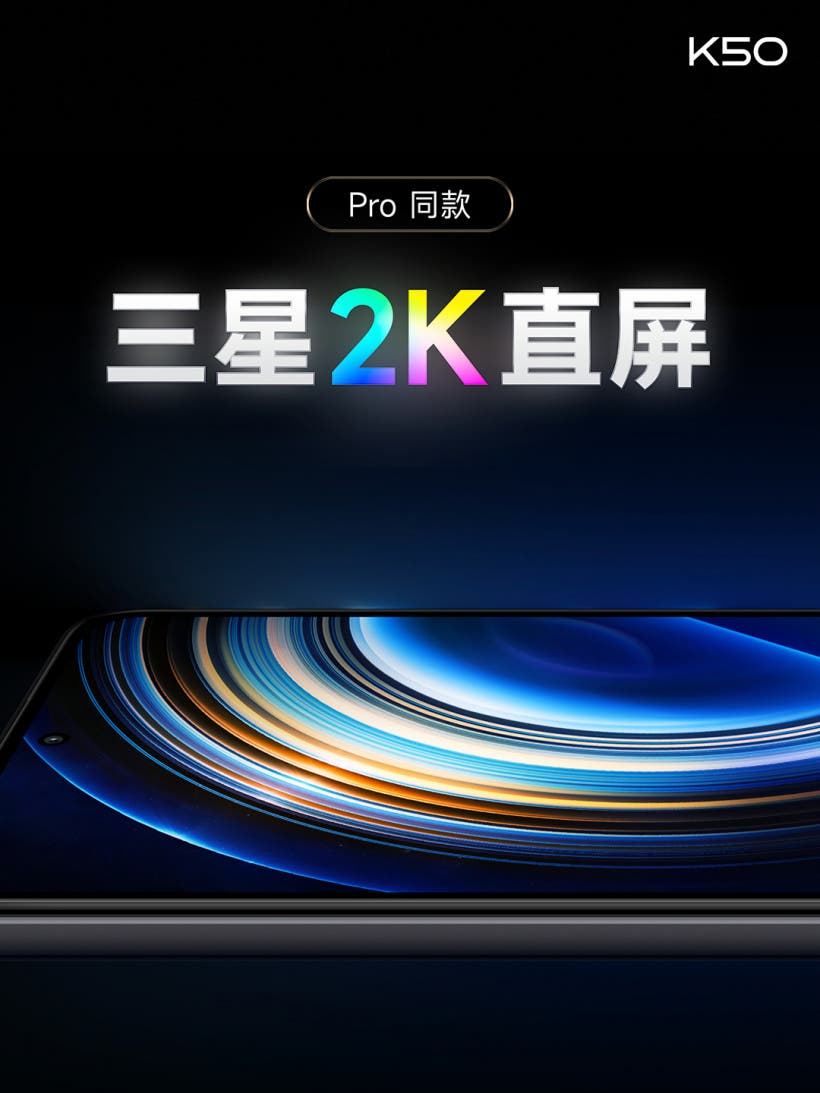 Our protagonist carries the same Samsung 2K straight screen as the Pro version on the front. It comes with a size of 6.67 inches and a resolution of 3200 × 1440 pixels. This is a professional color quasi-primary color screen supporting ambient color temperature sensing. Lastly, it supports Dolby Vision HDR mode.

In this regard, Lu Weibing pointed out that the 2K screen will become a trend in 2022.

Well, we are dealing with the world’s first smartphone powered by the Dimensity 8100 processor. The latter adopts TSMC’s 5nm process. It consists of 4 Cortex A78 large cores with a CPU frequency of 2.85GHz and 4 Cortex A55 small cores with a frequency of 2.0GHz. The chip’s benchmark score exceeds that of the Snapdragon 888. Plus, it comes with an upgraded GPU and APU. Other than that, the Redmi K50 Standard Edition boasts the same VC liquid cooling + 7-layer graphite as the Redmi K50 Pro. 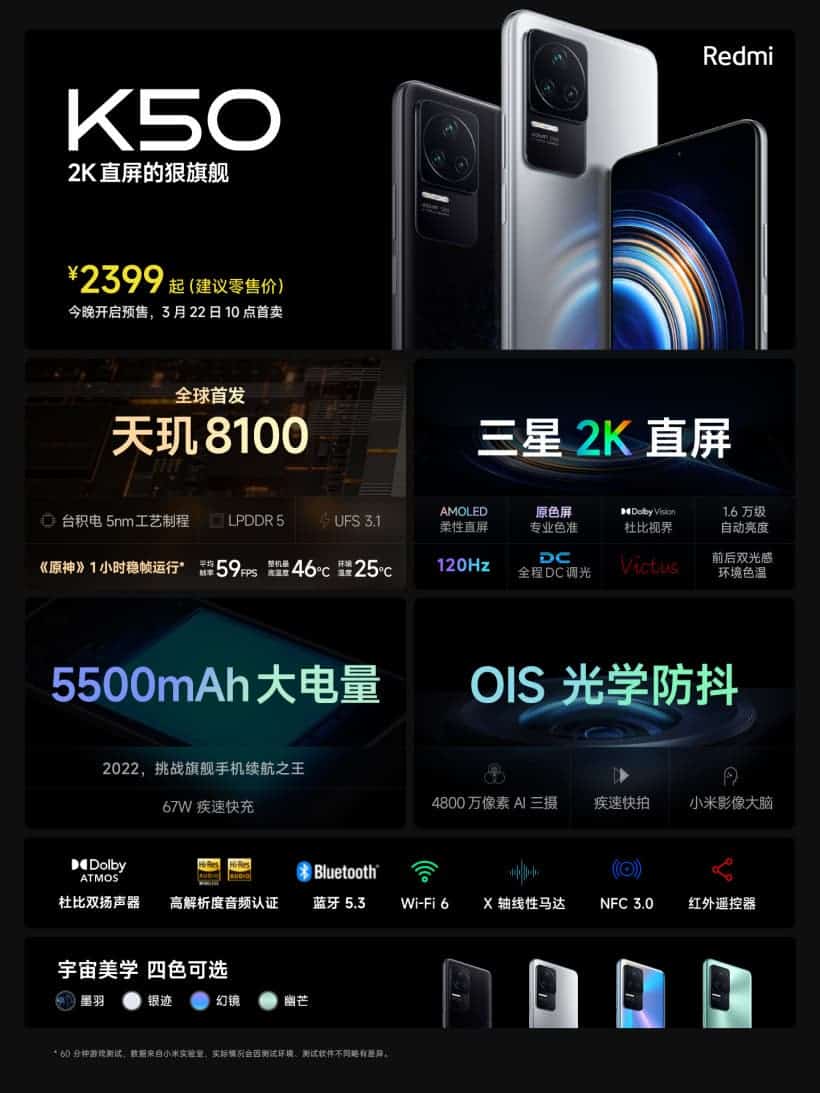 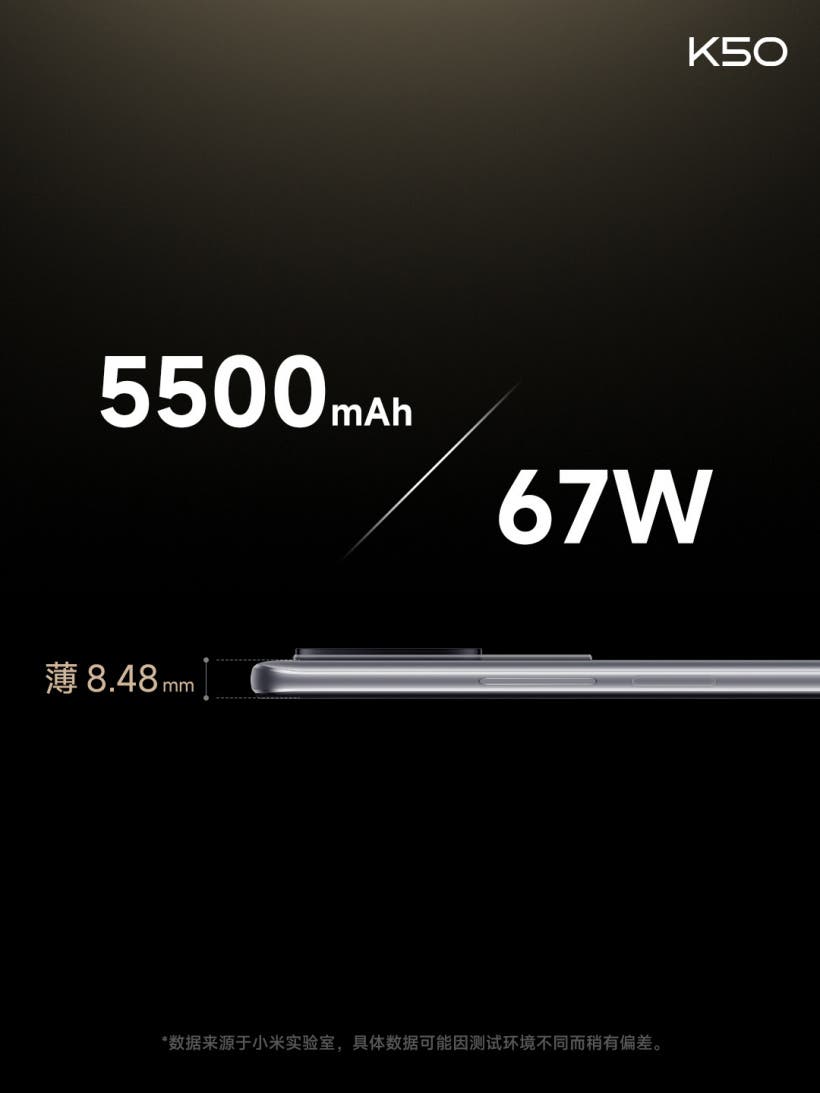 In terms of endurance, the Redmi K50 vanilla model sports a 5500mAh battery, which supports a 67W fast charging solution. Due to the latter, the battery will get fully charged in 48 minutes.

It is worth noting that the Redmi K50 comes pre-installed with the MIUI 13 operating system. Compared with the enhanced version of MIUI 12.5, MIUI 13 has a 15% decrease in the cumulative frame drop duration on flagship phones and a 52% drop on entry-level phones.

Another selling point of the phone is considered to be the camera. The latter includes a 48MP Sony IMX582 main sensor, which supports OIS (optical image stabilization). This is the most recognized image stabilization technology. It detects jitter at high speed through the gyroscope and acceleration sensor in the mobile phone. Afterward, it transmits the signal to the OIS processing end to calculate the displacement to be compensated. The system transmits data to the micro-drive motor in real-time. Then, it quickly adjusts the posture of the camera module. So it can effectively overcome the blurring of the image caused by the shaking of the mobile phone. 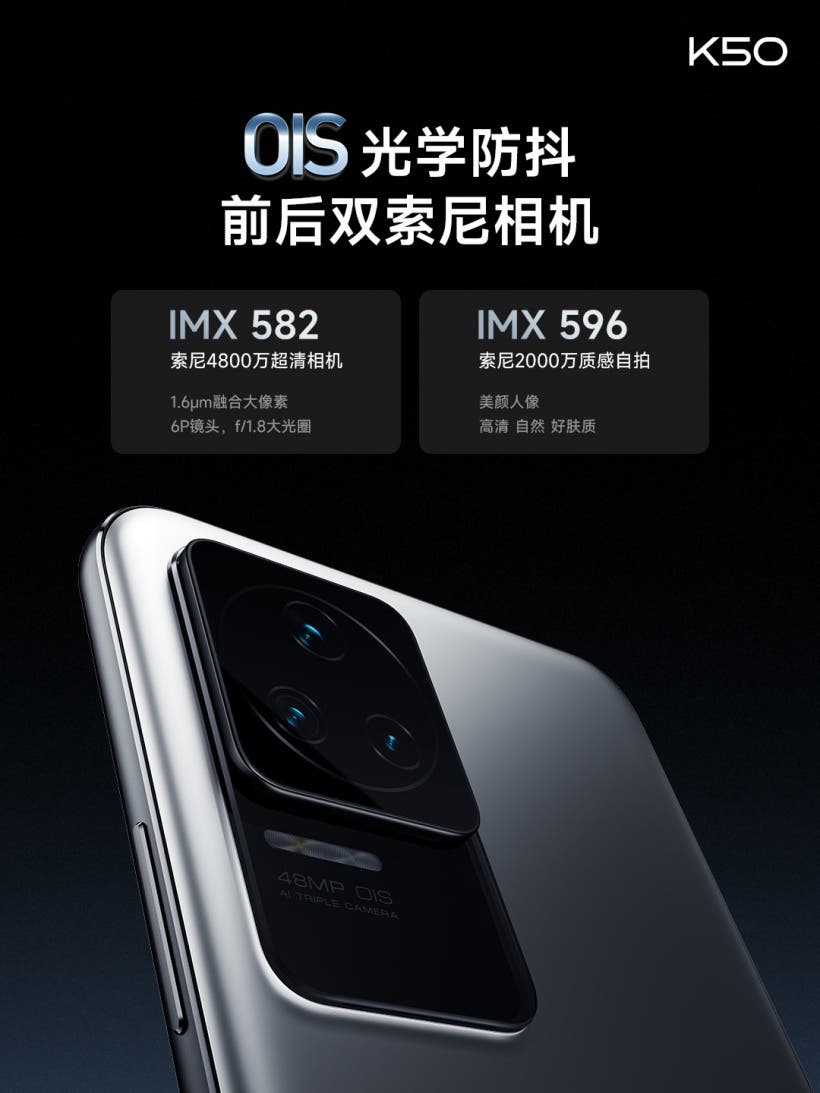 The effect of the optical image stabilization function is quite apparent. Under normal circumstances, turning on this function can increase the shutter speed by 2-3 stops. So the hand-held shooting will not generate blurring.

There is also an 8MP ultra-wide-angle lens as well as a 2MP macro lens. The front-facing camera uses the 20MP Sony IMX596 CMOS, placed in the upper middle area.

The Redmi K50 Standard Edition is already available for pre-order, but it will start shipping on March 22. The phone prices are:

Previous First sales for the global Xiaomi 12 are up on Aliexpress !