Google is the world’s most popular and most-used search engine. There is no other platform out there that could compete with Google’s search engine. We use it on any device- be it a PC, a mobile phone, a tablet, a smart TV, etc. Its algorithm allows us to get answers to anything we are looking for. But this also means that “Google knows everything” about us. In this sense, the search history in the browsers can tell what kind of people we are. Deleting search history might solve this problem in some sense. But it’s not always possible. At last year’s Google I/O, the company issued a statement, saying that it will bring a new feature to Google’s privacy suite. The latter will allow users to delete the history of Google searches that you’ve done in the past 15 minutes. 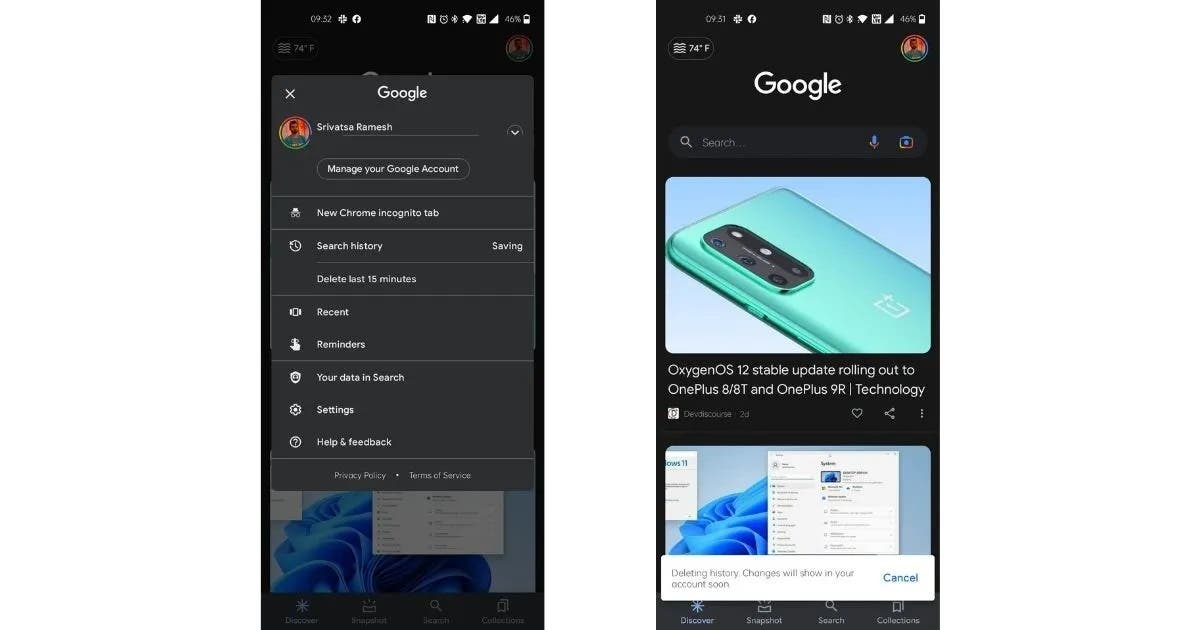 In the middle of the past year, Google made this feature available on iOS devices. Now, after about seven months, the mentioned feature is already available for Android users.

At Google I/O 2021, Google announced it'd roll out an option to delete the last 15 minutes of your search history. This rolled out on iOS in July 2021 but was said to come to Android later. Well, it appears to now be rolling out!

One of the tipsters, Mishaal Rahman said on Twitter that we can also see the new feature on our end. Below is an explanation of how the feature works.

How To Delete Google Search History Of Last 15 Minutes 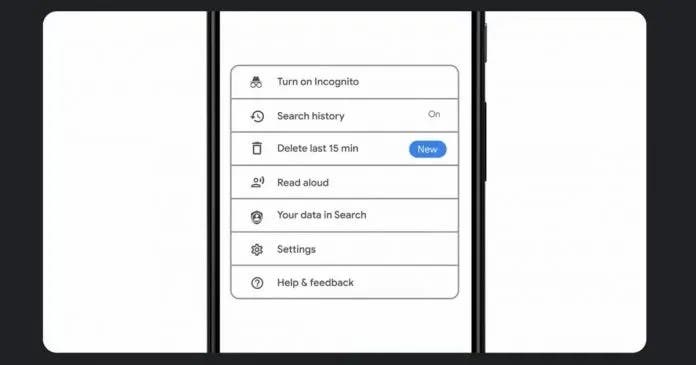 These simple steps will allow you to delete the last 15-minute Google search history. There is a possibility that you can’t see this feature for the time being. But it is available for most Android users and it’ll be widely available for all users in the coming weeks. Moreover, it is part of the Google app update. In other words, if you want to check it out, just make sure your device is running the latest version of the Google app.

Further reading: A Large-Scale Crash Has Been Reported In The Google Search App

As said, now, both Android and iOS users can delete their last 15 minutes search history. Unfortunately, desktop users have no access to such a feature yet. You should know that desktop users can clear browsing data for the last hour, last 24 hours, last 7 days, last 4 weeks, and all time. Other than that, if you are on a desktop, you can auto-delete activity older than 3 months, 18, or 36 months. Google I/O 2022 will take place in May. So there is every reason to think that Google will announce a similar feature desktop as well.