VIVO will release its next-gen flagship smartphone soon. We are talking about the VIVO X80, which will include a few models. Among them, the Pro version is going to make a tough competition to the premium smartphones on the market. Today, a Weibo blogger showed a spy photo of an upcoming VIVO smartphone. From the photo, we can see that the phone uses a circular rear matrix quad-camera module. Oddly, there is no flash. Instead, we can notice the classic Zeiss blue logo on the top right corner of the lens.

Apart from the VIVO X80, the company will also release a few other top-end models. Among them, we can mention folding screen smartphones as well as tablets. They all will come with the same design language. As you understand, we are talking about the phones previously leaked as X80 series, X Note, X Fold, VIVO Pad, and so on. 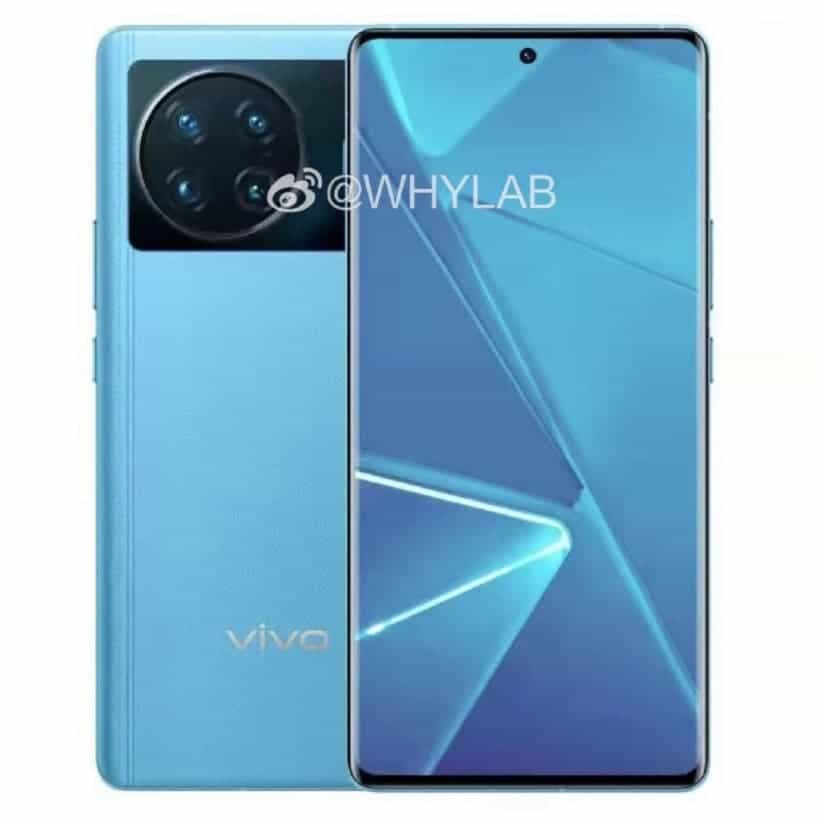 Previously, some users accidentally discovered the upcoming VIVO X Note Blue (plain leather) version on VIVO’s website. According to various rumors, the phone should hit the stores next month.

The blogger also proves that VIVO will launch 4 Snapdragon 8 Gen1 flagships and 2 Dimensity 9000 flagships. They cover from mid-to-high-end smartphones niche, including folding screen, large-screen, full-focus flagships. which he believes will be released next month.

Judging from the information announced by the Ministry of Industry and Information Technology, the VIVO X80 will use a 6.78-inch FHD+ resolution OLED curved screen. Under the hood, it will carry a 4500mAh dual-cell battery, which is going to support 80W wired fast charging. The thickness of the phone will reach 8.3mm.

As said above, there will be a Pro version as well. The latter will feature a 6.78-inch QHD+ resolution OLED curved screen. The battery capacity will be increased to 4700mAh but it still will support 80W wired fast charging and 50W wireless fast charging. However, the phone will be thicker, at 9.1mm.

Other than that, the upcoming folding screen phone dubbed the VIVO X Fold will sport a 6.53-inch FHD+ resolution OLED single-punch curved external screen. We still have no information concerning the secondary screen. However, the battery inside the fuselage will have a 4600mAh capacity, and like the previous two models, it will support 80W wired fast charging as well as 50W wireless fast charging. The thickness is only 6.28mm.

Finally, the VIVO X Note ought to come with a huge AMOLED E5 display. The latter is going to boast a QHD+ resolution and a 120Hz refresh rate. The battery capacity will be 5,000mAh and it will support the aforementioned charging output options.

Next Leaked details about the OnePlus Pad tablet