Much to the delight of cricket fans, Twitter has added a dedicated Cricket tab on its Android app in India. Twitter announced that it is currently testing a dedicated Cricket tab, that is visible on the Explore page in India. Moreover, this tab will serve as a standalone place where ardent cricket fans can check the latest updates about their favorite players, teams, and matches.

Aside from this, the newfangled cricket tab includes a live cricket scoreboard, video highlights, as well as content that you’d see first on Twitter. The social media giant has added custom IPL team emojis that will be available in seven Indic languages and English. This is likely to increase Twitter’s engagement among cricket fans in the country. Likewise, Twitter recently added a direct GIF recording ability to its iOS version to increase engagement.

IPL is back y’all and so are the emojis 🥳 pic.twitter.com/oEZNcU0f20

Moreover, the cricket tab could increase interaction between cricket lovers about their favorite teams, and other related topics on the microblogging network. Notably, the cricket tab is currently rolling out to some Twitter users in India who are using the Android app. It has the title IPL and is available on the Explore page. Furthermore, there is a dedicated page at the top featuring the latest tweets, and updates.

The dedicated page will include a live scorecard as well. Users will be able to access the live scorecard from the Events page during cricket matches, as per a report by The Indian Express. As if that weren’t enough, the cricket tab will have content widgets such as off-field action, highlights, match moments, top players, and more. Furthermore, Twitter is teaming up with Star Sports to offer a slew of awe-inspiring features on the newly-added tab.

For instance, cricket fans will be able to experience in-studio action in five languages including Kannada, Telugu, Tamil, Hindi, and English. Aside from this, there will be franchise content and unmissable expert AMA sessions. The platform will include match previews, feature panel discussions, and reviews via Cricbuzz. On top of that, sports journalist Boria Majumdar will be interviewing cricketers and other popular personalities in the field. 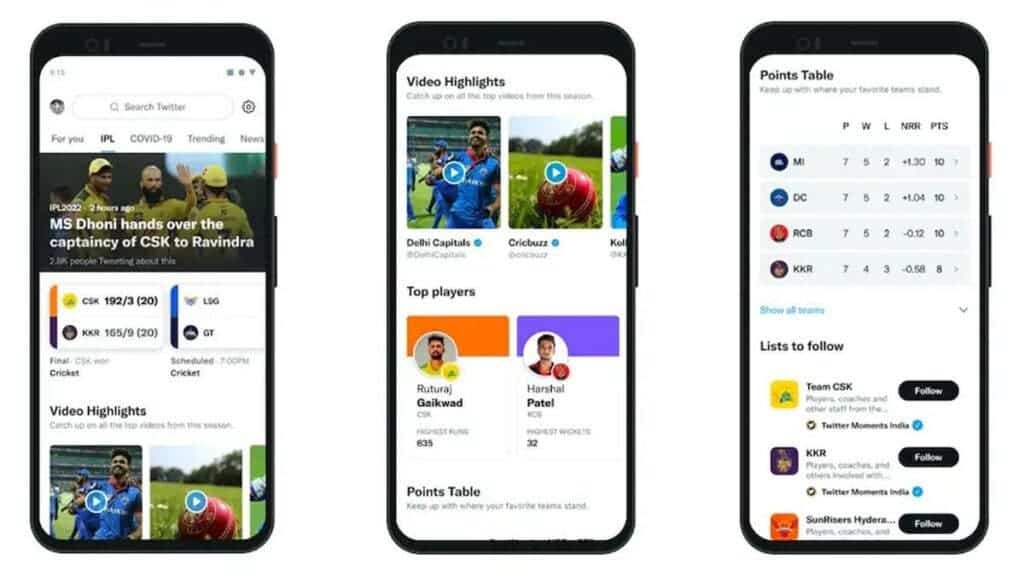 Also, users will be able to enjoy pre-and post-match shows. Twitter will use machine learning to offer cricket-related tweets on the Cricket tab. Furthermore, cricket fans will be able to follow the IPL topic for the latest updates on the ongoing tournament. Twitter is also offering custom team emojis in multiple Indic languages and English. These custom team emojis will be available in Telugu, Tamil, Punjabi, Kannada, Gujarati, Bengali, and Hindi.

In the meantime, Twitter is facing difficulty in terms of accessing services from Russia. Earlier this year, Twitter suspended all ads in Russia and Ukraine in a bid to combat misleading content on the platform. In the meantime, it is leaving no stone unturned to give cricket fans in India something to cheer about. Last year, Twitter introduced a community and a cricket scoreboard during the World Cup tournament. Moreover, it previously launched a World Cup timeline featuring a dedicated screen for the latest updates.

Previous iMyFone Fixppo: How to Fix iPhone Shuts Down when The Storage Is Full?