Realme has just unveiled a new smartphone in the Indian market dubbed Realme C31. After multiple leaks and teasers, the Realme C31 joins the existing C-series smartphones. For those unaware, the C-series comes for the low-end segment with decent but modest specs and affordable prices. The Realme C31 comes as a successor for the Realme C21 in India and sits below the Realme C35 which was unveiled in the country a few days ago. The device comes with a Unisoc chipset and has a triple-camera setup. The device was unleashed in Indonesia a few days ago, now reaches India. Without further ado, let’s see what this handset has in tow for the emerging market.

As aforementioned, the Realme C31 is a modest smartphone with average specifications. It comes with a 6.5-inch IPS LCD screen that has just an HD+ resolution. As usual in the low-end segment, the phone has a waterdrop notch with a slightly thick chin bezel. The phone has an 88.7$ screen-to-body ratio. However, the biggest problem with this display is the average 60 Hz refresh rate. In times of 90 Hz, 120 Hz, and 144 Hz display it’s becoming hard to deal with devices with regular 60 Hz refresh rates. Anyway, it’s a budget device and the company had to cut some corners. Furthermore, the chipset couldn’t withstand a 90 Hz refresh rate.

Under the hood, the Realme C31 packs the Unisoc T612 SoC. This is a modest chipset with two ARM Cortex-A75 cores clocked at up to 1.8 GHz and six ARM Cortex-A55 cores clocked at up to the same 1.8 GHz. Fortunately, the device has a variant with 4 GB of RAM and 64 GB of Internal Storage. Nowadays, this is the bare minimum for a decent multi-tasking experience and also for installing apps without having the storage full all the time. Anyway, as usual in this range, there is a micro SD card slot for further storage expansion. 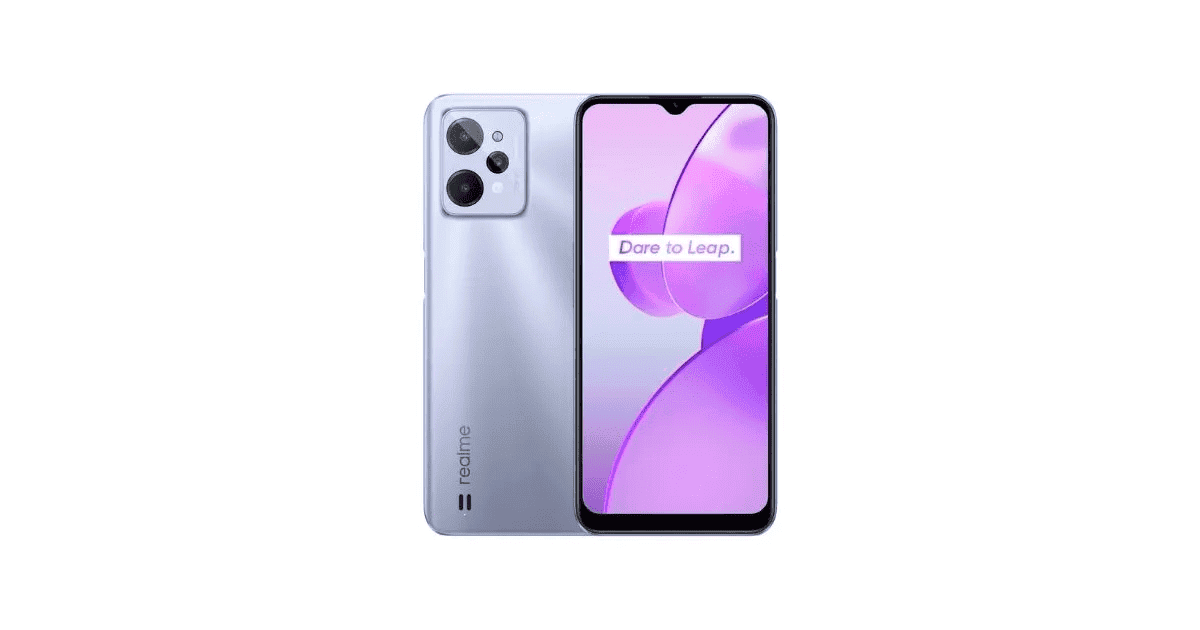 The Realme C31 comes with a side-mounted fingerprint scanner and its selfie camera supports face unlock. Talking about the camera, there is a simple camera setup with a 13 MP main camera, a 2 MP macro shooter, and a 2 MP B&W sensor. The selfie snapper has a 5 MP resolution.

The Realme C31 draws its powers from a huge 5,000 mAh battery, but unfortunately, Realme capped the charging at 10W. The device still comes with a USB Type C port anyway. The handset runs Android 11 straight out of the box with Realme UI R running on top. The phone weighs 197 grams and measures 164.7 x 76.1 x 8.4 mm.

The Realme C31 has a base model with 3 GB of RAM and 32 GB of Internal Storage that costs INR 8,999. The high-tier version with 4 GB and 64 GB will cost INR 9,999. The phone comes in two colorways – Green and Silver. The sales will open on April 6, one day ahead of Realme’s big India event.