The Realme Buds Air 3 TWS earphones have been spotted on Flipkart, ahead of their impending launch in India. Realme will be unveiling the Realme GT 2 Pro smartphone for the Indian market on Thursday, April 7. Aside from this, the Chinese brand is prepping to launch the Realme 9 4G. Likewise, the Realme Buds Air 3 and the Realme Book Prime will go official in the country as well during the same event.

Now, the Realme Buds Air 3 has made an appearance on the Indian e-commerce website Flipkart will full specifications. To recall, the pricing details of the Buds Air 3, and the Buds Q2 were revealed via an Amazon listing not too long ago. Notably, the aforesaid Flipkart listing also sheds light on the Realme Buds Air 3 India price. According to the listing, the upcoming TWS earphones from Realme will set you back INR 5,999. The company has previously confirmed that the earbuds will retail for INR 4,000 in India.

So, the price listed on Flipkart could actually be the box price. However, it is worth mentioning here that the lowered INR 4,000 price tag is inclusive of a bank offer. The Realme Buds Air 3 full specifications have also surfaced ahead of the India launch. The TWS earphones originally made their debut during the recently concluded MWC 2022. The Buds Air 3 will come with a 10mm dynamic bass boost driver. Furthermore, this driver will feature a liquid crystal polymer diaphragm. 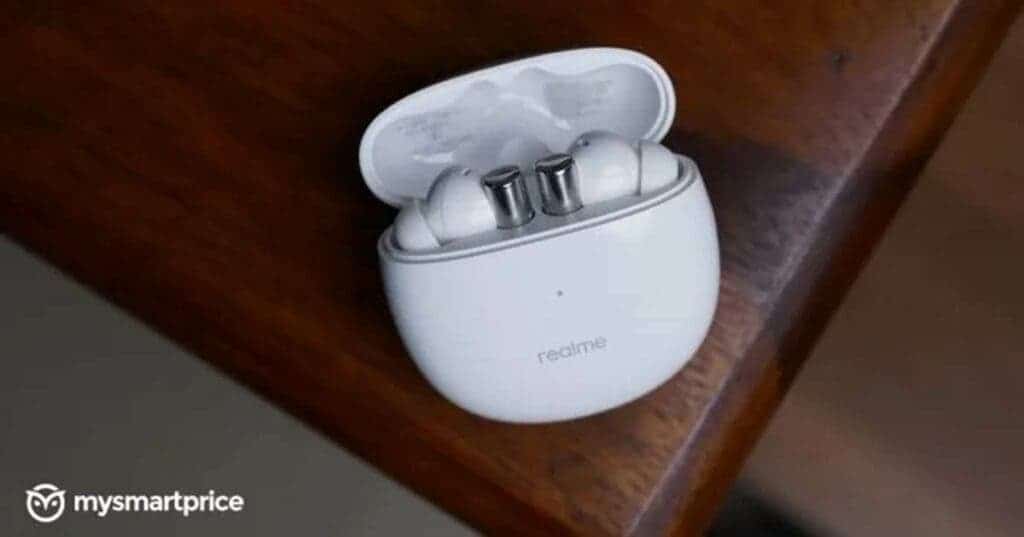 Much to the delight of avid gamers, the TWS earphones will deliver an impressive low latency gaming mode at just 88ms latency. Moreover, they have two microphones and support ANC (noise cancellation) up to 42dB. Aside from this, the earbuds will support a transparency mode. Even on a single charge, the battery of the Buds Air 3 can last up to 7 hours. A robust 4000mAh battery will be powering up the charging case to provide music playback of 30 hours without ANC. As if that weren’t enough, it comes with fast charging support.

Moreover, the TWS earphones are capable of delivering 100min music playback on just ten minutes of charge. The Buds Air 3 also supports Bluetooth 5.2 connectivity and Google Fast Pair. They carry the IPX5 rating for water resistance. On top of that, you can pair them with two devices at the same time. They can detect when a user puts them on. You can use gestures to switch tracks, play or pause audio.