BLU for those unaware is a North American brand that made its name with Android smartphones in the past. The brand achieved a certain presence in key markets across Latin America. The company usually relies on Chinese ODMs (Original Design Manufacturer) and uses the old White Label practice on its devices. ODMs aren’t so popular nowadays with some of the old Chinese brands from the past such as ZOPO, Jiayu, THL, and iOcean old of the party, the practice still exists. In fact, some mainstream companies also use this approach to save time and resources. Today, BLU is presenting its very first 5G smartphone dubbed BLU F91. The device is being sold in a $300 price range and has a decent set of specs.

The BLU F91 gets its 5G prowess from a MediaTek Dimensity 810 SoC. This platform was unveiled last year by MediaTek and is present in a bunch of new 2022 smartphones featuring 5G connectivity. The chipset can be found within the POCO M4 Pro 5G, for example. It brings a 6 nm architecture with 2 x ARM Cortex-A76 cores clocked at up to 2.4 GHz. Furthermore, it brings 6 x ARM Cortex-A55 cores clocked at up to 2.0 GHz. In terms of graphics, there is a Mali-G57 MC2 GPU. The phone comes with 8 GB of RAM which is a generous amount, and 128 GB of Internal Storage. Of course, in 2022, 128 GB is not a jaw-dropping amount. Thankfully, the phone comes with support for micro SD cards and you can hook up a 256 GB SD Card. 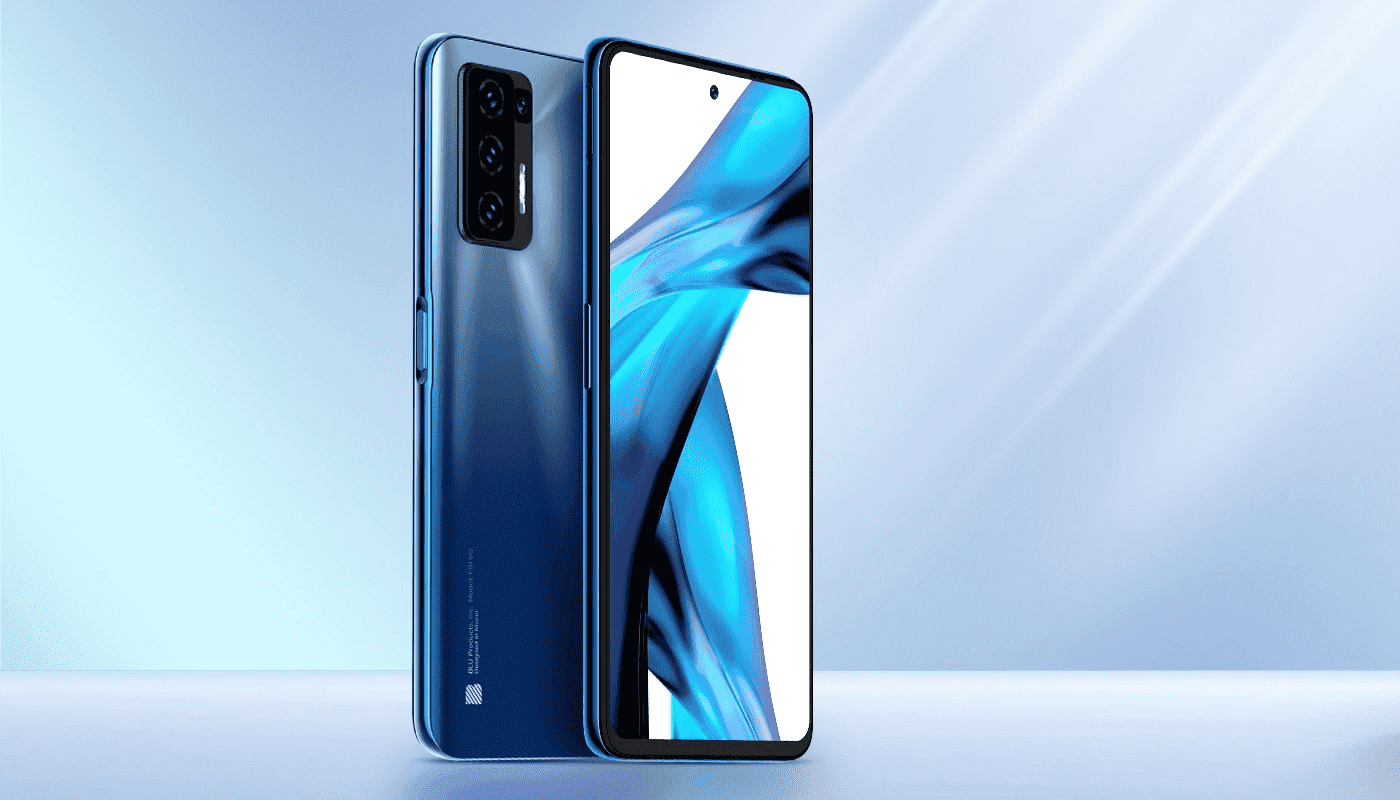 The BLU F91 packs a 6.8-inch LCD with 2,460 x 1,080 pixels of resolution and a 20:9 aspect ratio. The phone has a centered punch-hole cutout with a 16 MP selfie snapper. The phone also has a face unlock feature and a fingerprint scanner that doubles as a power button. In terms of software, there is a big BUT in this smartphone. It comes with Android 11 OS and there is no word on a possible update. Unfortunately, that’s the hard part of sourcing a phone from an ODM.

The manufacturer provided the “original design” with Android 11. Now it’s up to BLU to find a way to update this smartphone or get the update from the original manufacturer.  The phone has a Quad Camera setup with a primary 48 MP Samsung GM1 snapper. There is also a 5 MP ultrawide shooter, a 2 MP macro camera, and a 2 MP depth shooter. The BLUE F91 draws its powers from a 5,000 mAh battery which can last 3 days of regular use. According to the company, it supports 18W fast charging. A charger is also included in the box. 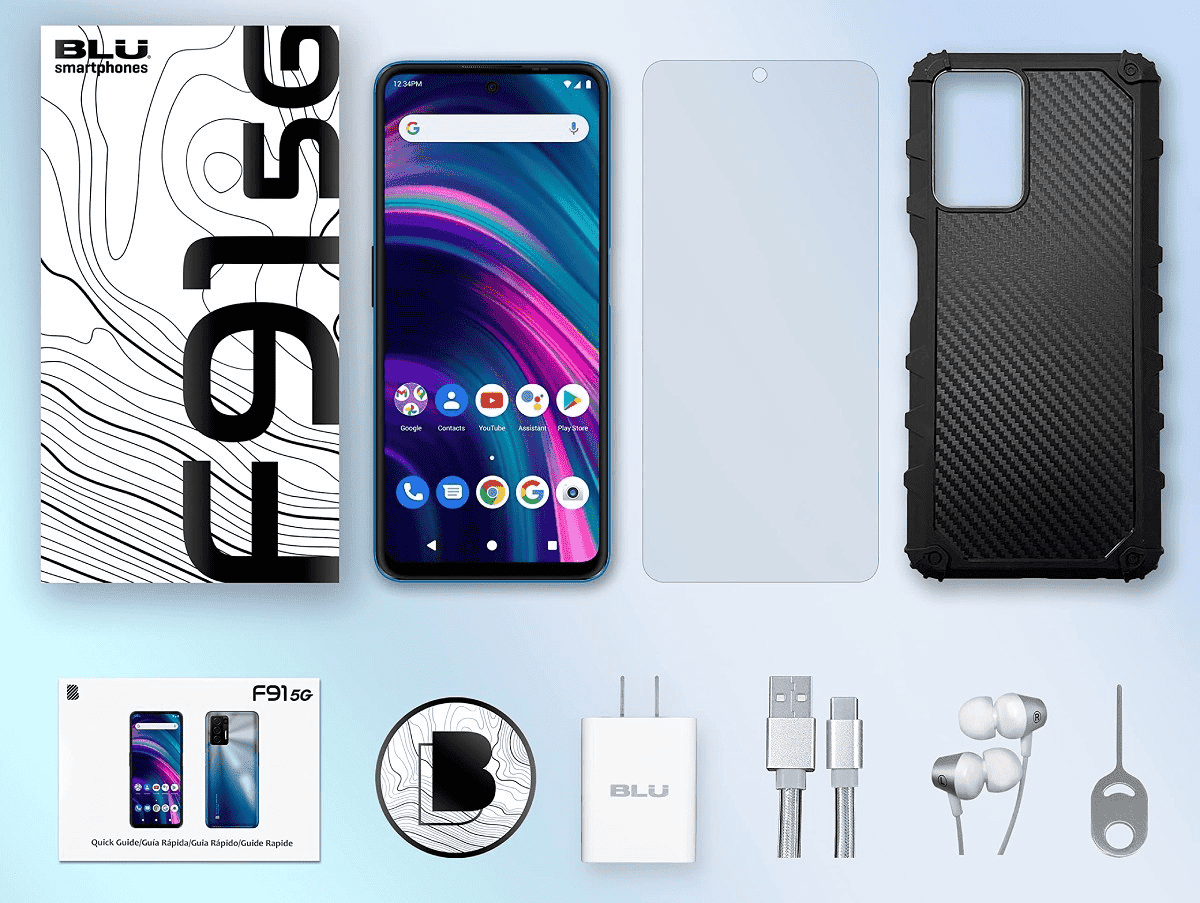 The phone comes with support for many 5G bands. It works fine on T-Mobile and Metro PCS in the United States. However, the 5G networks from Verizon, AT&T, and Sprint will not work. The phone brings NFC with support for cashless payment systems and has a USB Type-C port. The phone’s package is pretty complete with a glass screen protector and a rugged case.