Last year, Xiaomi released a new smartphone that was attributed to being the most beautiful smartphone of the company. Today, the manufacturer took wraps off the new model, namely the Xiaomi Civi 1S. Compared with the previous generation, it upgraded the chip and camera. Plus, it is offering beautification features for boys as well. 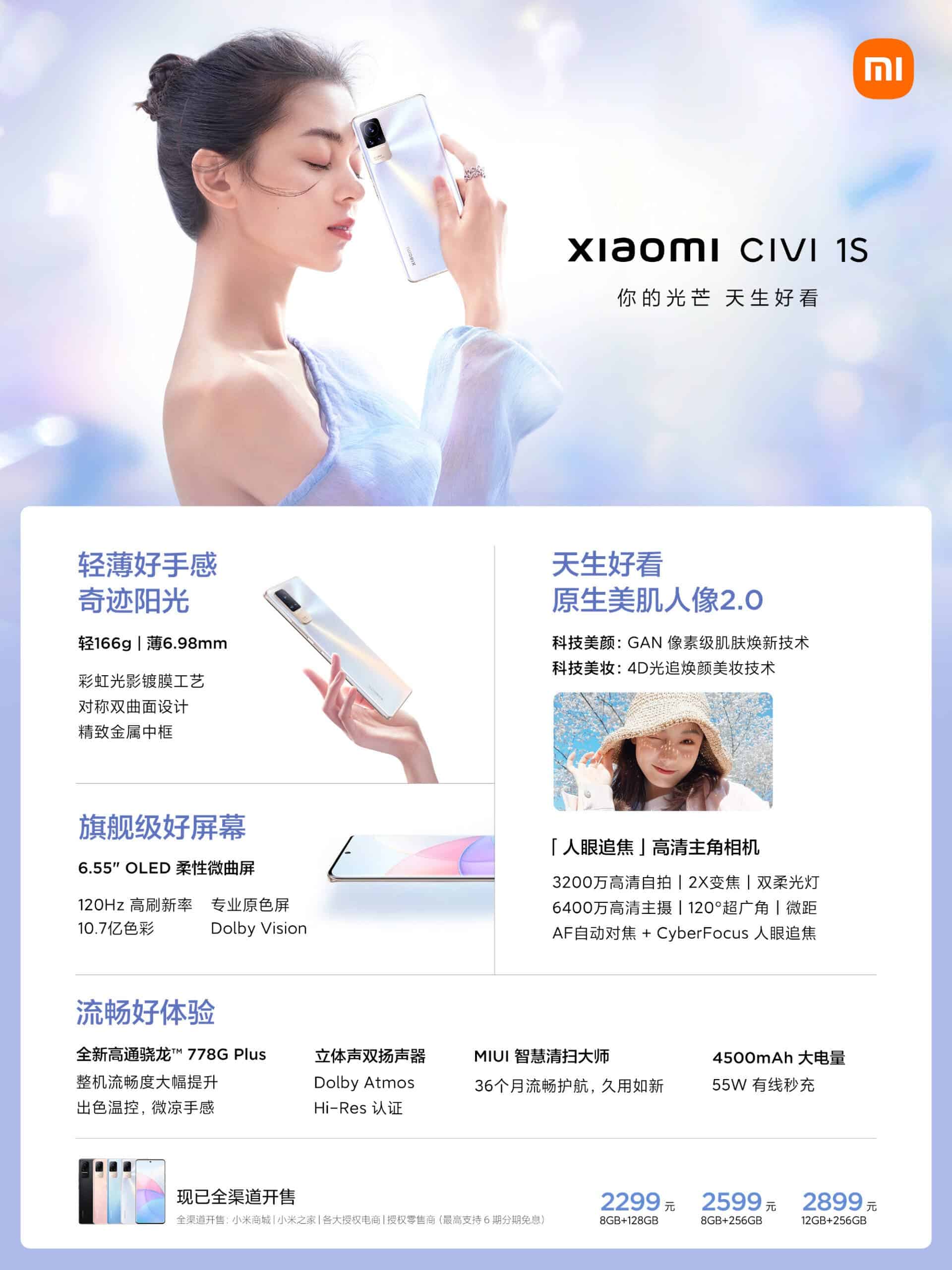 The Xiaomi Civi 1S is available in four color options: Miracle Sunshine, Sparkling Black, Gently Blue, and Pummeling Pink. By the way, the color name “Miracle Sunshine” comes from Xiaomi users. This series of models are now available for sale through all channels.

The Xiaomi Civi 1S sports the Qualcomm Snapdragon 778G Plus processor. Due to it, the phone runs much smoother than its predecessor. The overall fluency has increased by 27%. 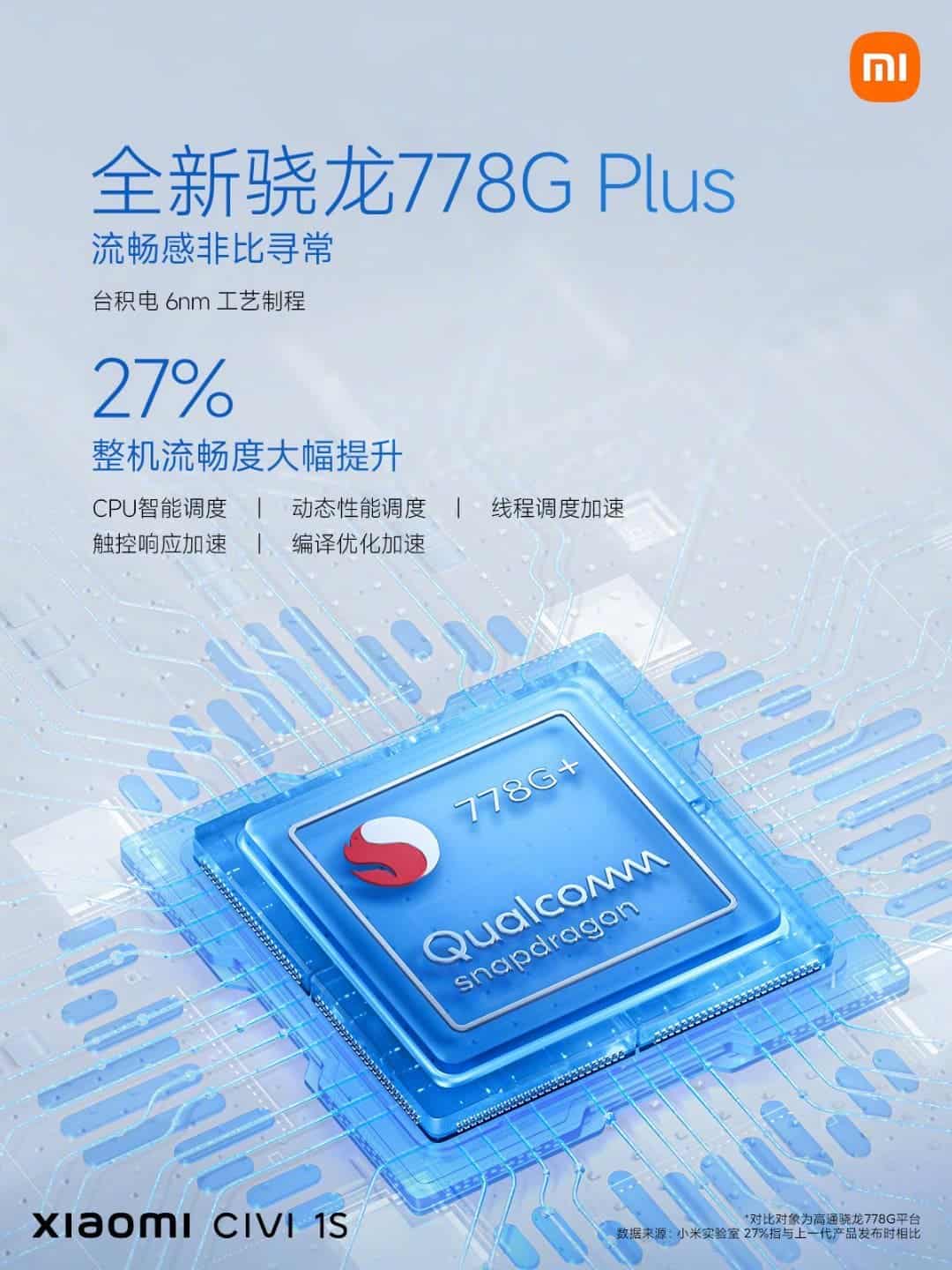 In addition, our protagonist also comes with an LPDDR4X memory as well as UFS 2.2 flash storage. In order to provide a better performance, the Xiaomi Civi 1S comes with a graphite tower cooling system, which has a total cooling area of ​​10202mm².

According to the data released by Xiaomi, this phone can run the Honor of Kings 90fps mode for 3 hours, with an average frame rate of 87.7fps and a maximum temperature of 42.6°C. 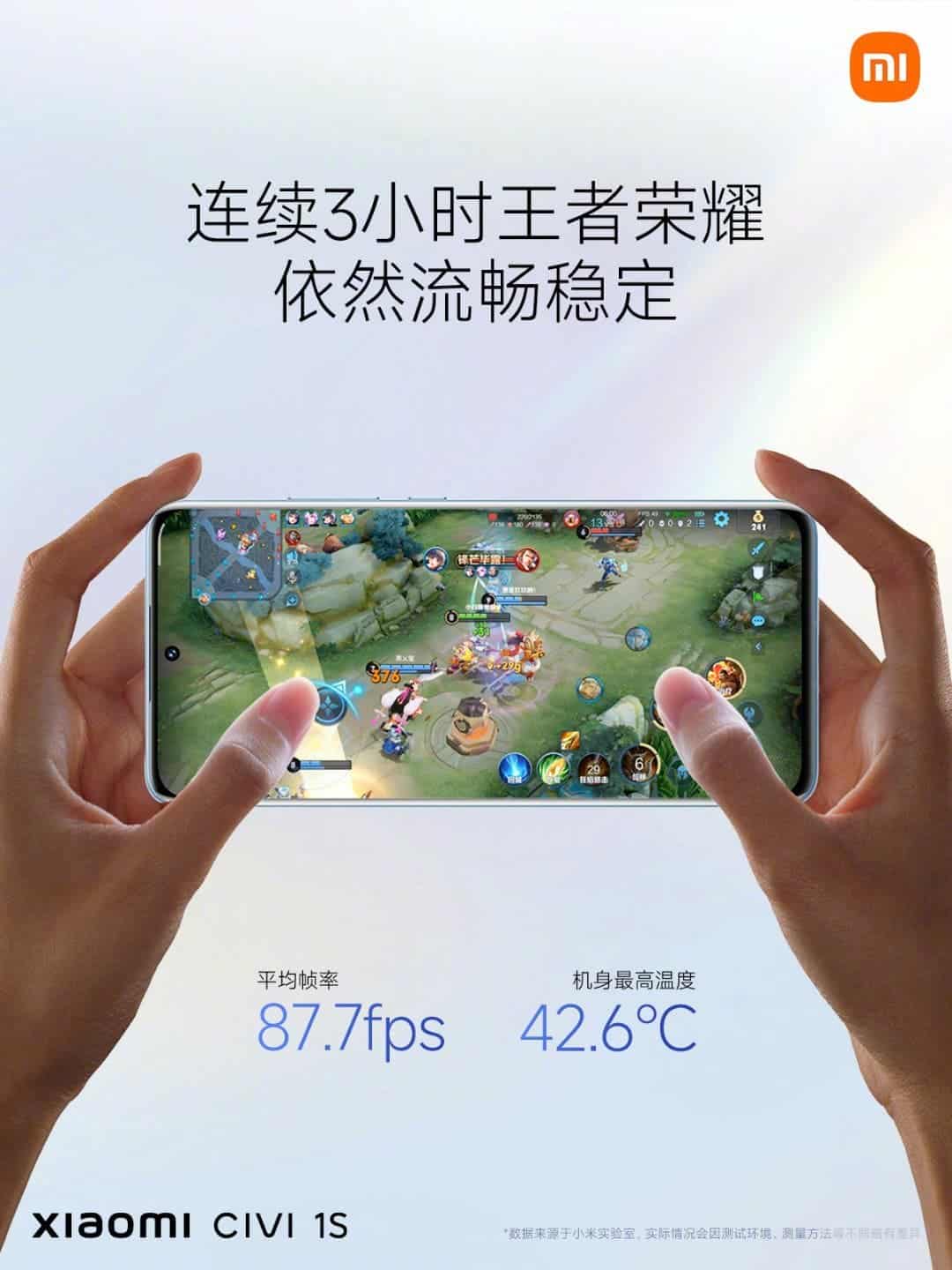 In other aspects, the Xiaomi Civi 1S features a 4500mAh battery, which supports 55W fast charging (fully charged in 45 minutes). The phone is 6.98mm thick and weighs 166g. There are a Z-axis linear motor, stereo dual speakers (upper 1012, lower 1115), and also passed the Hi-Res dual authentication. Of course, it supports NFC, infrared remote control, etc. Lastly, this phone comes with the MIUI13 system out of the box. 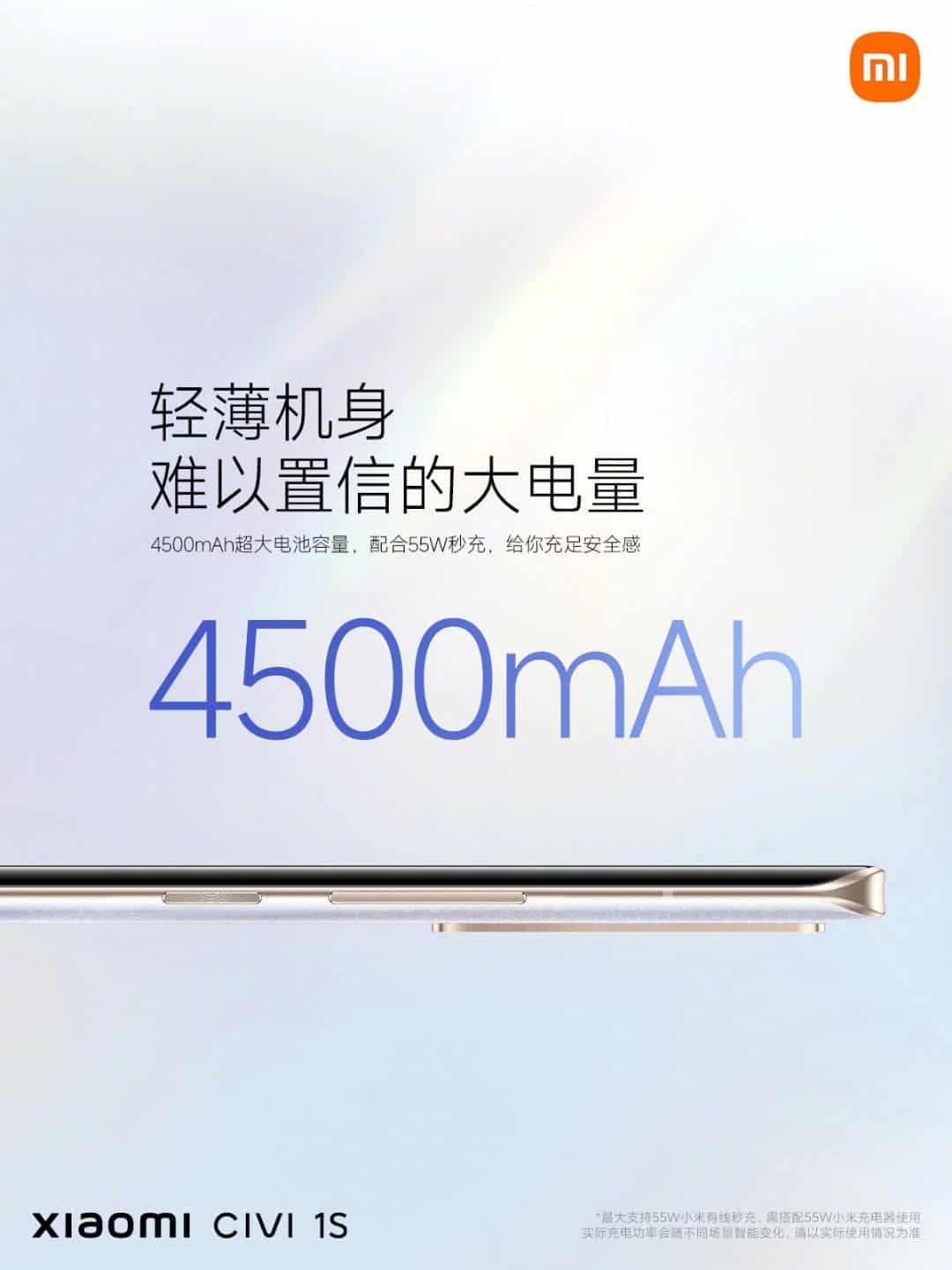 On the front, there is a 32MP (IMX616) lens. It supports a micro-slit double soft light mode as well as 4D light-chasing beauty technology. Plus, it supports human eye tracking and as said above, there are male beauty functions. The rear camera includes a 64MP (S5KGW3) main sensor, an 8MP (IMX355) lens, and a 2MP (GC02M1) lens.