OnePlus started a new trend back with the OnePlus 7 series. Instead of launching just a single flagship, the company decided to launch vanilla and a Pro variant. The move continued with the OnePlus 8 and 8 Pro and was further expanded last year. Back in 2021, the company introduced the OnePlus 9, 9 Pro, and a variant dubbed OnePlus 9R. This year, however, things became way more confusing. The company introduced the OnePlus 10 Pro ahead of any other variant, and exclusively in China. The device reached global markets this month, but the vanilla variant is still under the wraps. On April 28, the company will introduce the OnePlus 10R in India which is a rebranded Realme GT Neo 3. We’ve been assuming that there isn’t a OnePlus 10, but we were wrong. Today, the device had its specifications leaked. We don’t know if the device will get the same relevancy as the Pro variant and, apparently, it will miss the alert slider just like the OnePlus 10R.

We don’t know exactly when OnePlus will unveil the new variant, but that may happen soon. According to OnLeaks in collaboration with Digit, the phone will miss the alert slider that has been present on all OnePlus smartphones since the OnePlus 2 in 2015. However, the company has been signaling the end of this legacy feature. The OnePlus 10R won’t have it for obvious reasons. The phone is basically a Realme GT Neo 3 which misses an alert slider. That makes us believe that the OnePlus 10 might be just a rebranded device. Or perhaps, OnePlus is using a generic model from any of its sister companies for the design. The company seems to be embracing the “White Label” practice in 2022.

According to the leaked specifications, the OnePlus 10 will pack the MediaTek Dimensity 9000 SoC. This chip is MediaTek’s response to the Snapdragon 8 Gen 1 and has basically the same architecture and core configuration. The big difference is the GPU and the fact that MediaTek uses TSMC manufacturing prowess. The phone will come with up to 12 GB of RAM and up to 256 GB of Internal Storage. It will also run Android 12 with OxygenOS 12 on top. 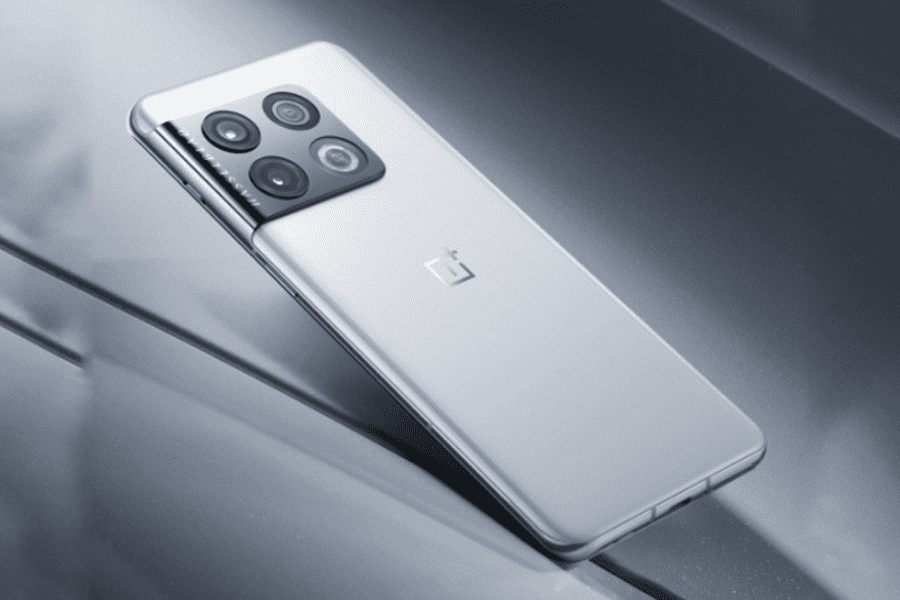 The rumors also say the OnePlus 10 will come with a 6.7-inch AMOLED screen with a 120 Hz refresh rate. The panel will be an LTPO 2.0 that refreshes dynamically between 1 Hz and 120 Hz. The phone, however, will bring a 1080p resolution unlike the Pro variant with a Quad HD+ one. As per the report, the vanilla will bring a 50 MP main camera, a 16 MP ultrawide, and a 2 MP macro snapper. So there isn’t any kind of camera for advanced zoom. The selfie camera is a 32 MP snapper.

Previous WhatsApp now allows group calls with up to 32 people

Next iOS is gaining market share, but Android still dominates