Work on the Redmi Note 12 series is underway and it seems that they are close to completion. There is a chance that the premiere of the line will take place in the second quarter of this year and it will initially be focused on the Chinese market. The fact that the release is approaching is evidenced by the promotional poster of the company, which hints at the announcement of the Redmi Note 12.

It was published by the head of Redmi, Liu Weibing, and accompanied by a message that the Note 10 Pro, released a year ago, will soon be updated. He also recalled that since last year, the company has embarked on the release of two generations of Redmi Note devices annually, where one is focused on extreme performance, and the second is focused on an all-round experience.

Redmi Note 12 is on the way: The first teaser published

Thanks to one of the Chinese certification authorities; it became known that both smartphones will receive 6.6-inch screens and their resolution should be FullHD +. The Redmi Note 12 Pro will have a battery capacity of 4890 mAh, in the Plus version it will be 4300 mAh. The lack of milliamps in the latest model is compensated by fast charging at 120 or 150 watts. Both smartphones will receive chips from MediaTek and we can talk about Dimensity 1300 and Dimensity 8000/8100. Android 12 with MIUI 13 shell will be offered as a software platform. 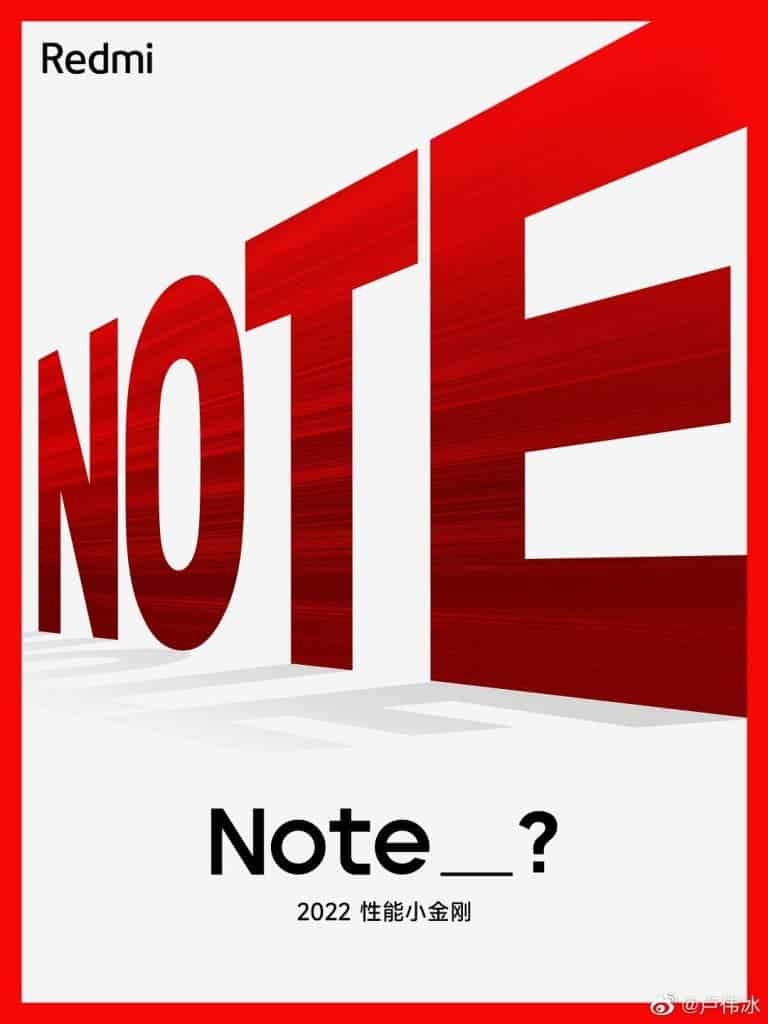 Despite the fact that more and more inexpensive smartphones are equipped with 128 GB of flash memory; there are still very few devices with 512 GB on the market, even among the flagships. And Xiaomi wants to fix it.

According to the source, under the Redmi brand; the Chinese giant plans to release more models with 512 GB of flash memory. Of course, we are not talking about the base volume, but about the older options. For example, now the top version of Redmi K50 Pro is offered with 512 GB.

There are no other details yet, but the increase in flash memory is quite logical; especially considering that more and more smartphones come out without a microSD card slot.

Next Samsung smartphone production outsourcing will reach 70 million this year