[Exclusive] I can confirm that the motorola edge 30 is launching on 12th May in India.
It is World’s Thinnest 5G Smartphone & lightest in the segment and will be the first to bring Snapdragon 778G+ 5G chipset to India.
Feel free to retweet 😉#motorolaedge30 pic.twitter.com/tHzo58VR9k

Aside from this, it sports a 144Hz refresh rate display and comes with a 4,020mAh battery. In his tweet, Mukul predicts that Motorola will announce the Motorola Moto Edge 30 smartphone in India on May 12. Furthermore, earlier reports suggest that it will be the thinnest and the lightest 5G smartphone in the segment. To recall, Motorola started teasing the imminent arrival of the Moto Edge 30 Pro in the country earlier this year. Now, the recently surfaced leak claims that the Motorola Moto Edge 30 will be the first smartphone in the country to pack a Snapdragon 778G+ processor.

If previous leaks prove to be true, the Motorola Moto Edge 30 will sport a 6.5-inch AMOLED display that offers FHD+ resolution and a 144Hz refresh rate. Moreover, it has an octa-core Qualcomm Snapdragon 778G+ processor. This processor pairs with 8GB of RAM, and up to 256GB of onboard storage capacity. Furthermore, the Motorola Moto Edge 30 boots Android 12 OS with a layer of MyUX skin on top. Aside from this, it has a pretty impressive triple rear camera setup, featuring a 50MP main camera. 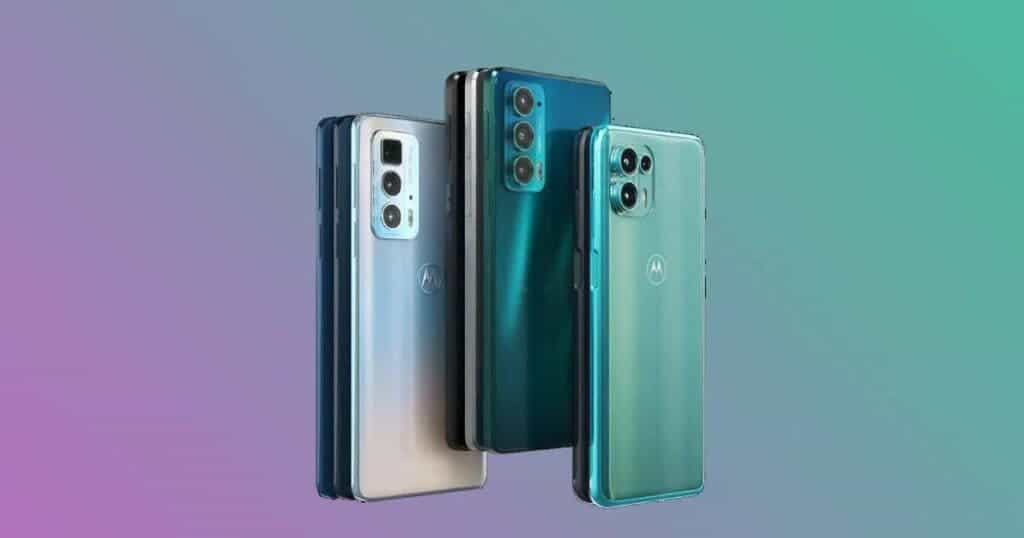 Notably, the camera module on the back also houses a 50MP ultra-wide-angle camera and a 2MP depth camera. Upfront, the phone has a 32MP shooter for capturing selfies and video calls. Moreover, the Moto Edge 30 draws its juices from a 4,020mAh battery that supports 33W TurboPower fast charging. Regrettably, details about the upcoming Motorola Moto Edge 30 smartphone’s price in India are still scarce. However, 91mobiles claims that the phone could retail for around INR 30,000 in the country. The phone sells for EUR 450 in the European region.

More vital shreds of information about the Moto Edge 30 could pop up on the internet in the coming days. In terms of design, the upcoming Motorola smartphone could draw inspiration from its Pro sibling. To recall, the Moto Edge 30 Pro official-looking renders have already given us a glimpse into the handset’s complete design.