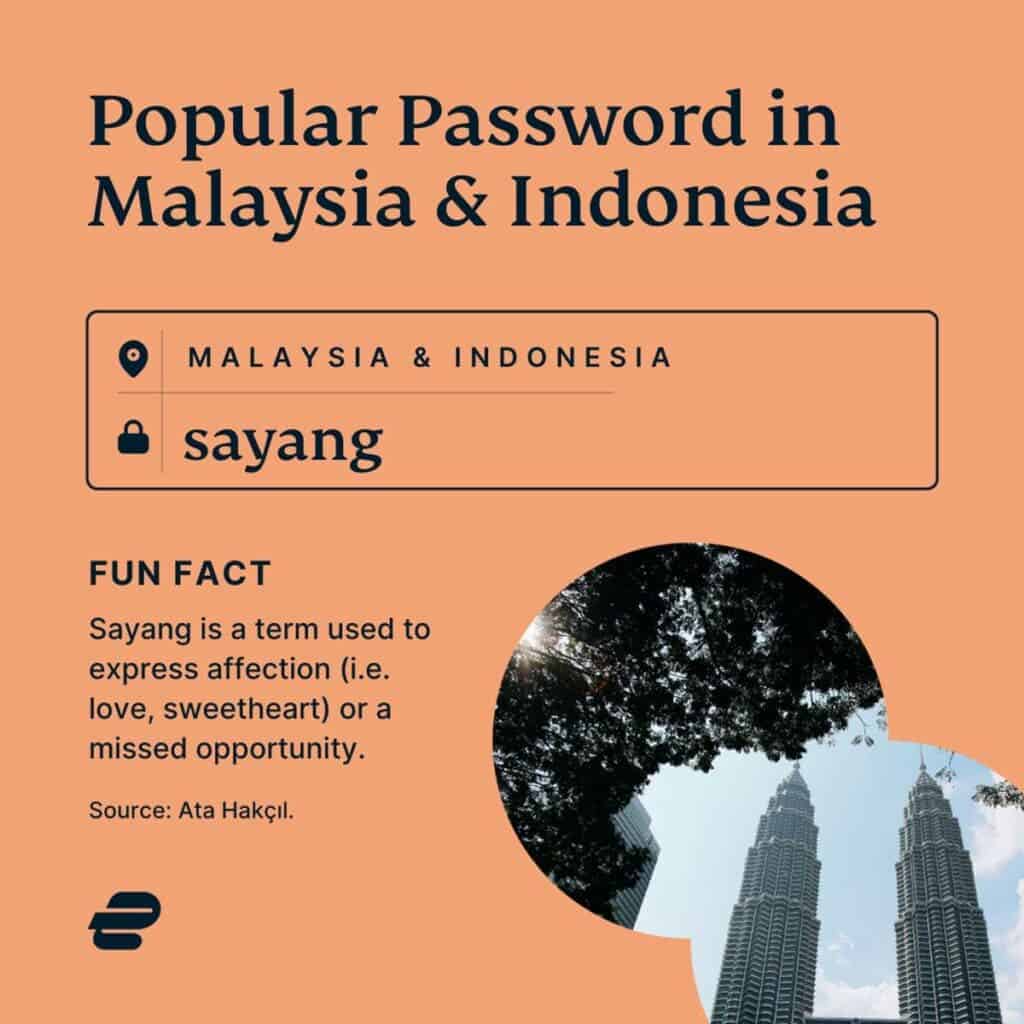 To recall, hackers were able to steal the bank data of Malaysians via fake shopping apps. ExpressVPN revealed that people around the world use “123456” as their password. This isn’t an ideal password. The company then splits the results into two categories. These include language and country. Cultural differences trigger a more diverse outcome. English speakers use “password” for their word of identification. German speakers tend to use the same word. However, they use the German spelling of “passwort.”

“Azerty” ranks high among French-speaking nations. This is a common password because that’s how their keyboards are arranged. Moreover, the study reveals the passwords Southeast Asians commonly use. The common password in Malaysia, and Indonesia is the same. Most people in these countries use “sayang” as their password. Similarly, Americans use “iloveyou” as their password. ExpressVPN explained the meaning of Sayang in a Facebook post. The term sayang is used to express love and affection. 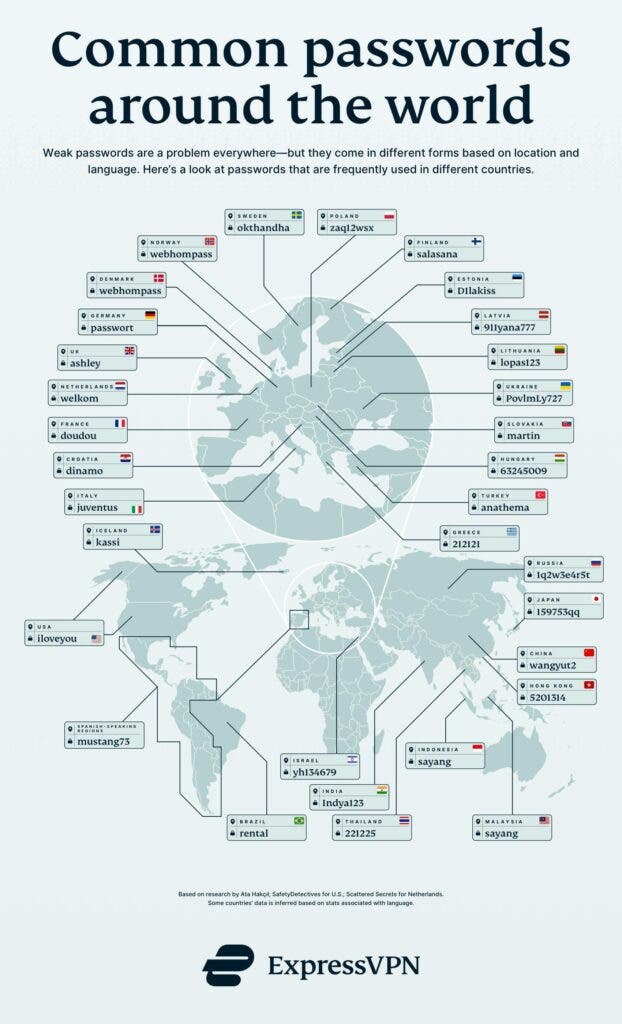 Sayang is also used to express sweetheart. It can be used to express a missed opportunity. “Juventus” is the most common password in Italy. This is because Juventus Football Club is a popular football team. An average US adult isn’t savvy at selecting strong passwords, as per the study. An average American allegedly uses the same password on six different platforms. They use the same passwords on other websites. They tend to use their first and last name in the password. The company urges them to use the password managers. Also, it recommends they create long passwords.

Moreover, ExpressVPN suggests that passwords should be ideally long. They should ideally comprise symbols, numbers, and random letters. Also, it users should ensure that passwords are unique for every account they create. Meanwhile, VPN providers are gearing up to exit India. NordVPN was prepping to leave the country over a government order. In India, VPN companies will now have to collect and share users’ data. Also, the companies should save data for at least 5 years.