Aside from this, the brand will adopt the best cooling technology in the price segment for the Narzo 50 Pro 5G. The Realme Narzo 50 Pro 5G microsite on Amazon India gives us a glimpse of the smartphone’s front panel. In the image, the phone appears to feature a single punch-hole cutout for the selfie camera. This cutout is on the left side of the screen. Notably, the picture showcases the Blue color variant. However, past leaks suggest that the phone will be available in Black and Blue color options. The company is still keeping the Realme Narzo 50 Pro 5G smartphone’s key specs under wraps.

To recall, leaker Abhishek Yadav had previously spotted the phone in a GitHub database of ARCore devices. Likewise, the Realme Narzo 50 G5 has been subject to a lot of leaks lately. A couple of recently surfaced Realme Narzo 50 5G renders revealed its rear panel design. The rumor mill has been churning out speculations surrounding the Realme Narzo 50 Pro 5G specifications. First off, it is likely to sport a mammoth AMOLED panel of 6.58-inch. Moreover, the screen will reportedly offer FHD+ resolution and a 90Hz refresh rate. Under the hood, it will pack a MediaTek Dimensity 920 processor.

Read Also:  Oppo A96 Is Now Available For A Launch Price Of S$429 In Singapore 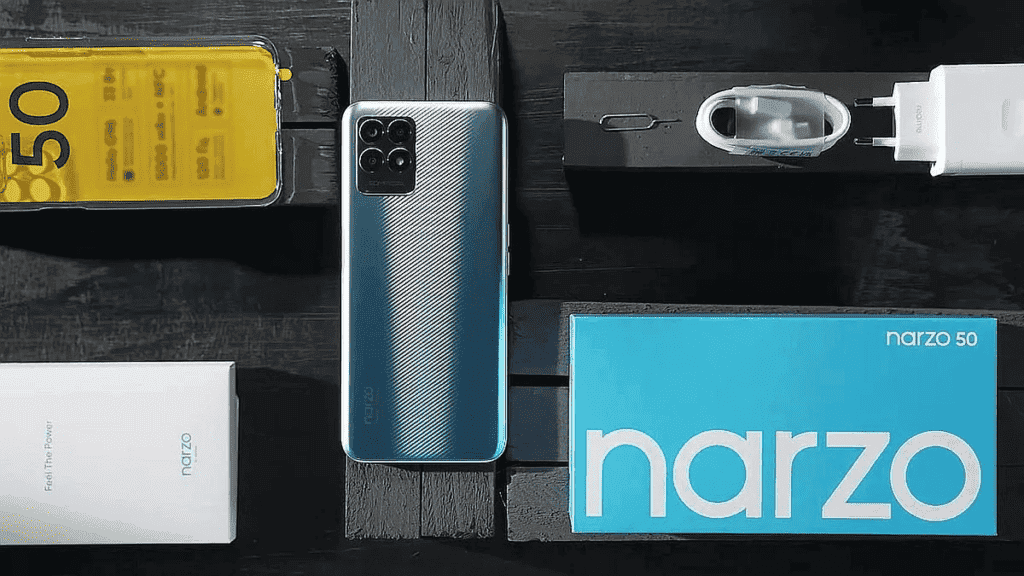 According to the GitHub database, the Pro variant will ship with 6GB of RAM. The handset carries model number RMX3396 on the database. An earlier report suggests that the Narzo 50 5G will be available in India in three configurations. Furthermore, the Narzo 50 Pro 5G could boot Android 12 OS with Realme UI 3.0 on top. For optics, it will probably come with a 13MP main camera on the back. Aside from this, it will feature a 2MP depth camera. Upfront, the phone could house an 8MP shooter for selfies and video calling. Lastly, it is likely to use a 4,800mAh battery for drawing its juices. This cell could support 33W charging.

Next ExpressVPN Reveals The Most Commonly Used Password In Malaysia