The hotly-anticipated Realme Narzo 50 5G smartphone has made an unexpected appearance online in the form of renders. To put it another way, the Realme Narzo 50 5G renders have been exposed. Moreover, this takes the lid off the handset’s awe-inspiring design even before its official unveiling. The 5G-ready phone has been subject to a lot of speculations lately. The Realme Narzo 50 5G India launch timeline is reportedly set for this month. On Monday, Realme teased the smartphone’s imminent launch in India by sharing a teaser poster on its official Twitter account. 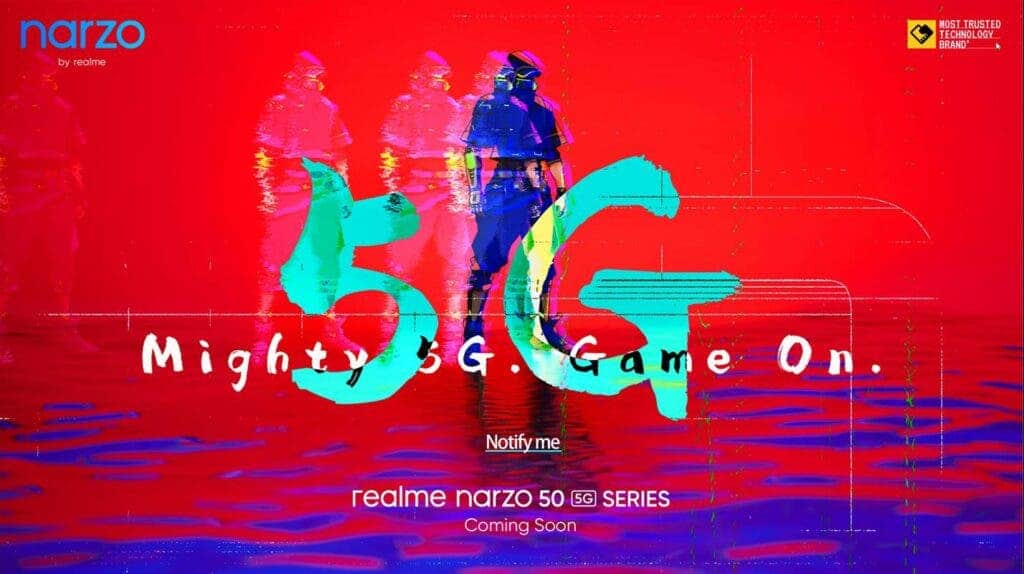 The upcoming Realme phone has been floating around the rumor mill for quite some time now. However, details about the Realme Narzo 50 5G India launch date are still scarce. Nevertheless, the aforesaid teaser is a major sign that the handset’s debut in the country is right around the corner. In the meantime, Realme has been sparing no effort to add more devices to its 50 series. To recall, the brand introduced the Narzo 50A in India in April. Aside from this, Realme has already launched the Narzo 50i, Narzo 50A Prime, and Narzo 50 smartphones.

Now, to continue its launch spree in the country, Realme will be launching the Narzo 50 5G smartphone in India soon. However, before the company could officially give us a glimpse into the handset’s outward appearance, a couple of official-looking Realme Narzo 50 5G renders have popped up on the internet. Industry sources have shared these renders with 91mobiles. Moreover, these renders showcase the phone’s rear panel in all its glory. So, without further ado, let’s take a look a these Realme Narzo 50 5G images, and expected specs. 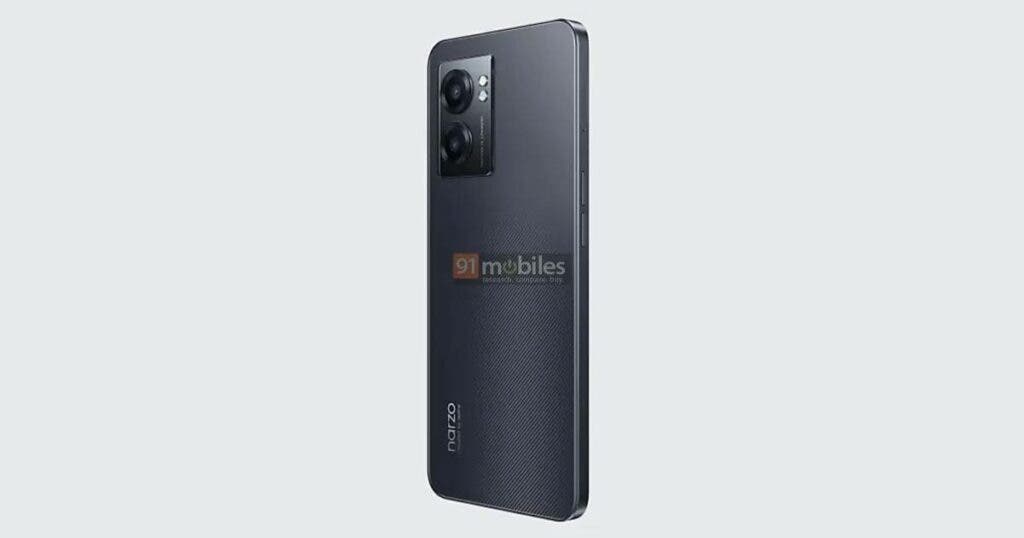 The two renders reveal the Realme Narzo 50 5G smartphone’s back design, which features a striped pattern. Also, the bottom left corner houses the Narzo logo. Furthermore, we see a dual rear camera setup on the upcoming Realme phone. This rectangular camera module will house two cameras, along with a dual-LED flash. Furthermore, the rear camera setup will reportedly accommodate a 13MP camera and a 2MP depth sensor. The recently surfaced renders show the phone in a Grey color option. However, Realme is highly likely to bring a slew of other color options into the Indian market.

Regrettably, the Realme Narzo 50 5G renders do not offer a look at the display. Nevertheless, the display could have a punch-hole cutout that houses the selfie camera. Also, the screen will be probably encompassed by slim bezels. A dedicated microsite for the Realme Narzo 50 5G has gone live on the company’s official website. According to the company, the Narzo 50 5G will come with the “fastest 5G processor in the segment.” Aside from this, it claims that the phone will adopt the “best cooling technology in the segment.” On the downside, it is still mum on the handset’s key specifications. 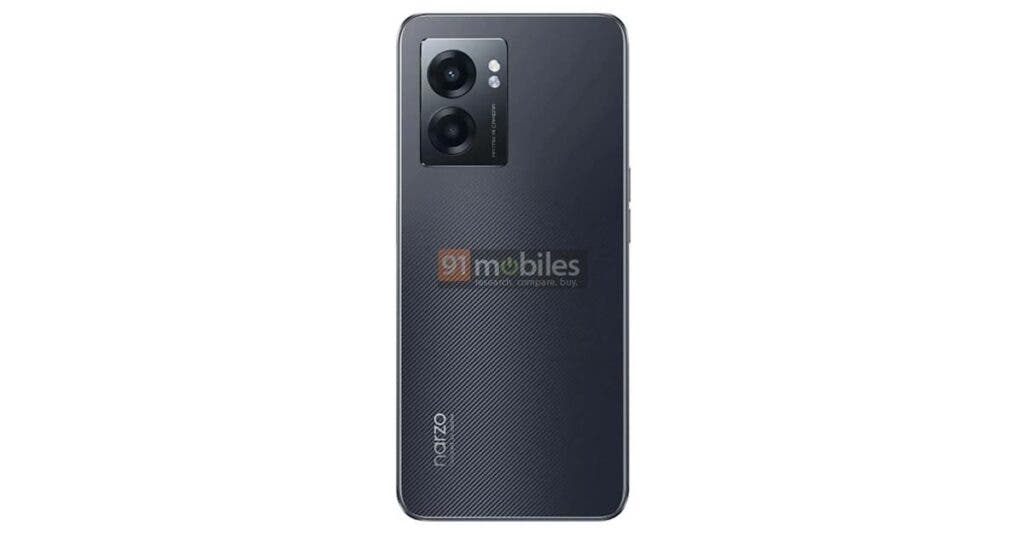 Past leaks suggest that the Narzo 50 5G will come with a 6.58-inch AMOLED display that offers FHD+ resolution. Furthermore, the phone’s display could deliver a 90Hz refresh rate. Under the hood, it will probably pack a MediaTek Dimensity 810 chipset, which pairs with 6GB of RAM. The phone will ship with 128GB of onboard storage, and support Virtual RAM expansion. Moreover, it will run Android 12 OS with Realme UI 3.0 on top. For optics, the handset could feature a 13MP main camera and a 2MP depth sensor. Now, that’s likely to fall short of the expectations of Realme fans.

Lastly, the phone uses a 4,800mAh battery unit with 33W fast charging to draw its juices. More details about the Realme Narzo 50 5G are likely to be revealed at the launch event which might take place in the coming place.