The leading rugged phone brand Blackview has put today its new 5G flagship, the Blackview BL8800 and BL8800 Pro, on the shelves with an attractive up to $335 off early bird offer. And the phone is featuring a mighty night/thermal vision, gigantic 8380mAh battery and 8GB RAM + 128GB ROM. For people, who are new to Blackview, this brand is well-known worldwide for manufacturing near-indestructible rugged phones. The Blackview BL8800 series is designed to crush the use limits, that normal phones simply can’t bear and to keep up with the industry’s high standard by equipping top-notch specifications for overall great performance. Below are some of its killer features.

Most modern phones can’t withstand continued exposure to dirt, dust, water, or extreme temperatures. And could easily break as a result of such abuse. Thankfully, that’s not the case with the Blackview BL8800 series (BL8800/BL8800 Pro) coming to town. It meets the industry-leading IP68 & IP69K waterproof rating and the MIL-STD-810H military standard. To put it simply, it’s resistant to submersion up to a maximum depth of 1.5m underwater for up to 30 minutes and resistant to drops from 1.5m.

For clumsy people, who tend to break phones every day, the BL8800 series is absolutely a no-brainer to get. And for people, who live an active lifestyle or work in environments full of unpredictable elements (like the forest, ships or construction sites), the BL8800 series can deliver a peace of mind. What’s more, this series is equipped with glove-on working technology — Glove Mode, which makes it easier to use your phone even hen wearing gloves in workplaces, sport activities or on winter days.

The low-light photography from big phone brands has already come a long way. But the Blackview BL8800 series (BL8800/BL8800 Pro) goes the extra mile to overshadow its peers. On average, the night mode on a phone camera can absorb enough light to produce clear night photos, but that’s with the prerequisite of light or low light. What makes the BL8800 series truly stand out is, that it can let you see and take photos or videos in complete darkness. 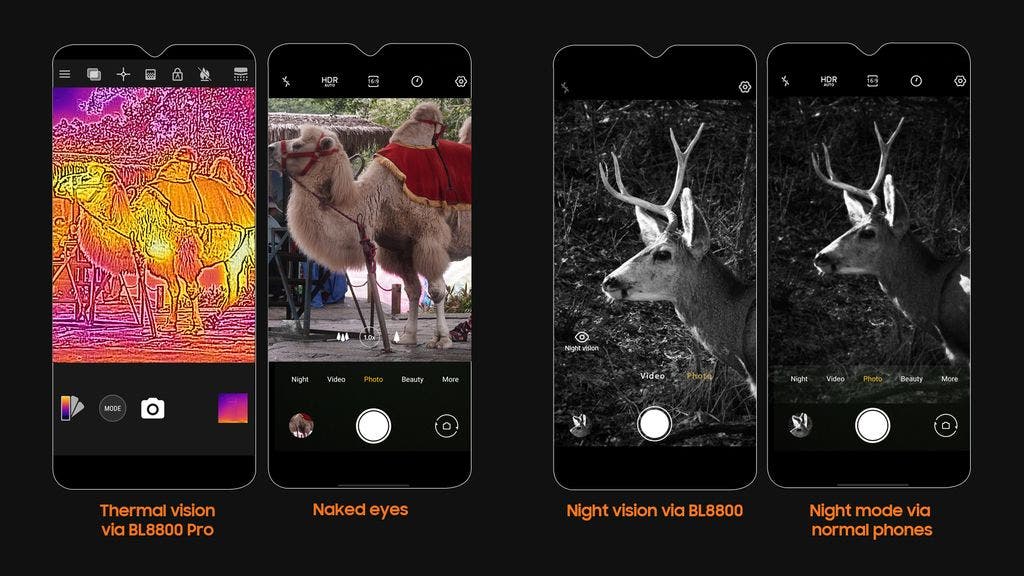 And it comes with an even more useful thermal imaging technology, that not only lets you shoot and see in sheer blackness but also enables you to see heat, day or night. Such an alien vision provides unimaginable fun to explore the new world and serves as a mighty troubleshooting tool for everything ranging from electrical inspections to plumbing issues. Underwater camera mode is another jaw-dropping feature for this series, which let you shoot in the water. More popular camera features like HDR, Ultra-wide are all included in the BL8800 series too.

Generally, most phones’ batteries are currently around 5000mAh. However, the Blackview BL8800 series (BL8800/BL8800 Pro) levels up the battery capacity to an astonishing 8380mAh. And backed by the cutting-edgy dual electric core technology. The benefits of longer battery life are obvious, the user can spend a whole day without even a thought of refilling the battery on binge use. With normal use, it’s expected to last two or even more days. This is an extraordinary feature for outdoorsmen or people, who travel a lot. Fast 33W charge can fully refill the giant battery in just 1.5 hours, equal to a mealtime. More surprisingly, it also supports reverse charge function — effectively an 8380mAh power bank — to provide juice for another device (like phone, smartwatch, Switch, TWS earphones) on the go.

Silky-smooth operation, that goes beyond your imagination

The Blackview BL8800 series (BL8800/BL8800 Pro) is powered by a MediaTek Dimensity 700 5G chipset. Coupled with 8GB of LPDDR4X RAM and 128GB of UFS2.1 ROM, which enhances literally everything you do — faster uploads, downloads, streaming and gaming. Most of all, it delivers peace of mind for the user in the 5G-prevalent times. And it runs the brand-new Doke OS 3.0, based on Android 11 . It’s just smarter, swifter, and more intuitive. With exquisite and concise icons, comfortable visual effects, simple interactions and more efficient operation, everything is just fast, smooth, and efficient. 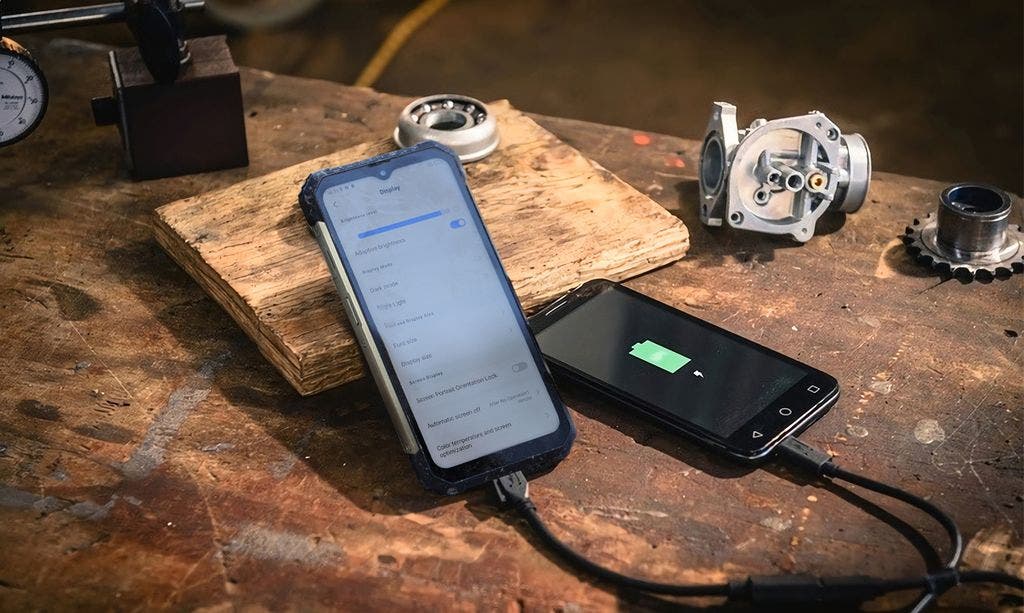 Next Discounts for ORTUR Laser Master 2 S2 engraver and more