Apparently, Xiaomi is close to the premiere of a new generation fitness bracelet – Mi Band 7, designed to replace the Mi Band 6 model. The first photo showing the design of the device (traditionally in poor quality) has appeared on the Web, as well as data on the price of the version with NFC module.

A screenshot has appeared on the iGeekPhone portal showing the Xiaomi Mi Band 7 in the NFC version, which allows, for example, contactless payments in the same way as it is done with smartphones and bank cards. 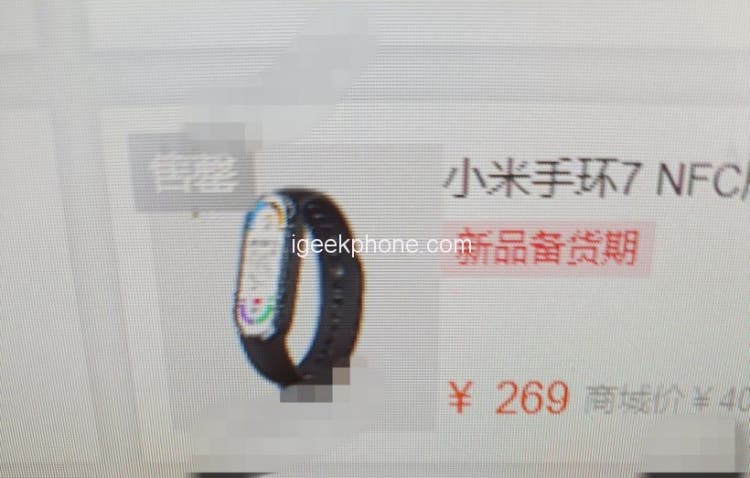 Usually, Xiaomi introduces an NFC version only some time after the start of sales of similar bracelets, but without a contactless module. One way or another, the appearance of models for versions with and without NFC usually does not differ. Whether the bracelet will be presented in Russia and whether it will support contactless payments; using domestic payment systems is still unknown.

It is not yet possible to confirm or deny the authenticity of the photo. For now, you should treat it with a fair amount of skepticism – before better leaks appear. In general, the model is very similar to its predecessor. But judging by some leaks from the MIUI code, it is expected to use a larger screen than the previous version – it will be 40 pixels wider and 4 pixels taller. It remains to see if the Mi Band 7 will get thinner bezels than the Mi Band 6. 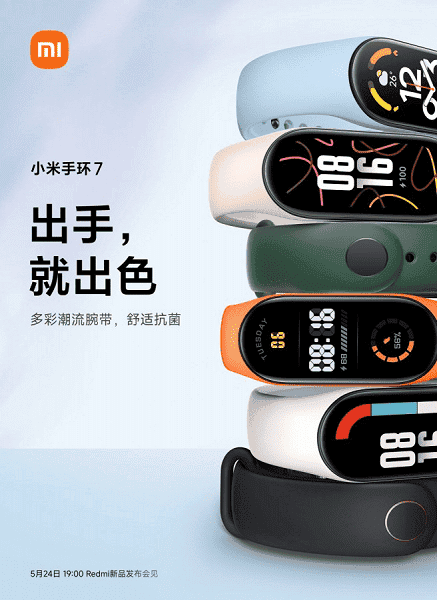 The price shown in the image is equivalent to the cost of Mi Band 6, sold in China as Mi Smart Band 6. Although 279 yuan costs about $40 today, Xiaomi bracelets are more expensive outside of China. According to rumors, the release of Mi Band 7 in China will take place as early as next month. Many details are still unknown, except that Xiaomi may finally endow its budget solution with a GPS module. 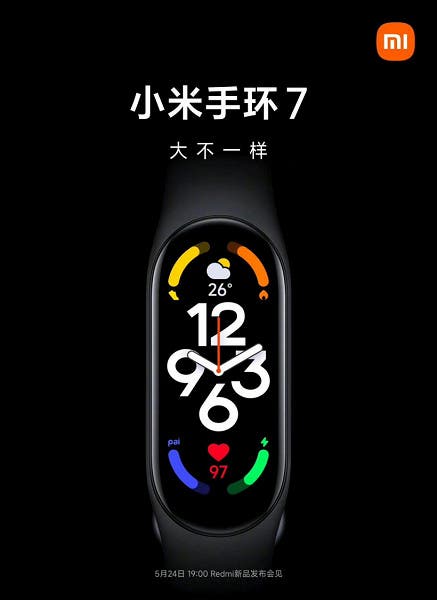 Earlier, there was information that the production of Xiaomi Mi Band 7 has already begun; and the company is preparing to launch a new generation of branded fitness bracelets. The official poster confirmed that the presentation will take place on May 24th. Usually Xiaomi new products come out in China immediately after the announcement.

According to preliminary information, Xiaomi Mi Band 7 will be available in two versions: standard and with NFC module. It will get a 1.56-inch screen with a resolution of 490 x 192 pixels; a 250 mAh rechargeable battery, heart rate and SpO2 sensors, and a GPS module.

Previous Xiaomi experienced a drop in sales: the first quarter ended with a loss