During the Computex 2022 conference, AMD shared a couple of news about its upcoming products. The company has disclosed multiple details about the upcoming Ryzen 7000 series of desktop processors. It also shared several new technologies and laptop details. The company didn’t give the entire details on the Ryzen 7000 specs sheet. However, it shared a couple of important details and key features of its motherboards for desktop PCs.

The new Ryzen 7000 series processors will come with AMD’s new 5 nm Zen 5 architecture. According to the company, these processors will come with a double L2 cache in each core. It will raise from the small 512 KB to around 1 MB per core. According to the company, it managed to deliver an increase of 15 percent in single-core performance. Another big claim is the increased clock speeds of the new processors. Apparently, the company found a way to deliver astonishing 5 GHz clock speeds during gaming sessions. The company showed the processor powers through a demonstration running Ghostwire: Tokyo, one of Bethesda’s latest releases. Apparently, an unidentified 16-core processor from the Ryzen 7000 series was able to hit clock speeds as high as 5.5 GHz. 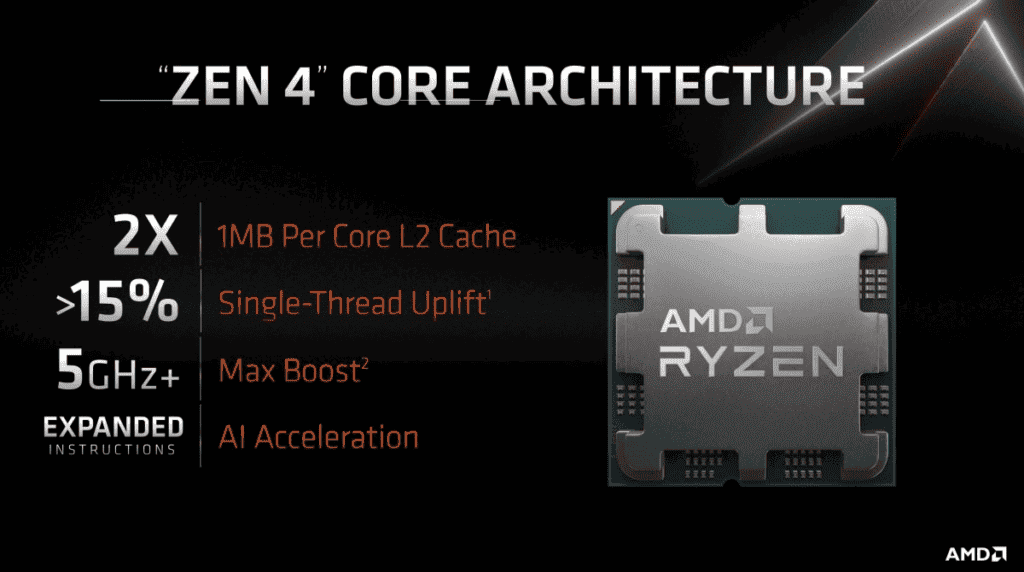 The company showcased the processor running an all-core Blender workload. It provides a 30 percent faster render time in a custom test on the same 16-core Ryzen 7000 series processor from before when compared to the Intel Core i9-12900K.

The company also revealed that the processor will also have a new 6 nm I/O die. This includes the AMD RDNA 2-based graphics, which will be a standard feature of all Ryzen 7000 processors. The new I/O die also allows support for features like DDR5 and PCIe 5.0. AMD also revealed some details on the Socket AM5 platform. It will host the Ryzen 7000 and presumably future Ryzen processors. AMD, however, has provided no firm information on future compatibility for this platform. 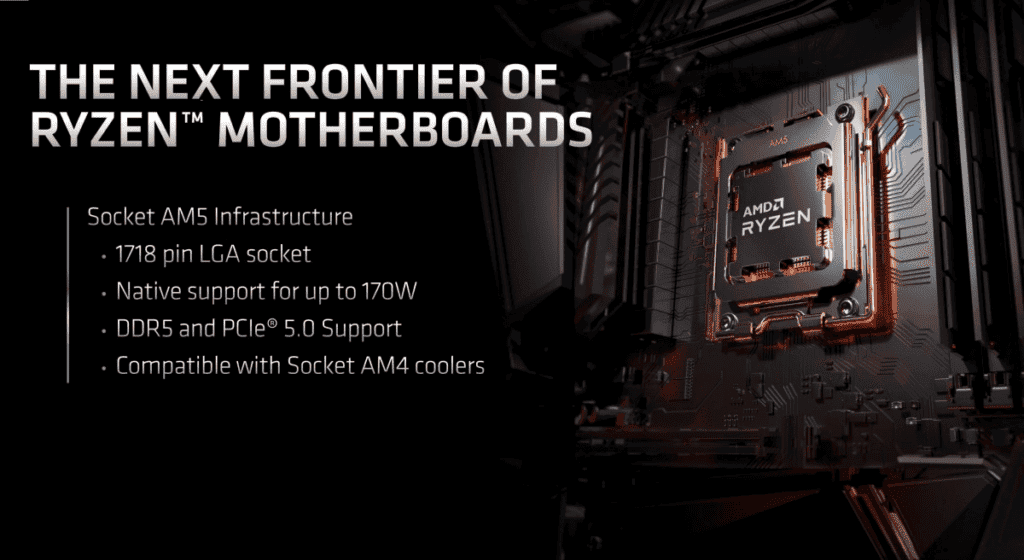 The company also revealed a change to the socket from PGA to LGA. It means that the pins will now be on the motherboard rather than the CPU. It will have around 1718 pins and will offer native support for parts with the TDP up to 170 W. Despite the change in design, AM5 will be compatible with AM4 coolers. The AM5 motherboards will offer 24 PCIe 5.0 lanes, and up to 14 Superspeed USB 20Gbps. The phone comes with Wi-Fi 6E and Bluetooth 5.2 LE. It also supports 4 x HDMI 2.1 and DisplayPort 2.0 ports.

Earlier this year, the company already presented compelling products.  We’ll see if this release will be enough to increase the demand. After all, reports show a significant decline in the motherboard and graphics cards.