You can make a laptop or PC and be well-recognized, but if you don’t make gaming products, all your awards won’t make sense. In this sense, AMD and Intel have been in fierce competition for ages. No one is going to yield its positions. Recently, at CES 2022, AMD announced a new gaming processor, namely the Ryzen 7 5800X3D. Today, we finally got official confirmation of its launch date and price. As the company said, this processor will be available for purchase from April 20 with a price starting at $449. In fact, we are dealing with the “world’s fastest gaming processor. At least, AMD thinks so.

The newly-uncovered Ryzen 7 5800X3D has many things in common with the original Ryzen 7 5800X model. When saying this, first, we mean it comes with eight cores, 16 threads, and compatibility with AMD’s AM4 socket. However, there are a few differences as well. The biggest difference is that the Ryzen 7 5800X3D marks the debut of AMD’s 3D-stacking V-Cache technology. The latter will allow AMD to increase the L3 cache from 32MB to 96MB. The cache increase will help it translate to about a 15 percent boost in overall performance in comparison to the Ryzen 5900X. By the way, the latter comes with 12 cores and 24 threads. 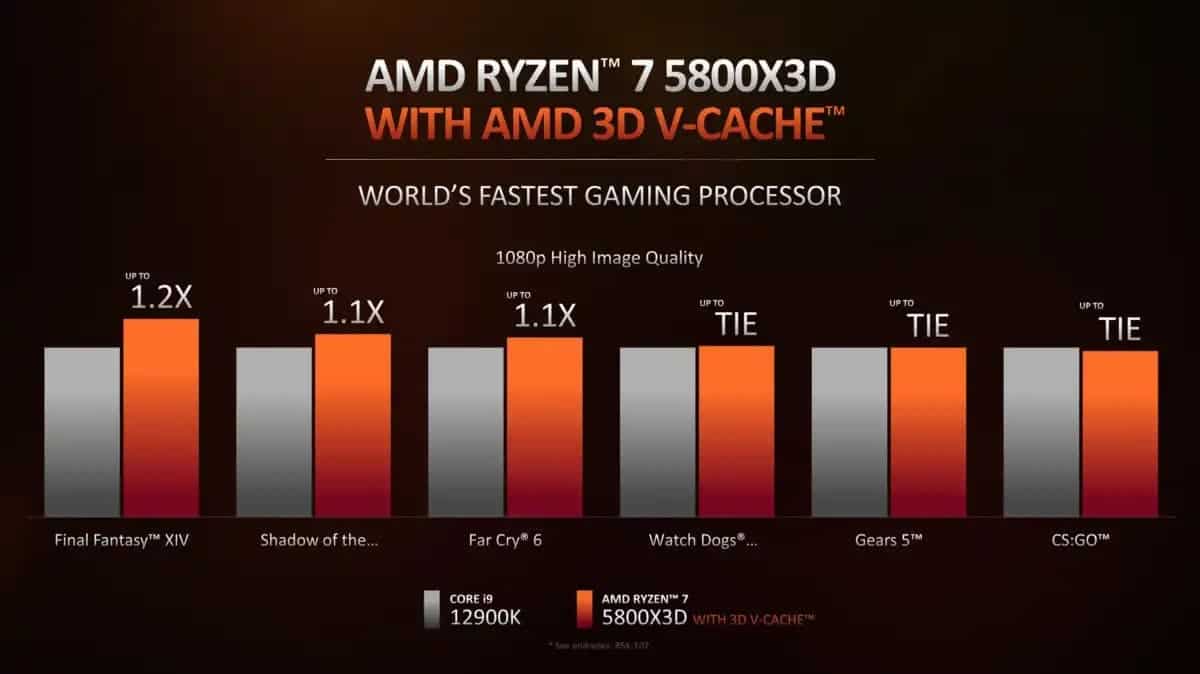 Other AMD Processors Besides Ryzen 7 5800X3D

Apart from the Ryzen 7 5800X3D gaming processor, AMD also launched a few desktop processors, including the new Zen 2 and Zen 3. They are low-end models with corresponding prices such as the $299 Ryzen 7 5700X (eight cores, 16 threads, and a boosted clock speed of 4.6GHz) and the $99 Ryzen 3 4100 at the very bottom of the company’s lineup.

The Ryzen 5 and Ryzen 3 models are going to become available for purchase on April 4. Customers will be able to get their hands on them bundled with an AMD Wraith Cooler.

You can get acquainted with the complete list of the upcoming AMD processors below:

As you can see, not all of them are AMD’s next-generation Ryzen 7000 chips. The latter will use the company’s upcoming Zen 4 architecture on a new 5nm process. We are waiting for them to hit the stores in the second half of 2022.

Next One UI 4.1 is reaching the Galaxy Z Fold3 and Z Flip3