Back last year, Samsung unveiled a surprising device dubbed Samsung Galaxy A12 Nacho. The device was an intriguing variant of the Galaxy A12 featuring a different chipset. As usual, the Galaxy A12 Nacho belongs to the low-end range of Samsung smartphones. Despite this, the company is showing its commitment by providing Android 12 updates with One UI 4.1. The device arrived with Android 11 and the One UI 3.1 version, so it was eligible for at least one major Android update. Anyway, it’s a better treatment than most Android OEMs are giving to customers in the low-end segment.

The update for the Samsung Galaxy A12 Nacho brings firmware version A127FXXU5BVE4. It introduces the new refreshments for the user interface as well as the One UI 4.1 goodies. We’re not expecting this device to get all the advanced features present on more expensive smartphones running this skin version. However, the standard set of Android 12 features will likely be available. There is a new theming engine with some Samsung tweaks following Google and its Monet interface. Worth noting, that the update also bumps the Android security patch level on the smartphone to May 2022. 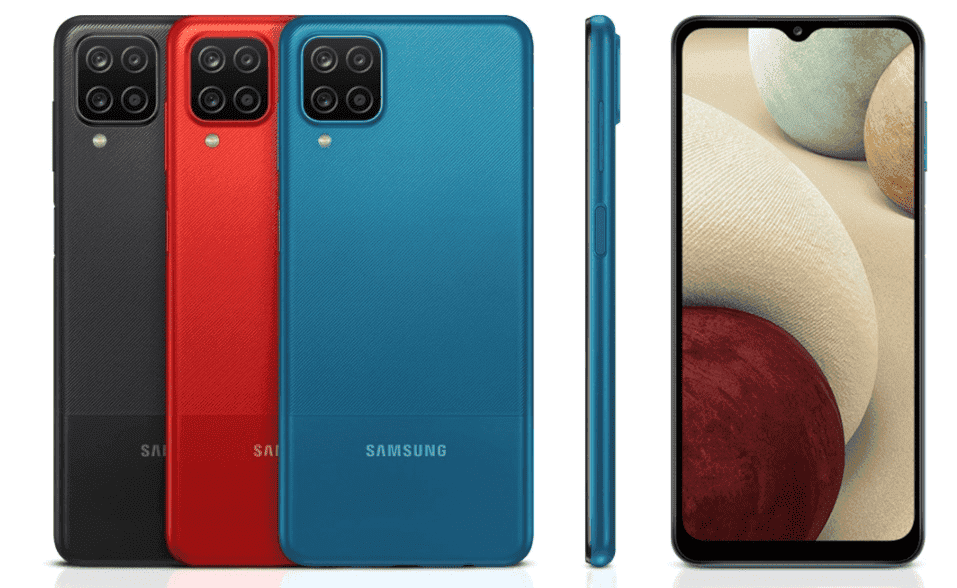 The One UI 4.1 update is currently rolling out in Russia. However, the company will likely expand the rollout to Europe in the next few days. Users in Russia can already be holding their breath for the update. If you haven’t been notified you can try to check your luck via the smartphone’s Settings >> Software Update Menu.

The Samsung Galaxy A12 Nacho packs a 6.5-inch PLS LCD screen with an HD+ resolution of 1,600 x 720 pixels. Under the hood, the phone has the Exynos 850 processor. It starts with 3 GB of RAM and 32 GB of storage and goes all the way up to the highest variant bringing 4 GB of RAM and 128 GB of Internal Storage. In terms of camera, we have a Quad-Camera setup, but to be honest, only the main camera accounts for something with 48 MP resolution. There is a 5 MP ultrawide snapper, 2 MP macro, and 2 MP depth sensor. For selfies and video calls the device also brings a modest 8 MP selfie shooter.

Connectivity-wise, the phone gets dual-band Wi-Fi, Bluetooth 5.0, GPS, NFC and USB Type-C 2.0 port. The phone has a side-mounted fingerprint scanner. The lights are kept by a 5,000 mAh battery with 15 W fast-charging support.

A few days ago, the Galaxy M22 started to receive the same update treatment.