Apple‘s iOS 16 release has included numerous new features. The lockscreen update is one of the main attractions, followed by new Mail app capabilities. The WWDC 2022 event provided us with numerous essential and useful additions for the Mail app, like the ability to undo send, schedule send, and more.

Apple, as usual, stated that the new Mail capabilities are intended to increase productivity for consumers, whether they are working on their iPhone, iPad, or Mac. One of the most essential new features is the ability to ‘undo’ a sent email, saving users from embarrassment and other mistakes.

We’ve all sent official emails with spelling errors, forgotten to attach a file, or even sent important communications to the wrong recipient. Furthermore, Apple Mail may be somewhat perplexing because it is not as well structured as its equivalent, Gmail. Important emails may potentially be missed here.

The Apple Mail app is now better thanks to the iOS 16 upgrade. One of the new features in the Apple Mail app is the option to undo a sent message and prevent making embarrassing mistakes. Similarly to Gmail, Apple Mail’s unsend function will have a time restriction, allowing users to correct their mistakes before any significant damage occurs.

The Mail App on iOS 16 gets some long-awaited updates

Aside from the unsend option, the iOS 16 update for Apple Mail added a few additional improvements. This includes the ability to schedule communications for a time that is convenient for you. Users can also receive reminders to follow up or return to a communication later. Furthermore, Apple has enabled the addition of rich links to emails for a more complete preview.

With the iOS 16 upgrade, Apple Mail now features enhanced search. This also implies that you will receive comprehensive results and correct suggestions before you begin typing. Furthermore, if you neglect to include an attachment, Apple Mail is now able to detect these blunders and allow you to correct them.

The iOS 16 upgrade for the iPhone will include the Apple Mail update. Furthermore, the new functionalities will be available with macOS Ventura and iPadOS 16 for Mac and iPad users, respectively. 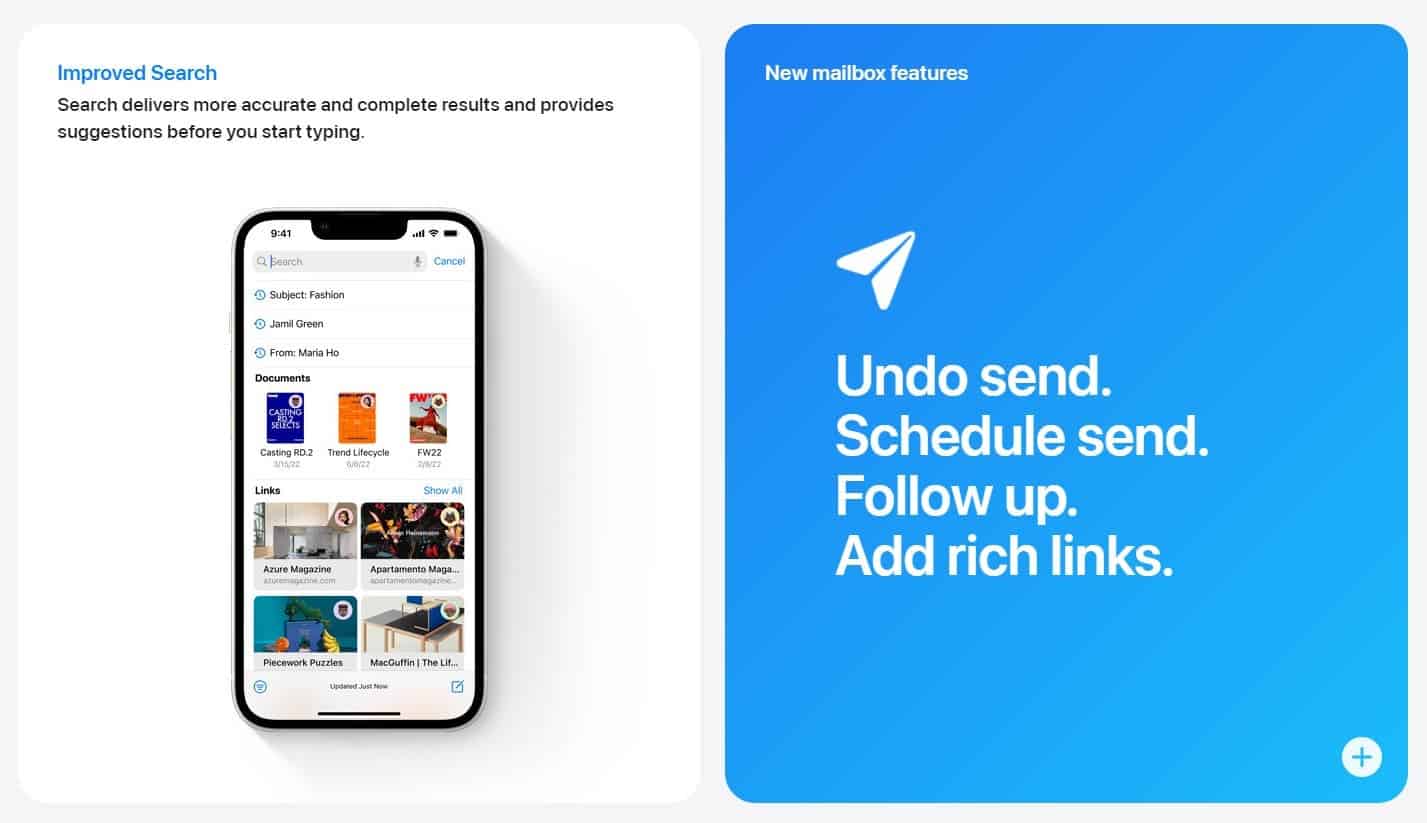 Apple recently hosted its annual WWDC news conference, during which it revealed iOS 16, macOS Ventura, and watchOS 9; as well as the new MacBook Air and MacBook Pro equipped with the Apple M2 SoC.

iOS 16 has created a lot of debate, with many people claiming that Apple is once again mimicking Xiaomi. Yes, just like that, and not the other way around, as it had been for many years.

Apple brought earth-themed super wallpapers to iPhone with iOS 16. At the same time, Xiaomi introduced planetary super wallpapers in MIUI for its devices in 2020. Many people now claim that this invention is based on MIUI.