All Apple fans and the company’s rivals are waiting for the upcoming event in the fall, where the Cupertino-based company will introduce the next-gen iPhone models. There have been tons of leaks, rumors, and semi-official information concerning this or that feature of the models in the series. In this regard, we have to say that the Pro versions are going to bring truly significant changes. Recently, 9to5mac talked about those improvements. And looking at them, we have all reasons to think that the iPhone 14 Pro and the iPhone 14 Pro Max will really differ from all other and previous iPhone models a lot.

With every iteration, the iPhone gets some changes. Some of them are just marketing gimmicks, some are real enhancements, and some are out of time. However, one thing is beyond question: whatever Apple does, people like it. So if information concerning the design of the forthcoming iPhone 14 Pro and iPhone 14 Pro Max is accurate, then, we will see a new kind of display. Therefore, it might become mainstream. Well, according to the latest news, the phones will feature a new “pill + punch-hole screen” instead of a notch. This will free up some extra screen space. So in terms of numbers, they will have a higher screen ratio. In practice, it wouldn’t play an important role in terms of user experience. 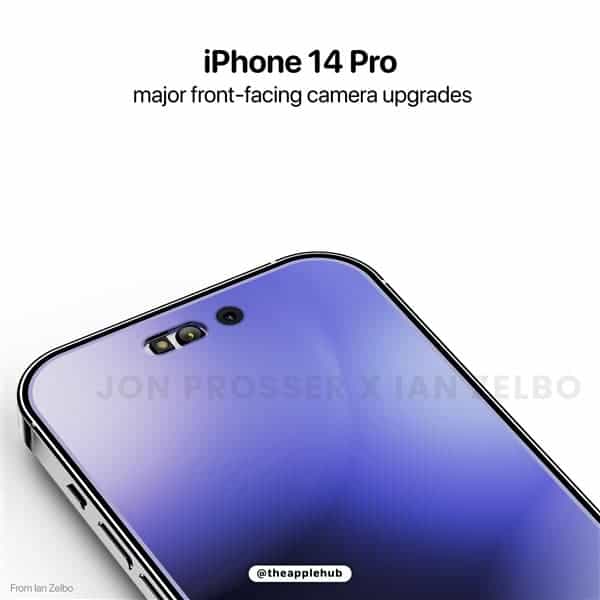 Among other highlights, we can mention:

We guess Apple’s iPhone 14 Pro Max ought to come sometime in September this year. Except for some cases, usually, Apple launches new iPhone models in September. The company usually holds a special event on the first or second Tuesday in September to announce new iPhone models. As for this year, it should be on September 6 or September 13. At the same time, booking usually starts on the Friday of the week of the event, with the official launch a week later.

Every Detail We Know About the iPhone 14 Pro / Pro Max

Well, today, Apple Hub summarized everything we know about the mentioned two models. Like the previous generation, the Pro version will also be available in two sizes, 6.1 inches, and 6.7 inches. That’s not difficult to guess the names of the phones – iPhone 14 Pro and iPhone 14 Pro Max.

This is everything we know about the upcoming iPhone 14 Pro models three months before launch. Are you excited? pic.twitter.com/8fr6DfNFif

Both will support a high refresh rate of 120Hz as well as an on-screen display. Inside, they will host yet-to-be-announced Apple A16 chips and 6GB of memory. We already mentioned above that the rear camera will be upgraded to 48MP. Also, these handsets will support WiFi 6E. logically, the prices may go up.

It is worth noting that the button position of the iPhone 14 Pro Max has been slightly modified, Plus, the SIM card tray and 5G antenna differ from those of the iPhone 13.

In addition, the frame of the iPhone 14 Pro Max has become much narrower, from 2.42mm of the iPhone 13 Pro Max to 1.95mm. So we can state that the visual effect is closer to today’s flagship Android phones.