Google pixel 6a was announced in May 2022 but officially available in late July. From the days of the Nexus series to the days of the Pixel series, Google phones have never disappointed. Pixel phones have always been one of the fastest smartphones due to the stock Android software running on them. Google also gives you not less 3 years of system and security updates on your Google smartphone.

Google released the Pixel 6 series in late 2021 to rival the iPhone 13series and the Galaxy s21 series. These smartphones received a warm welcome due to its uniquely styled design and the new Android expectations. As always, that wasn’t all for the pixel 6 series. Google always releases a mid-range version in a few months after the release of the flagship versions.

That brings us to the main subject of this article. The Google pixel 6a was announced in May 2022 and officially became available for purchase on the 21st of July 2022. This smartphone unsurprisingly obtained a lot of attention from midrange smartphone enthusiasts. Most people who purchase midrange phones look out for flagship performance at a midrange price.

Are you a fan of midrange phones? Are you planning of laying your hands on the Google pixel 6a? But not so sure of what you are about to spend your money on? then we have all that you need to know about the new Google Pixel 6a. I will list both the pros and cons to help you easily decide based on what you are looking for. I will list the pros first followed by the cons. Now, shall we begin. 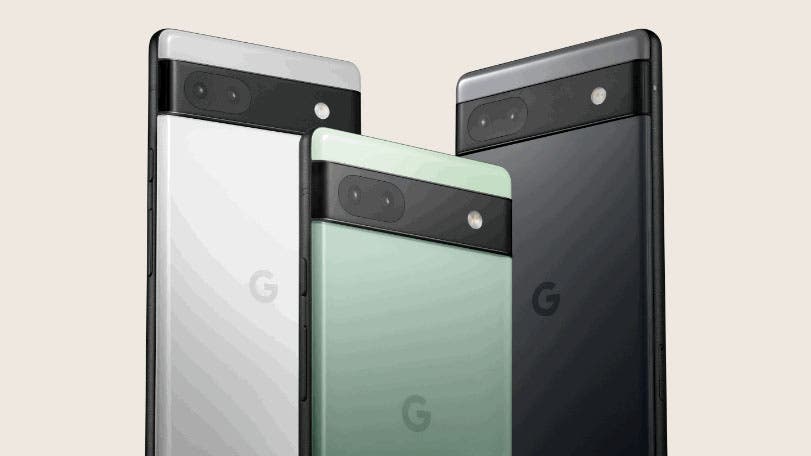 Pros of the Google pixel 6a

Voice Transcription
Do you find typing boring as a lot of people do? have you ever wished you can just speak the words while someone types them for you? This is where the Google pixel 6a comes to play. Of course you can get numerous apps out there doing the same job but who wouldn’t rather love to have it preinstalled on the device? Google has actually put in a lot of work to make sure this voice transcription app works unbelievably well.

Adaptive Charging
The Google pixel 6a also comes with the adaptive charging technology. What this feature does is that, it learns your daily usage and charging patten, then adapts a safe way of charging your device especially whilst you sleep at night. This help prolong the health of the phone.

This exclusive experience is quite interesting as it takes away the boredom of the everyday black and white texts on the phone screen. This featured changes the whole theme of the phone to match the colors of the wallpaper you set.

Light Weight
Most people who love midrange phones do so not just for the price but also for the weight of the device. In the midrange segment, weight plays important role since most people don’t like walking around with heavy phones in their pockets. Weighing just around 178g, the pixel 6a surely weighs light enough to carry around.

Great Camera
Google pixel cameras have always been one of the main selling points due to the software processing Googles uses to help in taking great pictures with the phone’s camera. The google pixel 6a is not far behind the flagship phones when it comes to the quality of the camera. The dual rear sensors are both 12MP sensors (12MP main and 12MP ultra wide) . Now don’t be discouraged by the 12MP sensors because Google has done a lot of software optimizations  to make sure you get a flagship level camera quality.

Cons of the Google pixel 6a

60Hz Refresh Rate
Now this is a disappointing one. I mean 60Hz refresh rate on a midrange phone sounds like a joke, especially in times where most phones within the same price range are rocking either 90Hz or 120Hz yet Google gave us just a 60Hz on a device of this build quality. I think that will be a big no go area for a lot of midrange enthusiasts.

No 3.5mm Jack
Well I get it, 3.5mm jacks are gradually fading away from smart phones but let’s also admit the fact that most headphones in the system are still clipped with 3.5mm, so adding a 3.5mm jack to midrange phones only gives more options to the end user.

It looks like Google needs to be reminded of this because I think they forgot. I mean there’s no point taking out face unlock when almost all other competing phones come with a face unlock. It comes with an underscreen finger print scanner but again adding a face unlock only gives the end user more usable options.

When the Pixel 6 and 6 pro were launched, a lot of people including myself were happy to see a slim bezel on a Google phone for the first time. Google on the other hand had something else in stock for us. Although the bezels on the Pixel 6a aren’t as big as what we have previously seen on other pixel phones, it still looks big to notice the moment you turn on the screen.

In conclusion, I think the Pixel 6a is an excellent device. The compact looks, the build quality and the beautiful design makes the phone feel futuristic. But a 60Hz refresh rate on a midrange phone, no face unlock, the lack of 3.5mm jack and the large bezels take a lot away from this device. Sorry to say I can’t recommend this device because it isn’t the best midrange phone out there. With an amount close to $450 you could get yourself a smartphone that packs almost every spec the Pixel 6a is lacking.

Next Vivo Y35 with Snapdragon 680 chip and 6.5" display is coming soon