According to the Australian Associated Press, in a legal battle with the Australian competition watchdog, Google has agreed to pay a fine of $60 million. This is because the technology giant is collecting misleading users about personal location data. In April last year, the Federal Court of Australia found Google had violated consumer laws by misleading some users. Google makes users believe that it is not collecting personal data about their location through mobile devices powered by the Android operating system. However, it continues to collect and access location data when a user’s location history is set to “off” but their web and app activity is “on” and they are using its apps. Thus, the users consider this act as “stealing” their personal location information. Google has also been found to have violated two other consumer laws involving conduct that may mislead the public and misleading claims about service performance characteristics. The Australian Competition and Consumer Commission said at the time the decision sent a clear message to digital platforms requiring them to be upfront with consumers about the use of their data. The two sides had reached a “just and reasonable” consensus on a $60 million fine, a brief hearing in the Federal Court of Australia on Friday was heard.

In the next few years, Alphabet’s Google Fiber service will enter Arizona, Colorado, Nebraska, Nevada and Aida in the United States. The service will also stretch into the Netherlands. This was revealed by Google Fiber CEO, Dinni Jain in his first-ever interview since taking office in February 2018. It is also the first major expansion of the business since its solo flight from parent company Alphabet in 2015. Jain claims that Google Fiber has been optimizing its business for the past four years and is now poised for a higher growth rate. 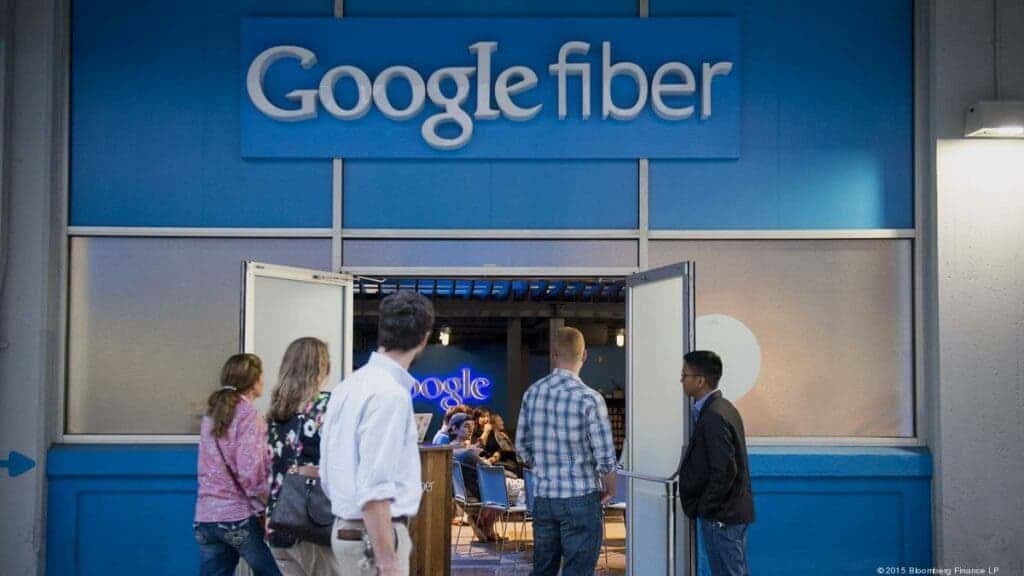 Jain was reluctant to discuss Google Fiber’s current operating performance or financing plans. Before, Google transferred some innovative research and development businesses to Alphabet. After independence, some of these businesses attracted external investment and proved development prospects; some were forced to close or merge into other departments. In the next three to five years, as Google Fiber expands, the subsidiary will face the same situation.

Google Fiber’s business expansion this time is unusual. More recently, tech companies such as Google have slowed down social hiring, shuttered some fringe businesses, and cut costs. The tech industry is worried about a possible global recession. Jain claims that the goal of Google Fiber is to develop a business that can be self-reliant and self-successful.

In 2010, Google began to enter the US Internet broadband access market, competing with telecommunications companies such as Comcast and AT&T. At that time, Google’s two co-founders, Page and Brin, said that they had long hoped that the United States would improve broadband at a lower cost. However, they were tired of waiting for the US Congress for a long time and were determined to do it themselves.

Read Also:  Google Fitbit users will be forced to migrate to Google Accounts

Google Fiber was a success. In Austin, Texas, where the service is available, and Los Angeles and California operators struggle to roll out gigabit broadband. They are also struggling to catch up with Google Fiber’s bandwidth. Before joining Google Fiber, Jain was Chief Operating Officer of Time Warner Cable. He recalled that Google Fiber drove the telecom industry crazy. In 2015, Google underwent a major restructuring. Optical fibre broadband, express drones, human anti-ageing technology and other businesses were separated from Google’s core business. In addition, the two founders, Brin and Page, began to fade out of business management.

At the time, Google Fiber was facing losses of hundreds of millions of dollars a year. The company was also facing huge spending on building network infrastructure. Furthermore, it is developing new technologies for fibre-optic communications, and subsidizing certain consumer services.

The Wall Street analysts heap praises on Google Fiber for its greater transparency, as well as cost containment measures. Jain is optimizing the company’s business and ditching failing ideas (like tying fibre-optic cables to sidewalks to save construction time). Last year, Google Fiber’s engineering construction scale hit a new height. Jain claims that the company had to undergo a transformation. The company had to move from a strong innovation culture of the past to a better operational track record.

In the field of fibre optic communications, Google Fiber believes it has some competitive advantages. For example, the depth of the optical fibre trench is shallower than that of competitors. This saves the company some construction time. The company also has a simple broadband pricing system and set-up process. This reduces consumer phone inquiries, thereby cutting service costs.

Jain claims Google Fiber had a third fewer customer service calls than its competitors. The current number of new user registrations is “very healthy” and better than back in 2018. Furthermore, Jain reveals that Google Fiber is also preparing to launch a small-area wireless communication service. This service uses fibre-optic networks through the “Webpass” sub-brand. It is mainly for large buildings with many rooms or units. In addition, in some cases, the company also leases fibre network resources to other communication service providers.

Previous Narzo 50i Prime Sale In The Philippines: Price & Where To Buy