The Moto Tab G62 has been spotted on Geekbench with key specs. The Geekbench listing has been discovered ahead of the tablet’s India launch. Motorola is prepping to launch a new Android tablet in India soon. The company recently confirmed that the Moto Tab G62 will launch in India on August 17. To recap, the Moto G32 and G62 5G smartphones landed in the country earlier this week. 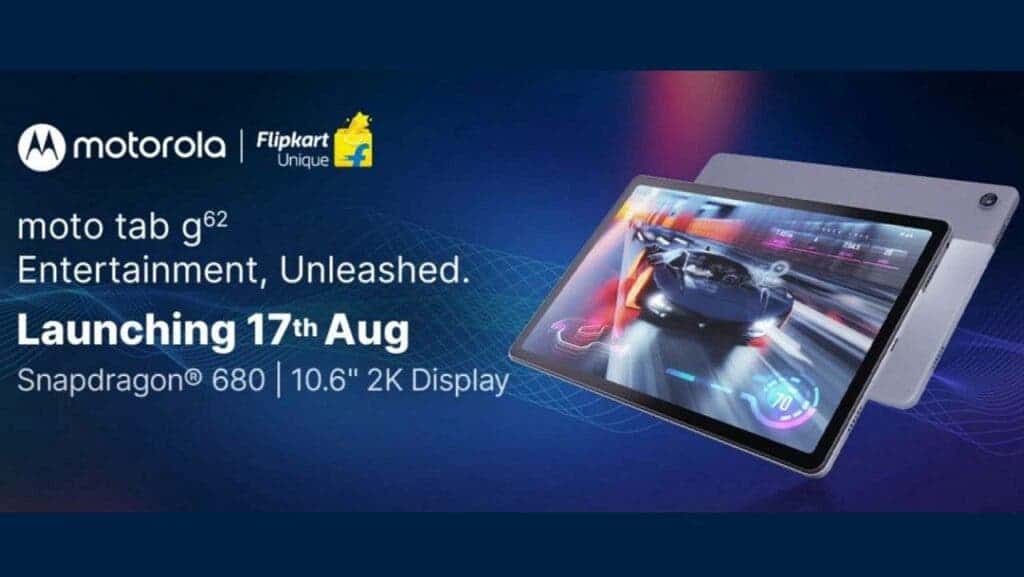 Likewise, the Lenovo-owned company has already launched two tablets dubbed the Moto Tab G20 and Tab G70 LTE. So, the Moto Tab G62 will be the third entrant in Motorola’s G-series of tablets. The company also confirmed that the upcoming tablet will be available for purchase in India via Flipkart. Also, a slew of other key details of the tablet has surfaced online. Now, the slate was spotted on Google Play Console back in June.

The upcoming Tab G62 has passed through the Geekbench database. The Geekbench listing confirms model number XT2261-2. Further, it shows that the device packs an octa-core Qualcomm SoC. This processor has four cores clocking at 2.4GHz. Also, it has four other cores that clock at 1.9GHz. This is a Qualcomm Snapdragon 680 SoC. Moreover, the device will pack a competent Adreno 610 GPU for graphics. 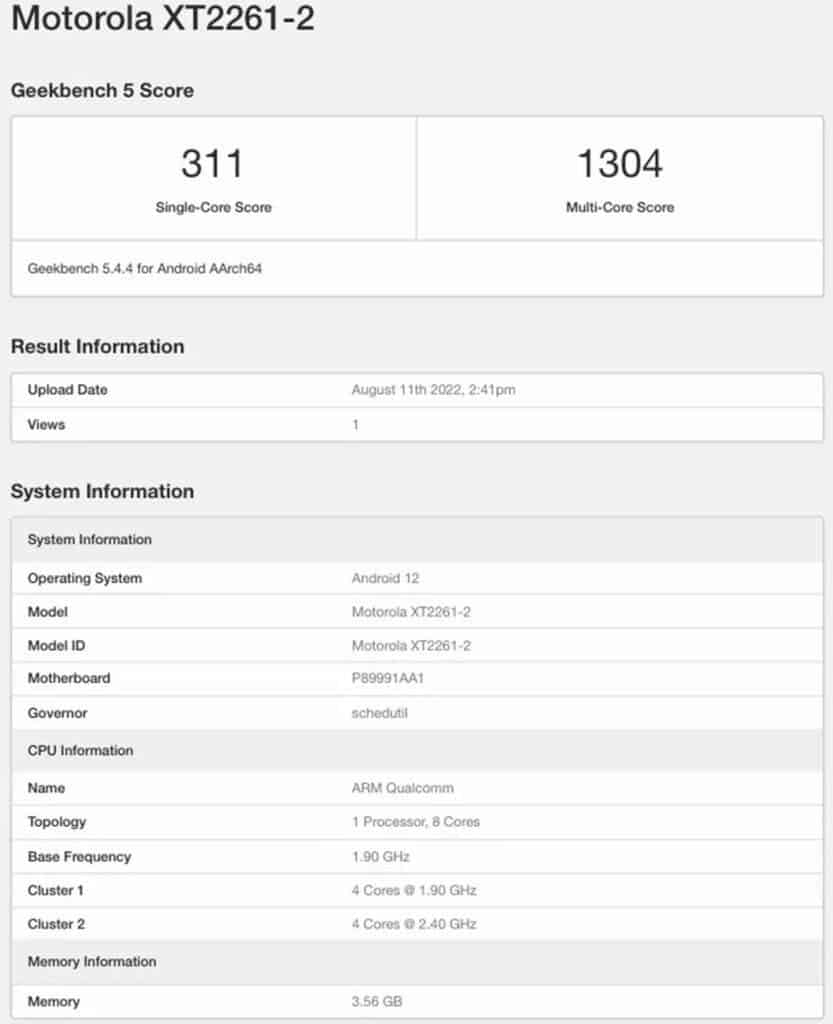 As per the Geekbench listing, the tablet will ship with 4GB of RAM. Further, it will boot Android 12 OS out of the box. Now, the tablet will sport a mammoth 10.6-inch IPS LCD panel with 2K resolution. You will be able to choose between a 4G LTE and Wi-Fi-only variants. Also, the Android tab will feature four speakers with Dolby Vision support. A robust,700mAh battery unit will be powering up the entire system.

This cell will support 20W fast charging. The tablet adopts a sleek and premium metal design. Morever, the device offers a dedicated reading mode. It also carries a TUV certification for eye protection. The Moto tab has Entertainment space and Google Kids space as well. Lastly, the tablet houses a single camera on the back and a front shooter for video calling.

Previous How will the US "Chip and Science Act" affect the EV chip market?