There are a couple of companies that have a rugged-centric approach in the tech segment. However, when it comes to the mainstream smartphone and tablet makers, Samsung is the only one that still has an effective lineup of rugged tablets and smartphones.  Back last month, the company introduced its Samsung Galaxy XCover6 Pro smartphone. Now, it is gearing up to introduce a new tablet that will carry the Samsung Galaxy Tab Active4 Pro moniker. The device has passed through several certifications, so it’s fair to assume its launch is imminent.

The upcoming ruggedized tablet got the green light from Bluetooth SIG, Google Play List, and Google Play Console. Thanks to these listings, we already know some of the device’s specifications. For instance, the device will carry the Qualcomm Snapdragon 778G processor. This processor is decent but means that the Samsung Galaxy Tab Active4 Pro will be, for all effects, a mid-range tablet in terms of performance. 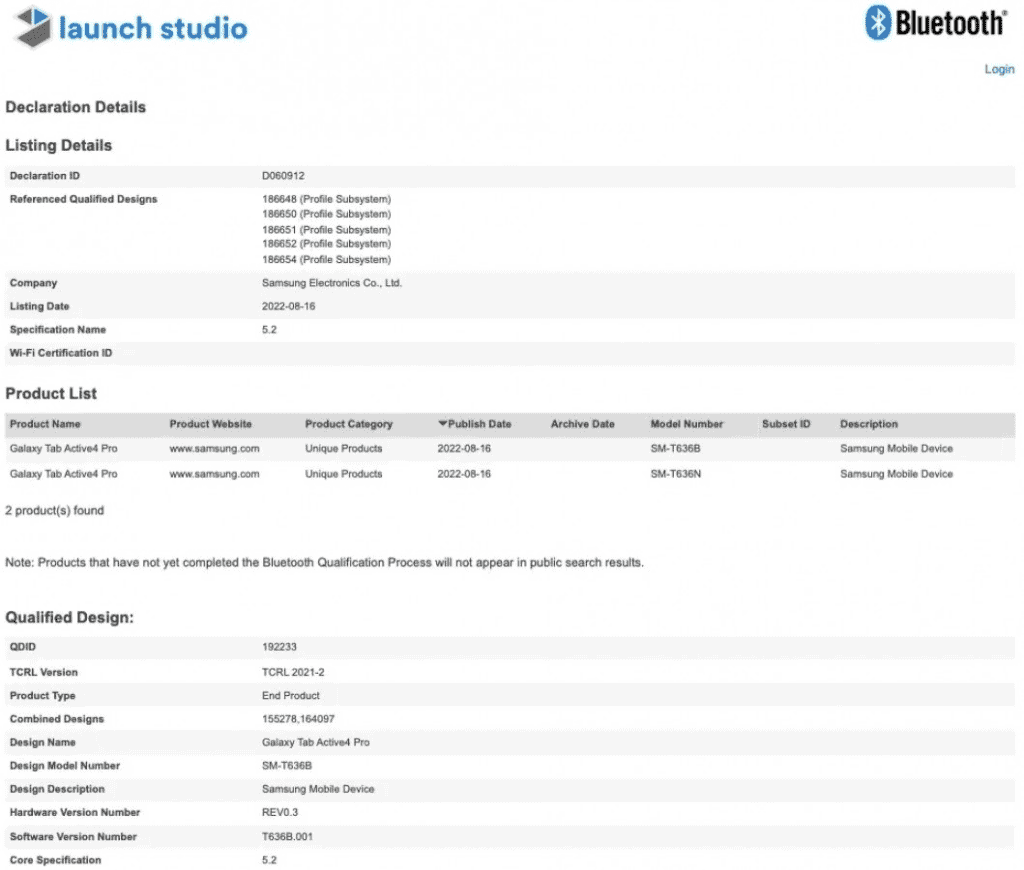 Apparently, there are two models coming with model numbers – SM-T636B and SM-T636N. Apparently, one is the Wi-Fi-only variant, while the other is the one with LTE and 5G connectivity. It’s a plus to see 5G connectivity, as the market is claiming for more 5G-ready tablets. Worth noting that both variants of the Galaxy Tab Active4 Pro will come with Bluetooth 5.2 standard. The tablet also has 4 GB of RAM, but we assume this is just one particular variant. We expect at least one more with 6 GB of RAM. The resolution of the tablet is 1,920 x 1,200 pixels with a 16:10 aspect ratio. Unfortunately, the screen size is still a mystery.

Interestingly, Samsung is, once again, pushing Android 12L with these tablets. The version is oriented for large devices such as tablets and foldable, and the Galaxy Z Fold4 was the first device to run it straight out of the box. The company is also expanding the features to older models. So, the company clearly wants to build a solid experience using Android 12L base.

Unfortunately, there is still no word on the Galaxy Tab4 Pro release date, but we expect a quiet release in some markets.