An image of a new Google Chromecast has just appeared online. The image looks very similar to the Chromecast we already have on the market. There may be some physical differences but you need to hold the device in hand to determine the difference in weight or difference in size.

The older Chromecast came bundled with a Google voice enabled remote control and 4K HDR video output. But the upcoming one may come with only 1080 pixels resolution. However, it will possibly use the same Google Assistant remote control like the previous edition. 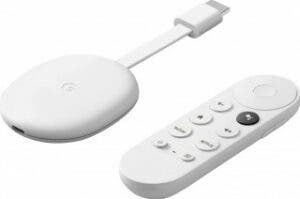 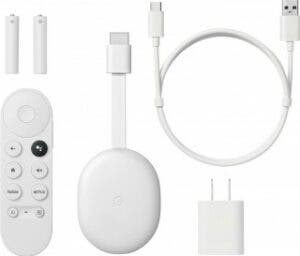 Citing from a Twitter post by SnoopyTech we can confirm that the new Chromecast with Google TV HD is already in stock in American stores. It also has a price tag set at $40. Despite being in stock, it is not an officially launched product.

Google has an upcoming launch event on October 6. At the event, Google will be launching the Pixel 7 series and other consumer electronic products. Therefore, it is very likely that the new Chromecast device will also get its announcement on October 6.

The promotional images we saw came from WinFuture which showed a similar design like the previous edition which was released about 3 years ago. The images show the Google Chromecast device with a Google voice remote and other lifestyle images. It also shows the content of the package which includes the Chromecast device, USB-C to A cable, USB-A power adapter, Bluetooth voice remote, and generic AA batteries. 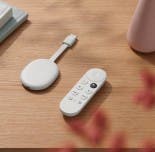 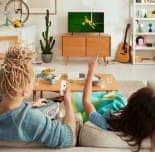 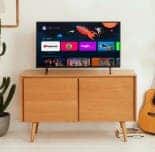 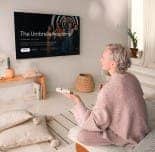 Google Could Have More Plans For The Chromecast

It is quite intriguing why Google will decide to release a new Chromecast which happens to be a downgrade rather than an upgrade. It could be that google is trying to offer a cheaper alternative to the previous edition. Or possibly there is even a higher end version they are preparing to launch in place of the previous edition. Whatever the reason is, Google will make it clear to the whole world on October 6.

Next Honor X40, the world's thinnest smartphone released for $214