Google will hold its Made by Google conference on October 6 to unveil a set of its new products. Among them are the much-anticipated Pixel 7 and Pixel 7 Pro, about which we continuously get new leaks. Now, we have new details on The Google Tensor G2 processor.

The developer Kuba Wojciechowski believes he has access to the chip’s technical specifications according to a file discovered on Geekbench that corresponds to the Pixel 7 Pro. According to the materials that have been made public, the Tensor G2 would not constitute a revolution in itself.

This Pixel 7 SoC may use the same configuration as the original Tensor of the same name. Which had two Cortex-X1 cores with high performance, two Cortex-A76 cores with moderate performance. And four Cortex-A55 cores with extremely low power. Where would the genuine distinctions then be, though?

Another adjustment to consider is the finer engraving, which is 4 nm in size rather than 5 nm. According to Android Authority, each of these minor enhancements would boost the overall performance of the Pixel 7 and 7 Pro by 10% to 15%. In summary, neither unusual nor outstanding. 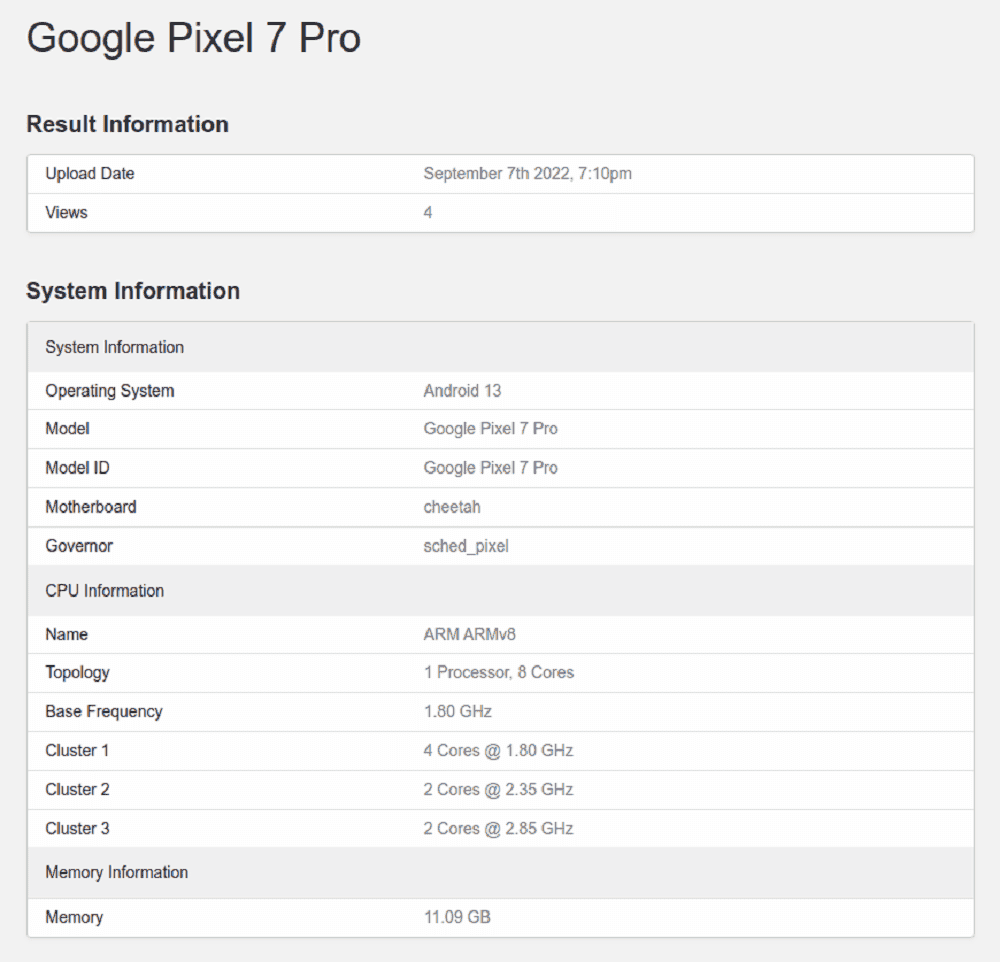 The predicted upgrade from generation to generation is less significant. The Tensor G2 should continue in this direction with very minor improvements. It’s unfortunate since after a good Tensor 1, but lagging behind the competition, we would have hoped to see Google step up its game in this specific area.

In order to increase graphics performance and efficiency, the Google Tensor G2 might potentially choose to use a Mali-G710 GPU instead of a Mali-G78 GPU, which is the same GPU found in the MediaTek Dimensity 9000. It’s 20% more energy efficient than the previous one. Anyway, we’ll need to wait for the smartphone to arrive to draw fresh conclusions about it.